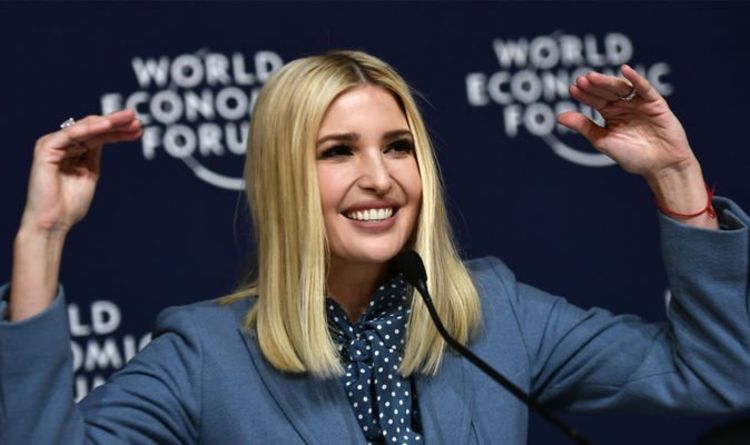 In a shocking move from the first daughter, Ivanka decided to take the opposing view of her father and said Ms Thunberg is a “positive” influence on society. “I’m not going to criticize anyone who’s bringing their energy and voice,” she said. The remarks from Ivanka come as the climate change activist decided to criticise business and political figures who had gathered at the elite WEF, for not doing enough to tackle climate change and warning that time was running out. Yet Ivanka maintained her support for Ms Thunberg “I think she’s elevated awareness and that’s a positive thing.” gushed the First Daughter.

Ms Thunberg is known for speaking out about what she believes are environmental injustices, at WEF her speech addressed the ongoing global warming “crisis”.

“We need to start listening to the science, and treat this crisis with the importance it deserves,” said Ms Thunberg,

“I wonder, what will you tell your children was the reason to fail and leave them facing the climate chaos you knowingly brought upon them?” she questioned, according to The New York Times.

Back in September Ms Thunberg appeared at a UN summit where she caused controversy with a speech where she accused leaders of “stealing her dreams.”

Her speech began: “How dare you.

“This is all wrong. I shouldn’t be up here.”

She continued: “I should be back in school on the other side of the ocean. Yet you have come to us young people for hope. How dare you. You have stolen my dreams and my childhood with your empty words.

“We will not let you get away with this,” Ms Thunberg said. “Right now is where we draw the line.”

This will tip the total price tag of the trip past $ 4 million (£3.6 million), which the taxpayers are expected to pick up through the State Department budget.

This total cost does not even include security costs, salaries, or the estimated $ 2.2 million (£1. 8 million) necessary to fly Air Force One round-trip between the US and Zurich and the Marine One helicopter flight from Zurich to Davos.

Mr. Acosta can be heard asking: “Any comment on your father’s impeachment trial? Any thoughts?”