‘Trump just kicked over the chess board’: GOP faces an election with more pain 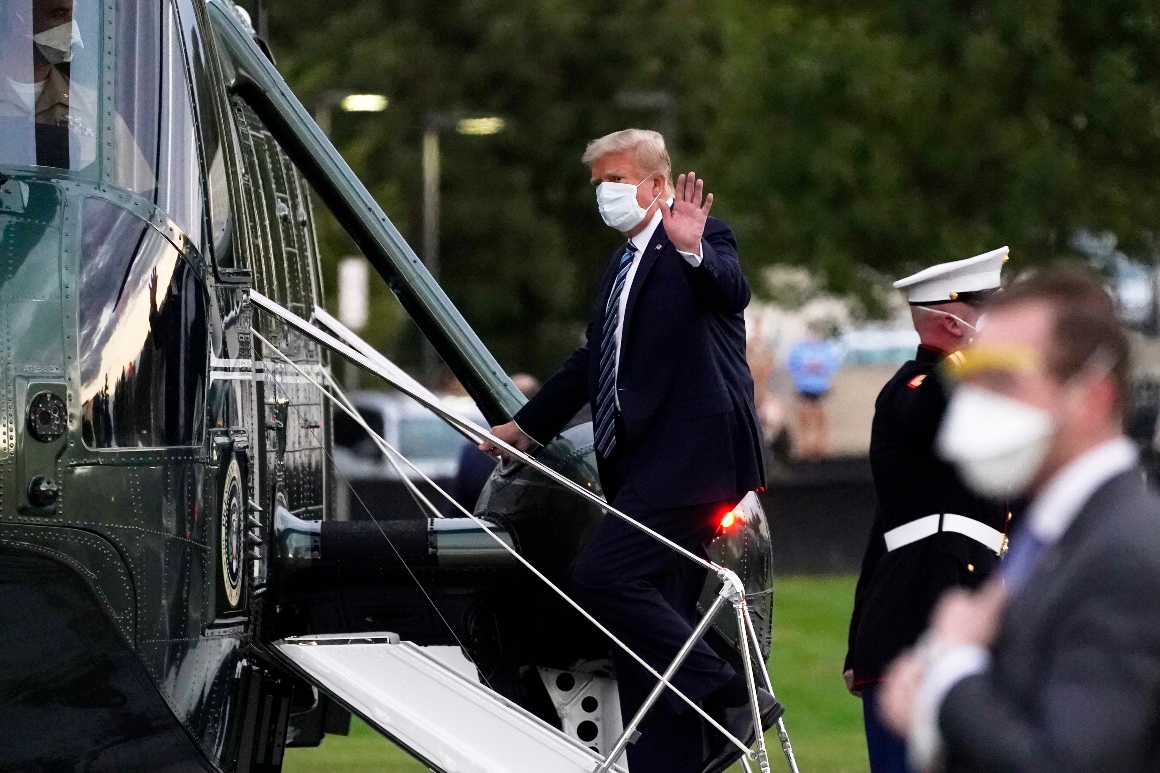 Now, millions of struggling voters — including in key swing states — will probably not see any more enhanced unemployment benefits or direct stimulus checks before the election. Layoffs, especially in the airline industry, could continue to mount. And some of the remaining 40 percent of small businesses that initially closed during Covid-19 lockdowns but managed to hang on could shut for good.

“Trump wants stimulus and it’s more in his political interests than anyone else, particularly given where the race stands at the moment,” said Jeremy Lawson, chief economist at Aberdeen Standard Investments. “And another $ 2 trillion or so would clearly have had a significant impact. The failure to extend stimulus is clearly playing a role in the reduced speed of the recovery the last couple of months.”

As with everything else in the political world at the moment, nothing seemed fully settled on Wednesday and Wall Street once again embraced hope that perhaps some kind of stimulus could clear a deeply fractured Congress and get to Trump’s desk before the election.

After saying he was killing the talks because Democrats were demanding too much money for “failed, high crime, Cities and States,” Trump later on Tuesday called for stand-alone bills to aid the airline industry and provide more money for the Paycheck Protection Program to assist small businesses. Pelosi herself had suggested stand-alone bills in the past. But she is unlikely to call members back from their election season recess unless there is a comprehensive agreement, which now seems close to impossible.

Adding to the confusion, White House chief of staff Mark Meadows said Wednesday that he and Mnuchin were considering a slimmed-down stimulus aimed at sending out more direct checks to Americans along with small business and airline aid.

But top White House economic adviser Larry Kudlow said on CNBC on Wednesday that he saw a “low probability” that anything could get done and that upcoming Supreme Court confirmation hearings in the Senate would make it more difficult.

“We’ve only got four weeks to the election and we have a justice of the Supreme Court to get passed,” Kudlow said. “It’s too close to the election — not enough time to get stuff done at this stage in the game.”

With that message, Kudlow opened the White House up to criticism that it was placing the Supreme Court seat above assisting an economy in which 26 million remain on some type of jobless assistance. The U.S. labor market remains only about halfway to replacing the 22 million jobs lost to the pandemic.

The wildly mixed messages coming from the administration — coupled with the fact that Democrats appear confident the election is turning their way up and down the ballot — suggest no stimulus is likely to arrive soon for an economy that has seen hiring slow sharply and personal income and spending decline as the roughly $ 4 trillion in stimulus previously approved runs out.

Many investors are counting on a deal after the election or at least a giant fiscal boost if Democrats take control of the White House and the Senate in January. But that could leave the economy fizzling out in the coming months just as another wave of coronavirus cases overwhelms consumers and businesses across the nation.

Joseph Brusuelas, chief economist at consulting firm RSM US, said in a note to clients Wednesday he had downgraded his expectations for economic growth to a paltry 2.25 percent pace in the fourth quarter and 2 percent in the first quarter, “because of a likely lack of fiscal aid that will affect the economy and a growing uncertainty around the U.S. election.”

More broadly, some Republicans expressed surprise and dismay that Trump did not push harder for more stimulus back in August when Mnuchin and Pelosi initially thought they had a rough agreement for between $ 1.6 trillion and $ 2.4 trillion in new stimulus. Trump over the summer occasionally tweeted about his general support for further stimulus but balked at Democrats’ demands for aid to state and local governments.

Trump’s Covid-19 diagnosis last week and three-day hospital stay injected further distractions into the stimulus talks. Then the president returned to the White House from Walter Reed Medical Center and essentially blew up the talks, attempting to shift blame to Democrats for not accepting a smaller bill.

Few Republicans are confident that Trump will be able to shift the narrative on who is to blame for the lack of fresh aid during a pandemic.

“There’s no strategy here. Trump just kicked over the chess board and committed political [suicide] in front of all of us,” said J.W. Verret, a George Mason University law school professor and former chief economist and senior counsel to the House Financial Services Committee when it was controlled by Republicans.

Meanwhile, the economic damage from the expiration of stimulus is already evident anywhere you look, from initial jobless claims remaining close to one million every week and the pace of returning jobs slowing from nearly 5 million in June to just 661,000 in September. Personal income dropped 2.7 percent in August as extra unemployment benefits ran out.

The pain is not at all limited to blue states. Unemployment in the swing states of Pennsylvania, Ohio and Michigan, for example, remains above the national level of 7.9 percent. And that overall number, while down from a Covid-era high of nearly 15 percent in April, is still well above the level at which incumbent presidents tend to get reelected.

Analysts on Wednesday suggested that had Trump pushed the Senate GOP early on for a new stimulus bill topping $ 1 trillion he might have pulled along Senate Majority Leader Mitch McConnell and enough of the GOP caucus.

But as the months dragged on, the president had far less leverage with the Senate GOP and now seems likely to head into Election Day with key sectors of the economy struggling even more in the coming weeks.

“Trump and Mnuchin have been caught between Pelosi and Senate Republicans right from the beginning of this, and Trump was never able to manage these competing demands,” said Lawson. “And it’s reasonable to say the recovery would have been faster if they could have agreed to something.”