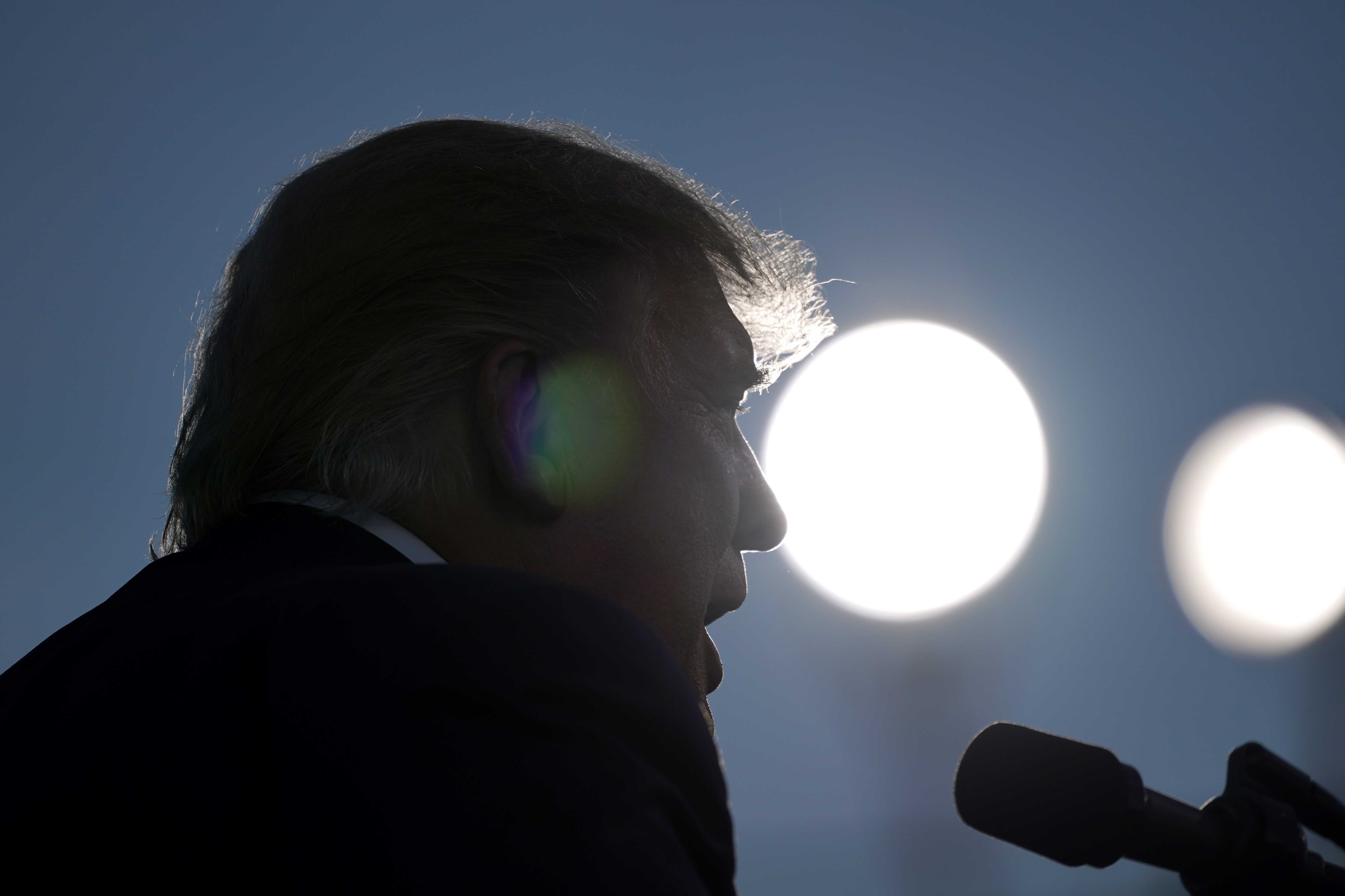 It’s a much different approach from former New Jersey Gov. Chris Christie, a debate coach for Trump’s first presidential debate last month who also contracted Covid-19 around the same time. Upon leaving a weeklong hospital stay, Christie said he was “wrong” for not wearing a mask at the White House and said the president should encourage Americans to wear them.

Trump’s portrayal of his health has long been an avenue for him to display his tough-guy cred. It’s carried from his time as a high-profile marketer to his 2016 campaign, when his doctor released an exaggerated assessment of his health, to his genuine aversion to germs as president in order to avoid getting sick.

Privately, the president has long bragged to staff about his ability to outlast them on long travel days and at rallies. He views the length of his speeches as a transactional way to reciprocate the enthusiasm of his supporters, one aide said.

One former senior administration official joked Trump would speak for more than 90 minutes at a nighttime rally, board Air Force One, eat a cheeseburger and keep working with phone calls and meetings — feeding into the portrayal of his desire to appear to work all of the time.

“The president obviously talks about his IQ and personal fitness a lot,” said a second former senior administration official, who said much of the White House staff recognized it as hyperbole. “He usually does it to compare himself favorably to others.”

Trump is also incredibly protective of any information about his health, viewing it as one of the last bastions of his privacy, say current and former senior administration officials. The president and his aides still have not made public why he made an unannounced trip to Walter Reed hospital for a few hours on a Saturday afternoon last November.

People familiar with the episode say the visit did appear on the White House’s internal schedule in advance. At the time, the White House doctor said Trump was not evaluated for any chest pain, urgent or acute issues, nor did he undergo any specialized cardiac or neurologic evaluations. But Americans still do not know why Trump needed to make the visit at all, when so much medical care and equipment is available at the White House. It left unanswered numerous questions about his health, much as his recovery from Covid-19 did.

Trump has treated his Covid-19 recovery and the outbreak among White House staff and advisers as a problem he can overcome in this final stretch of the election through a frenzied schedule of rallies and events in Iowa, Pennsylvania, Georgia, Florida and North Carolina, as if the pace of the activity will make voters forget about his brush with the sometimes-deadly virus.

Last week, he told supporters in Pennsylvania that once he took some drugs for the coronavirus, he “felt like Superman.”

He has said repeatedly that the country was “rounding the corner” on Covid-19, even as health experts warned of a third spike of infections and an explosion of cases heading into the late fall and winter.

In his NBC town hall on Thursday, Trump spoke disparagingly about masks saying incorrectly that 85 percent of people who wear masks catch the virus. Health officials widely agree on masks as a low-tech way to stop the spread of the airborne droplets that can spread Covid-19.

By contrast, first lady Melania Trump used her own experience with Covid to try to empathize with the millions of Americans touched by the pandemic either through health problems or the resulting economic fallout.

“When my husband was taken to Walter Reed as a precaution, I spent much of my time reflecting on my family,” she wrote in a statement last week. “I also thought about the hundreds of thousands of people across our country who have been impacted by this illness that infects people with no discrimination.”

Unlike the first lady, the president did not use his Covid-19 diagnosis to connect with a broader swath of Americans or speak to their plight in navigating health care during a pandemic.

“What Trump most fears and denies is weakness,” said Tony Schwartz, the author who ghost-wrote “Trump: The Art of the Deal” and just published a memoir titled “Dealing with the Devil: My Mother, Trump and Me.” “I can only imagine he found it virtually intolerable to be in a hospital. ‘I am not a sick person, ever’ is how he sees himself.”

“He has always defined every outcome as a victory even when it wasn’t,” Schwartz added, saying half of the business transactions mentioned in “The Art of the Deal” actually were failures. “Trump’s advantage in promoting himself is that a victory is a victory, but he also declares victory in defeat.”