Trump launches his salvo against social media — will it land? 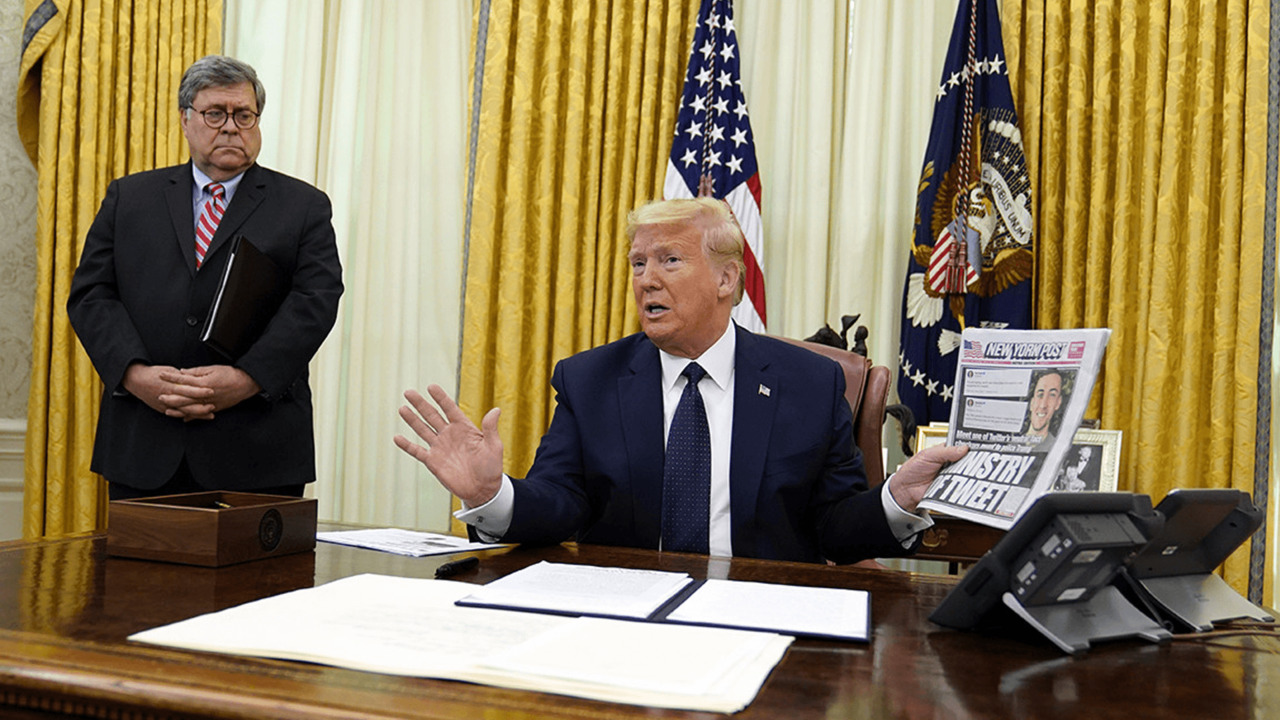 Under the executive order, Trump said he is asking regulators to reinterpret a law that shields internet companies from lawsuits over content on their sites, a safeguard that has allowed Silicon Valley’s giants to generate some of the world’s biggest fortunes.

“My executive order calls for new regulations … to make it that social media companies that engage in censoring or any political conduct will not be able to keep their liability shield,” he said,

But any such action depends on independent agencies and state attorneys general agreeing with the administration’s stance, and would certainly provoke a legal fight that would last long past November’s election.

Trump told reporters he would gladly quit Twitter — the platform where he has amassed 80.4 million followers — if the mainstream media weren’t biased against him. He has frequently used the platform to attack publications and individual news reports he deems “fake.”

He also singled out Yoel Roth, the head of site integrity for Twitter, holding up his picture on the cover of the New York Post. Roth has drawn attacks from conservatives in recent days after people unearthed old tweets in which he appeared to disparage Trump and his supporters.

The executive order isn’t the end of the administration’s actions, Trump said. The Justice Department is drafting legislation that would target Section 230 of the Communications Decency Act, a 1996 law that shields online platforms from liability for content created or shared by their users. Lawmakers created the statute with the rationale that online sites are conduits of information, rather than publishers that pick and choose what content to offer — a principle Trump and Barr accuse the Big Tech platforms of violating.

Barr declined to provide details on the legislation, saying the department is still considering options, but indicated litigation was likely on the horizon as well.

“One of the things that I found has the broadest bipartisan support these days is the feeling that this provision, Section 230, has been stretched way beyond its original intention, and people feel that on both sides of the aisle,” Barr said.

An early draft of the text drew swift condemnation from internet industry advocates and civil liberties groups, including some that regularly criticize Silicon Valley, after the language began circulating on social media and news reports. Some called it dangerous; some dismissed it as bluster.

“This reads like a stream of consciousness tweetstorm that some poor staffer had to turn into the form of an Executive Order,” said Daphne Keller, a former Google attorney who now leads the Program on Platform Regulation at Stanford’s Cyber Policy Center.

The order nevertheless adds more ammunition to a talking point that resonates with Trump’s online base and will appease some Washington conservatives who are skeptical of the tech industry’s influence over political discourse. And Trump’s escalation of the issue could have a chilling effect on internet companies weighing whether to make rulings on misinformation or other content as Election Day nears.