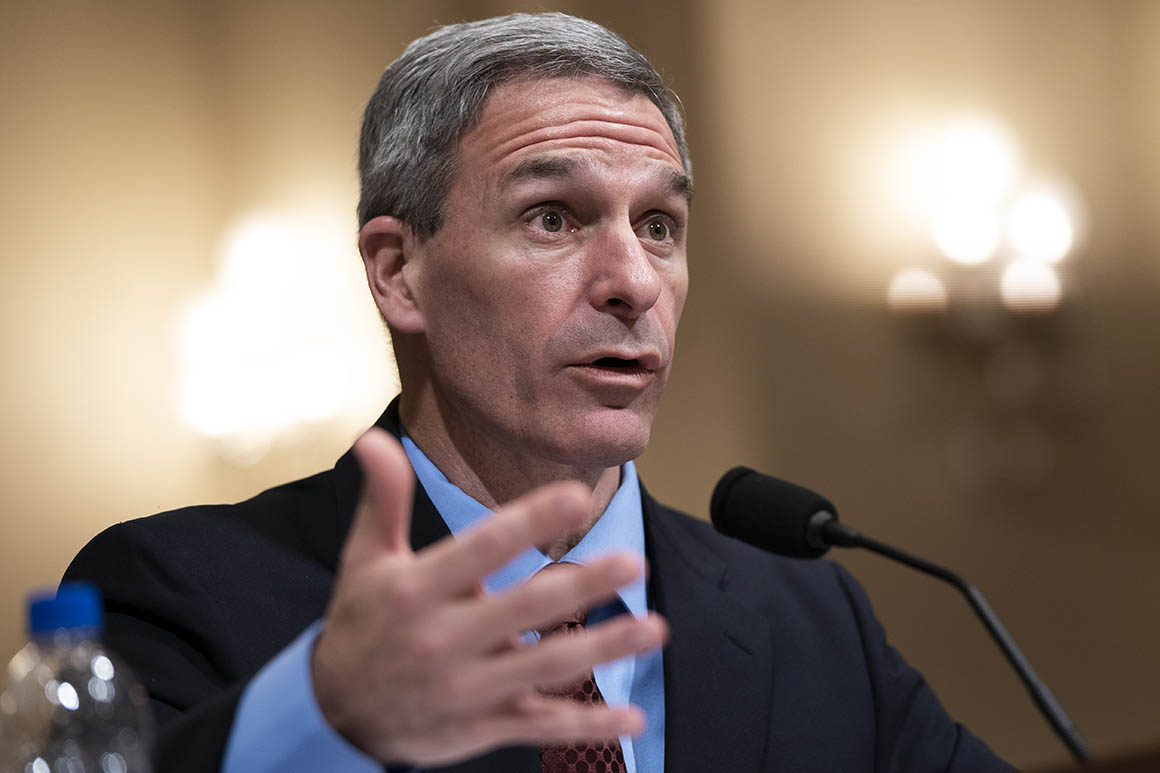 “The crowd has seen them every day, marked and so forth,” he added, dismissing reports of unidentifiable security officers taking aggressive action against protesters.

Cuccinelli also warned DHS would advance its various law enforcement components into other American cities “if we get the same kind of intelligence” about threats to federal facilities or officers, saying: “We would respond the same way.”

Portland Mayor Ted Wheeler urged the Trump administration Sunday to call off its intervention in the city, accusing the federal forces of “sharply escalating the situation” and employing tactics that are “abhorrent” and “completely unconstitutional.”

“DHS is not going to back down from our responsibilities,” Wolf told Fox News. “We are not escalating. We are protecting, again, federal facilities. It’s our job.”

Acting Customs and Border Protection Commissioner Mark Morgan also disputed the mayor’s assessment of the federal law enforcement presence, calling it a “stupid statement” that was “not based in reality or fact.”

Morgan described the Portland protesters as “criminals” who were “willfully coordinating, organizing and planning to intentionally attack and destroy federal property,” as well as harm U.S. government officers. “We’re not going anywhere,” he told Fox News.

The remarks from the three senior administration officials, none of whom were confirmed by the Senate to serve in their current roles, come amid national scrutiny of protesters’ treatment at the hands of DHS forces in Portland.

One viral video of the protests depicts a Navy veteran, who is standing still, being beaten with a baton and tear-gassed by a group of masked officers.

Another piece of footage from Portland widely circulated online shows two men wearing camouflage loading a protester into an unmarked van while refusing to identify themselves to onlookers.

Asked about criticisms of officers’ conduct Monday, Wolf placed blame on “local leaders” in Portland whom he said “have fostered this environment that allows these individuals to … do these very violent acts, destructive acts night after night after night.”

Tensions between the federal officers and protesters escalated significantly Saturday night, when the Portland Police Association building was broken into and set on fire in an incident local authorities declared a riot.

Oregon Gov. Kate Brown on Sunday likened the city’s federal occupation to “adding gasoline to a fire,” and said she “was very, very clear” with administration officials about the need for DHS officers to retreat from the city.

“The Trump administration needs to stop playing politics with people’s lives,” Brown, a Democrat, said. “We don’t have a secret police in this country. This is not a dictatorship. And Trump needs to get his officers off the streets.”

Oregon Attorney General Ellen Rosenblum, a Democrat, sued DHS and the Marshals Service in federal court Friday in an effort to halt the unlawful detention of the state’s residents.

Meanwhile, Mayor Lori Lightfoot of Chicago wrote to the Trump on Monday demanding gun-control reform, community outreach and investment in public safety instead of a sending federal forces. The letter, obtained by POLITICO, was in response to a June 26 White House message to the mayor and Gov. J.B. Pritzker of Illinois rebuking them for what it said was a failure to bring “law and order“ to the city. Lightfight rebuked “derision, mandates, [and] militarized forces“ as not being the key to solving violence in the city.

The chairs of three powerful House committees have demanded that the inspectors general for the Justice Department and DHS investigate the “use of federal law enforcement agencies” by the departments’ leaders “to suppress First Amendment protected activities.”

Meanwhile, the president has promoted his hard-line response to the city’s protests and other mass demonstrations against racial injustice and police brutality which have continued since the killing of George Floyd, a 46-year-old Black man, by Minneapolis police in May.

Portland politicians “are just fine with 50 days of anarchy,” Trump tweeted Sunday, alleging that “Radical Left Democrats” would “destroy our Country” if he were not reelected. In an interview that aired Sunday, the president also touted the “very tough stand” his administration had taken against protests.

White House chief of staff Mark Meadows on Sunday previewed further executive action in the coming days in response to protests and violence in cities across the U.S., revealing that Attorney General William Barr was “weighing in on” the matter with Wolf at DHS.

“You’ll see something rolled out this week as we start to go in and make sure that the communities — whether it’s Chicago or Portland or Milwaukee or some place across the heartland of the country — we need to make sure that our communities are safe,” Meadows said.

On Monday, Trump characterized Portland as “totally out of control” and praised the work of federal law enforcement officers seeking to quash the ongoing protests.

“They really have done a fantastic job in a very short period of time, no problem,” Trump told reporters in the Oval Office. “They grab them. A lot of people in jail.”

The president also issued an explicitly political condemnation of crime in major urban areas governed by Democrats, asserting that rates of violence in those cities would manifest nationwide if his presumptive Democratic opponent, Joe Biden, defeats him in November.

“If Biden got in, that would be true for the country,” Trump said. “The whole country would go to hell, and we’re not going to let it go to hell.”

Shia Kapos contributed to this report.

ByThyroid cancer is a rare type of cancer affecting the thyroid gland, a small gland at the base of the neck producing hormones. It's most...
Read more