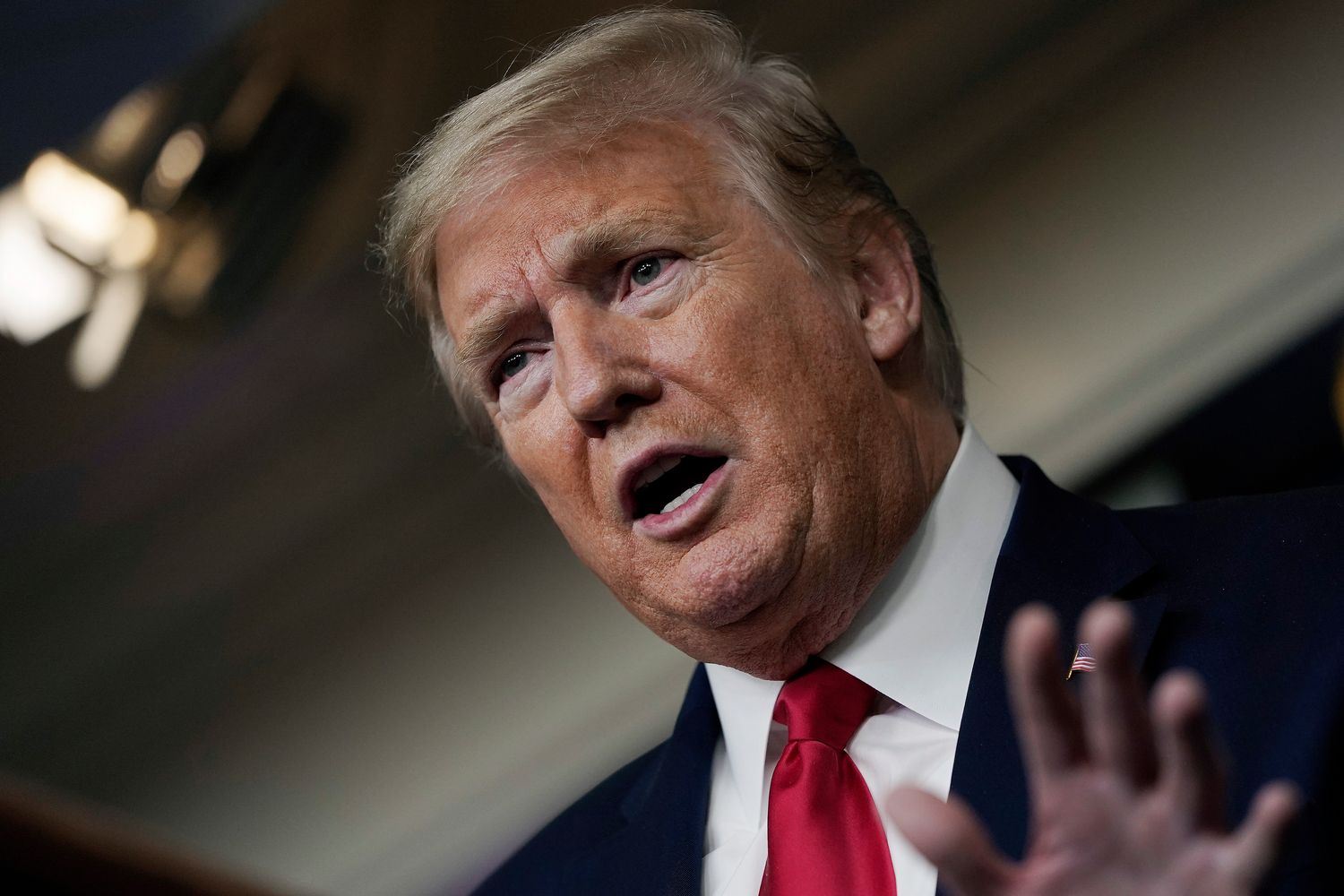 President Donald Trump on Monday signaled opposition to bailing out states whose economies have collapsed under the weight of the coronavirus — bolstering an argument from Senate Majority Leader Mitch McConnell (R-Ky.) that has been met with bipartisan animus among the nation’s governors.

“Why should the people and taxpayers of America be bailing out poorly run states (like Illinois, as example) and cities, in all cases Democrat run and managed, when most of the other states are not looking for bailout help?” Trump wrote on Twitter. “I am open to discussing anything, but just asking?”

Elaborating on Trump’s position in an interview on Fox News, White House economic adviser Kevin Hassett said, “I think that the president has said that he is not eager to go around bailing people out, but he’s willing to negotiate.”

Trump’s tweet also came as governors expressed new levels of outrage over McConnell’s suggestion last week that individual localities should pursue bankruptcy rather than request more aid from the U.S. government to shore up their rapidly depleting reserves.

During his daily news conference Monday, New York Gov. Andrew Cuomo charged that scolding states and cities seeking federal help is antithetical to the ambition of a national rebuild that will require a wide distribution of funds across the country.

“This is not the time to be talking about dollars and cents among members of the community that are trying to mutually support and help each other,” he said. But even if a sort of tally sheet “for who owes what to whom” were to be tracked, Cuomo continued, New York would be the most qualified recipient based on its flow of tax revenues to Washington.

“If you want to do an analysis of who is a giver and who is a taker, we are the No. 1 giver. Nobody puts more money into the pot than the state of New York. We’re the No. 1 donor,” he said, adding that McConnell’s home state of Kentucky is one of the “taker states” that collects more federal dollars than it directs to the government through taxes.

Cuomo’s criticism came after he announced over the weekend more than $ 10 billion in state spending cuts, including a reduction of $ 8.2 billion in aid to recipients such as schools, health care programs and municipalities.

The governor, a Democrat, has forcefully denounced McConnell’s resistance to additional aid for days, calling the senator’s statements “really dumb” and sarcastically daring Congress to rewrite bankruptcy law to allow states to declare. States do not have the ability to declare bankruptcy under current law, and modifying the bankruptcy code would likely prove a daunting task for lawmakers.

Cuomo also praised Kentucky Gov. Andy Beshear, a Democrat, for rebuking McConnell’s stance on state bankruptcies, remarking that “it is hard for a governor, especially Andy, who is a relatively new governor, to stand up to a senior official and speak truth to power.”

New Jersey Gov. Phil Murphy similarly blasted McConnell in an interview Monday and described a bleak set of circumstances in his state, where he warned that “revenues have fallen off the table” amid the coronavirus outbreak.

“With all due respect to Sen. McConnell, whose comments about bankruptcy of states I found irresponsible and wrong, the alternative is not bankruptcy,” Murphy, a Democrat, told CNBC. “The alternative is we will gut the living daylights out of the very services that our folks now are desperately relying upon in what is the biggest health care crisis in the history of our country.”

But Sen. Rick Scott (R-Fla.) defended the GOP leader Monday, telling reporters “it’s not fair to the taxpayers of Florida” that the federal government would help New York and other states regain their financial footing. “We sit here, we live within our means. And then … Illinois and California and other states don’t, and we’re supposed to go bail them out? That’s not right,” he said.

Sen. Chris Murphy (D-Conn.) fired back at Scott for his comments over Twitter, writing online: “If Florida would like to have a conversation about making sure no state gets more money from the federal government than they send to it, Connecticut is ready.”

Myah Ward contributed to this report.