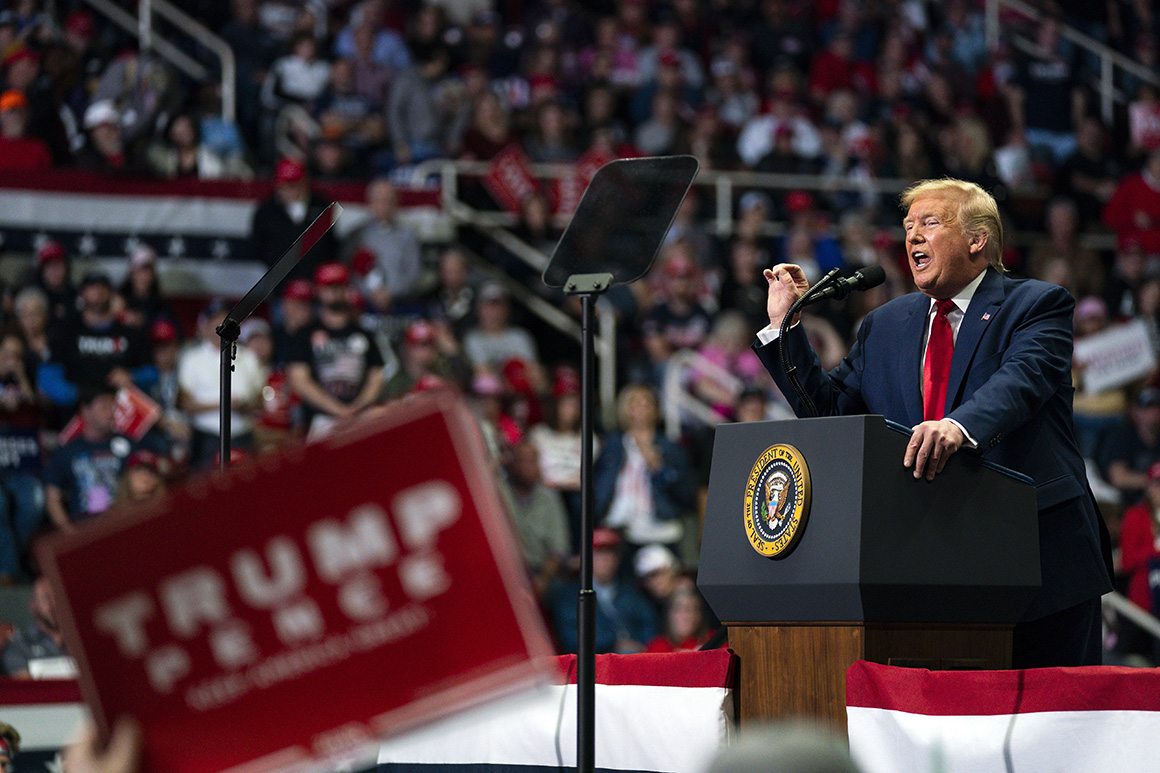 The Republican National Committee raised a record $ 24 million last month, an early indication that President Donald Trump’s fundraising machine could be able to withstand the economic collapse brought on by the coronavirus.

Despite a global pandemic that has shuttered much of the U.S. economy, the RNC’s total represented its best March fundraising performance in history. The figures will be part of a federal campaign finance filing due Monday.

Whether the RNC will be able to sustain its fundraising performance over the coming months is an open question. With jobless numbers on the rise, some party officials expect to see a drop-off. The committee’s March totals are slightly less than the $ 26 million it raised in February. But the new figures illustrate the potency of Trump’s small-dollar machine. The president has monetized the enthusiasm of his base, turning it into a cash spigot that has funded a sprawling political apparatus.

The haul underscores how the pandemic has forced a shift in fundraising with less than seven months until the election. With high-dollar fundraising events canceled, the focus is on attracting small-dollar contributions online. Nearly 75 percent of the RNC’s contributions were $ 200 or less.

RNC Chairwoman Ronna McDaniel has remained in touch with major donors during the pandemic, but she has refrained from making explicit asks for checks.

Since Trump’s inauguration, the committee has spent tens of millions of dollars to expand its email, text messaging, and direct mail operations and used them to aggressively solicit small donors.

While Trump’s poll numbers have taken a dip amid the spread of coronavirus, his political team is betting that the massive infrastructure they’ve developed will overwhelm former Vice President Joe Biden’s less well-funded campaign, which has not had the same luxury of years of unopposed fundraising and preparation. Through February, the RNC had a more than 5-to-1 cash advantage over the Democratic National Committee.

In the wake of the pandemic, the RNC has used its war chest to establish a massive online campaign. The organization boasts that it has made nearly 20 million calls to prospective voters since March 13. Earlier this month, amid criticism over Trump’s response to the pandemic, the committee launched a $ 1 million digital ad campaign lavishing praise on the president.

There has been widespread concern among Democrats about whether they will be able to compete with the Trump money machine. The DNC and Biden campaign will also on Monday release finance totals through the end of March. The former vice president has spent part of the last month holding online fundraising events.

Trump’s fundraising success has not necessarily filtered down to Republicans running down ballot. An array of Republicans in competitive House and Senate races were outraised by their Democratic opponents in the first quarter.

Eric Wilson, a veteran Republican digital strategist, noted that while Trump had established a mammoth small-dollar operation, many others had not done the same.

“Candidates on both sides of the aisle who are getting caught flat-footed right now without a sizable email list are going to have a really hard time, because the wallets of major donors are tightening with economic uncertainty and the primary channel for them go give — events — is completely off the table,” Wilson said.

Republicans argue that the Democratic attacks on Trump over his handling of the pandemic have further activated his base and gotten them to open their wallets at a time when many are keeping a close eye on their budget.

“Chairwoman McDaniel and the campaign deserve a lot of credit for these early investments in prospecting. But you need fuel to power the fundraising machine we have built, and that fuel is the unprecedented support for President Trump,” said RNC chief of staff Richard Walters. “None of this would be possible without the enthusiasm that exists for him and his leadership.”