Trump plays defense with the military weeks before election 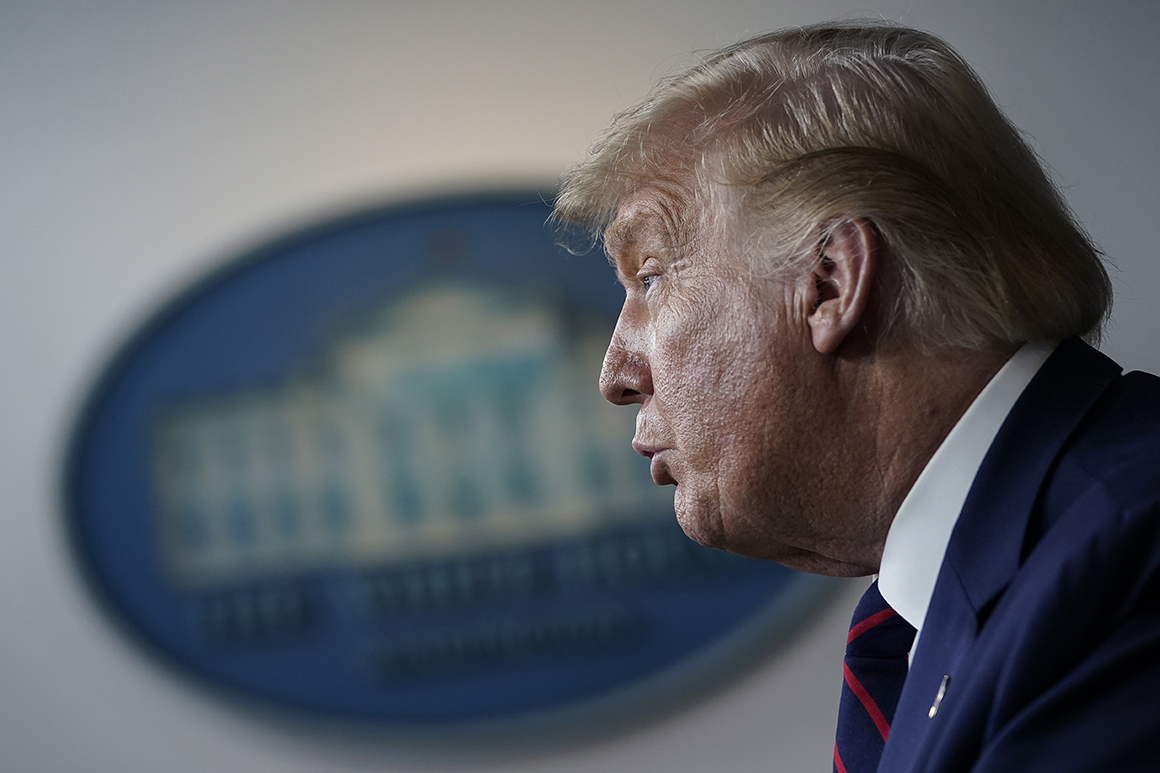 Still, it’s a difficult situation for Trump, who from the beginning of his presidency has surrounded himself with military trappings and boasted about “rebuilding” the armed services. Experts and former top military officials say the quotes from the article are dangerous not just for losing actual voters tied to the military — but potentially turning off a narrow slice of undecided voters who may not love either 2020 candidate but still revere troops and veterans.

“There is a widespread appreciation for young women and men that are in the military, even if people don’t necessarily agree with the policy,” said retired Gen. Ben Hodges, who served as the commanding general of U.S. Army Europe until the end of 2017. “The fact is that there are so many things that the president has done or said that makes him vulnerable to accusations like this.”

And they point to other instances that occurred before the article dropped on Thursday that led to an “erosion of support” among service members and veterans, said retired Adm. James Stavridis, the former commander of U.S. European Command and friend of former Defense Secretary Jim Mattis and John Kelly, Trump’s former White House chief of staff.

During his first campaign for president, Trump prompted outrage when he called the late-Sen. John McCain, who was captured and tortured by North Vietnamese forces during the Vietnam War, a “loser” and said he likes people who “weren’t captured.”

“Why in the world would you say something like that?” Hodges said. “I mean, I didn’t understand it at all, it made no sense.”

“Donald Trump is the first president in my lifetime who does not try to unite the American people — does not even pretend to try. Instead, he tries to divide us,” Mattis wrote at the time.

Since then, Trump has pushed other agenda items that are unpopular among service members and veterans, including shooting down plans to ban the Confederate flag from military facilities and rejecting a move to rename bases that honor Confederate leaders.

The president has also faced criticism over the years for using the military as a political prop, in particular his proposals for grand military parades in Washington, D.C., and his use of the Pentagon’s Hall of Heroes to sign a controversial Muslim travel ban.

“If the story is factually accurate, it will continue to hurt his numbers with veterans and military members,” Stavridis said about the Atlantic report.

He pointed to a recent voluntary survey of Military Times readers that showed a continuing decline in Trump’s popularity among active-duty service members, and a growing preference for former Vice President Joe Biden in the upcoming election.

And it’s those voters — military, dependents, veterans and civilians who revere the military — who are key to his reelection. States that are up for grabs this cycle, including Texas, Florida and North Carolina, are also home to large numbers of military families and veterans.

The decline in support for Trump among that cohort also reflects opposition to the president’s initiatives to pull out of international alliances and withdraw troops from the Middle East, Stavridis noted.

“If those comments are true, it’s reprehensible for a president and commander in chief to speak that way about people who have made the ultimate sacrifice,” Stavridis said.

According to The Atlantic, Trump canceled a planned visit to the Aisne-Marne American Cemetery near Paris in 2018 over concerns that the bad weather would ruin his hair, and because he did not think it was important to honor American war dead.

The story also recounts an incident in which Trump — while standing by the grave of Robert Kelly, the son of John Kelly, at Arlington National Cemetery on Memorial Day 2017 — allegedly turned to his then-Homeland Security secretary and said: “I don’t get it. What was in it for them?”

One former White House official said while they never heard Trump say anything disparaging about the troops, in phone calls, the president would often “deeply question the purpose of overseas deployments.”

“When I heard him speak this way, to me it seemed like again, why are we in these countries, what’s in the interest of the United States,” the person said. “It always reflected on his own fear of seeming weak, or things that would make him appear weak.”

“No person that would call our fallen service men and women losers or be embarrassed by our wounded veterans should ever hold any elected office let alone be the president of the United States,” said Mick Mulroy, a retired Marine who served as deputy assistant secretary of defense for Middle East policy until last year. Mulroy noted he did not know whether the allegations were true.

“I’m disgusted by the president’s words and actions. I don’t have any firsthand knowledge of the reported incidents, but they ring true to me because of previous reporting and things Trump has said,” said retired Marine Corps Col. Dave Lapan, who formerly served as spokesperson for DoD and Homeland Security under Kelly.

While it’s not new for current and former military members to express outrage over a Trump comment or decision — they lined up to criticize his withdrawal from Syria and decision to abandon Kurdish allies, his move to restore insignia for a former Navy SEAL accused of war crimes, and his repeated insults of an Army officer who testified against him during the impeachment — what’s different in this newest round is the proximity to the election.

In a clear sign of concern at the White House, top officials on Thursday night rushed out on-the-record statements denying the story and insisting Trump respects the troops and honors their sacrifice. Trump went on an extended rant about the story Thursday night after returning from an event in Pennsylvania. And White House spokesperson Kayleigh McEnany even appeared before reporters Friday to produce an email from Trump’s travel team in France saying they were canceling the visit to the cemetery due to weather.

Also on Friday, after news broke that the Pentagon had ordered the closure of Stars and Stripes, Trump tweeted that the U.S. won’t cut funding under his watch. “It will continue to be a wonderful source of information to our Great Military!” he wrote.

But the damage among the military and veterans may already be done, Hodges said.

“The president makes himself vulnerable because of so many other things, and that’s why even anonymous allegations like this stick to him,” Hodges said.

Image copyright Facebook Image caption Breonna Taylor, 26, was an emergency medical technicianTapes of the grand jury's deliberations in the case of a black American...
Read more
US

Jenna Lemoncelli And, baby makes 3! Patrick Mahomes and Brittany Matthews are expecting their first child together, the couple revealed on Instagram on Se.t 29!Patrick...
Read more

The first bug-quashing update, iOS 14.0.1, was made available to iPhone owners to try to resolve some of these issues. However, iPhone owners are...
Read more

Tanya Wyatt, The Conversation Rhinos, tigers, pangolins – we're used to hearing about the mammals that are snatched from the wild so that their body...
Read more