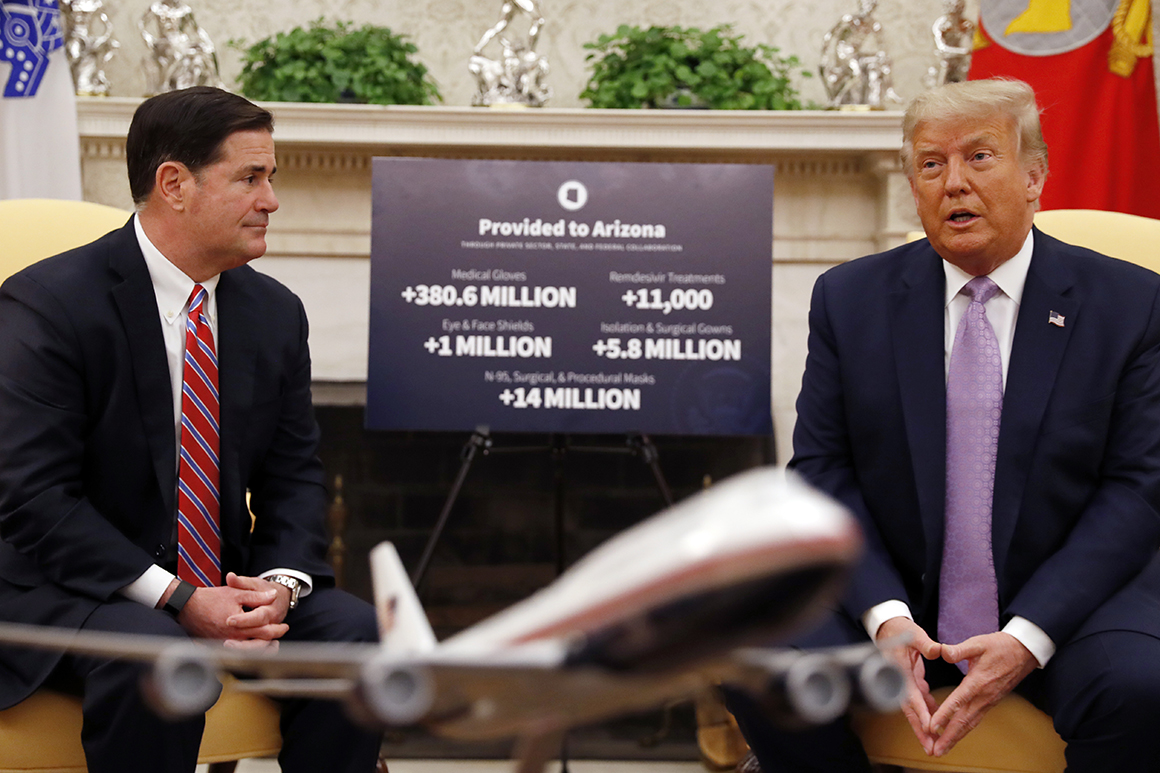 The state has seen recent improvements, due in part to the move in late July to close down bars and some other businesses and reimpose restrictions on large gatherings.

The state’s ICU beds are also more than 80 percent full.

“We’ve seen improvement week over week for four weeks,” Ducey told Trump when he visited the White House earlier Wednesday. “But we’re going to keep our guard up and stay vigilant.”

Anne Helen Petersen Granted, only a fraction of the workforce currently uses Slack—as of April 2019, around 95,000 companies paid for its services. But many...
Read more