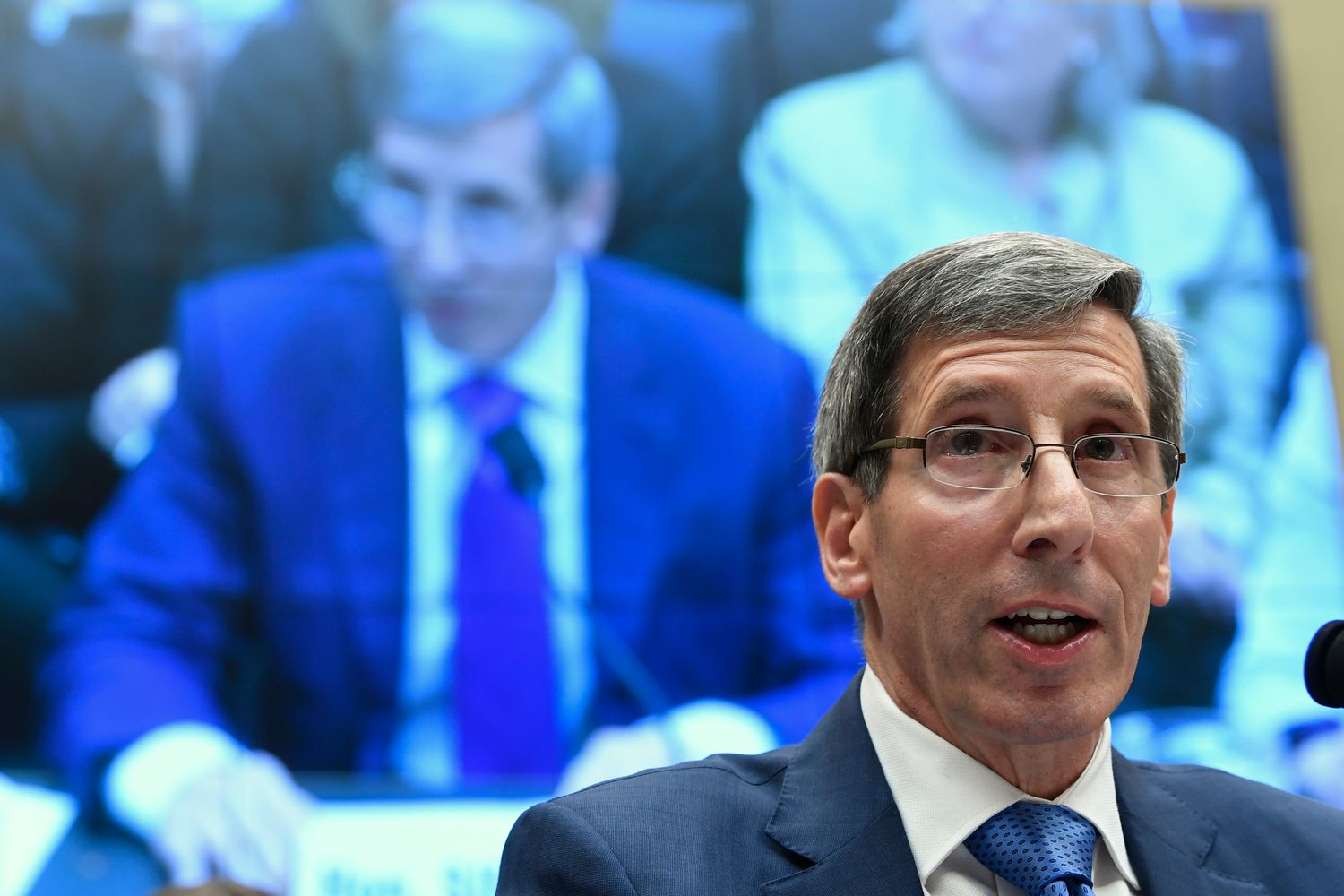 Earlier this month, Simons told senators he didn’t plan to act on the president’s May 28 executive order on social media because he considers it outside the agency’s jurisdiction.

The FTC and Simons declined to comment on the chairman’s discussions with the president. The White House didn’t respond to repeated requests for comment.

Trump, who signed the order after Twitter began fact-checking his tweets, also stunned some GOP lawmakers this month by withdrawing the renomination of Michael O’Rielly, a Republican on the Federal Communications Commission who had expressed skepticism about Trump’s order on free-speech grounds.

Both the FTC and FCC are independent agencies that are not subject to the president’s commands — he nominates their commissioners, but he cannot fire them except in cases of “gross negligence.” (Trump does, however, have the power to demote Simons from the chairmanship). But Trump has shown a frequent willingness to push the boundaries of his office’s powers, and his attempted crackdown on Silicon Valley would be toothless if the two agencies don’t follow through on his desires.

“It’s very unusual” for an FTC chairman to be called to the White House, said William Kovacic, a Republican who chaired the agency near the end of the George W. Bush administration. Kovacic, who was unfamiliar with the latest incidents, said he communicated directly with the Bush White House only once — via the press office — about a speech by the president that touched on federal hurricane response.

He said policy disagreements have led to a change in an FTC chairmanship only once since 1950, when presidents began designating their picks: In 1981, Republican Commissioner Patricia Bailey lost out on her hopes of serving as acting FTC head for President Ronald Reagan, after she gave a speech critical of Office of Management and Budget director David Stockman.

Simons’ term on the FTC ends in September 2024.

Trump’s order urged the FTC to review whether internet companies have deceived their users by censoring political speech and asked that the FCC make judgments about when online companies should qualify for congressionally granted legal immunity over their content decisions. The order also directed the Commerce Department — which does report to Trump — to petition the FCC to take action on the issue, something the department did on July 27.

Some leaders at both agencies have been dubious about Trump’s requests. At an Aug. 5 oversight hearing before the Senate Commerce Committee, Simons told senators that the FTC doesn’t have jurisdiction to police political speech.

“Our authority focuses on commercial speech, not political content curation,” Simons said. “If we see complaints that are not within our jurisdiction, then we don’t do anything.”

In contrast, fellow FTC Republican Christine Wilson said in June that the commission should respond to Trump’s order by looking into how social media companies make decisions about user content and targeted advertising.

The FCC’s O’Rielly questioned Trump’s social media pushback in a July 29 speech, saying: “Like it or not, the First Amendment’s protections apply to corporate entities.”

Five days later, Trump withdrew O’Rielly’s nomination for a new five-year term at the FCC. O’Rielly, who has served on the telecom agency since 2013, must now step down at the end of the year.

Without O’Rielly’s backing, Republican FCC Chair Ajit Pai probably could not advance any proposed changes to online liability protections on the five-member commission, even if he were inclined to. The FCC is seeking public input on the administration’s requests through September, a timeline that would likely push the conclusion to any rulemaking until after the November election.

The White House has offered no public explanation for why it yanked O’Rielly’s nomination.

“He’s correct that those on the right calling for speech regulation are advocating a new Fairness Doctrine,” Comstock added, citing the long-abolished FCC rules that once forced broadcasters to give balanced coverage to issues of public importance. Republicans celebrated that policy’s demise in the 1980s and have long warned against any attempts by Democrats to revive it.

Trump’s pressure campaign comes as his administration elevates other leaders aligned with his views.

One of his newly ascendant tech advisers is Adam Candeub, a Michigan State University law professor who has represented clients such as a self-proclaimed white nationalist in free-speech lawsuits against Twitter and criticized social media companies’ liability protections. He joined the Commerce Department in April and this month was tapped as the acting chief of the National Telecommunications and Information Administration, a key advisory agency on tech and telecom policy.

Historically, any hint of presidential meddling in the decision-making of independent agencies has proven controversial, at times explosively.

In 2014, when then-President Barack Obama recorded a video message urging his FCC chair to adopt strong net neutrality regulations, Republicans accused him of violating the independent agency’s proceedings. In 2015, after the agency adopted such rules, Republicans summoned FCC commissioners to Capitol Hill repeatedly to air their grievances about Obama’s intervention.

Obama’s first FTC chair, Jon Leibowitz, faced criticism for meeting with White House officials in 2011 on the same days as senior Google officials while the company was under investigation by the agency for antitrust violations. Leibowitz and the Obama White House denied discussing the Google investigation, which was ultimately closed in January 2013 without FTC action.

Image copyright Getty ImagesWalt Disney has announced it will lay off 28,000 employees, mostly at its US theme parks. Disney cited the parks' limited visitor...
Read more