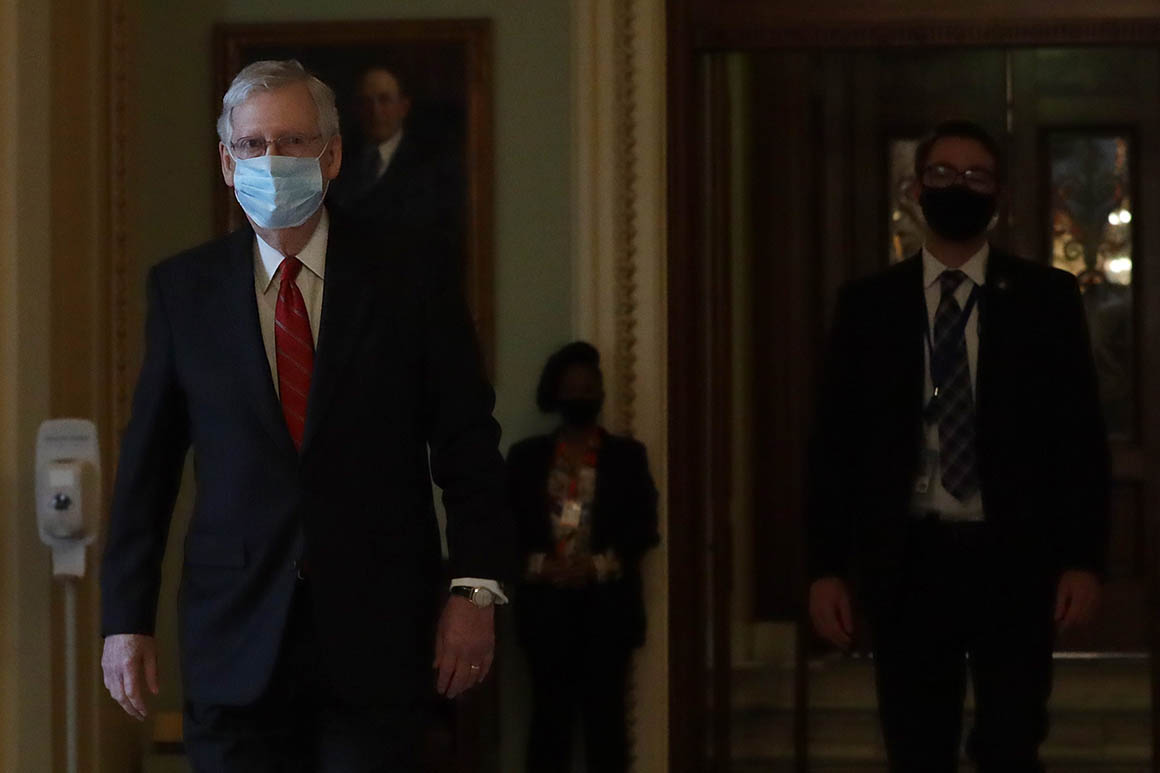 “Time is running out. Get tough and move quickly, or it will be too late. The Dems are vicious, but got caught,” added Trump, who has asserted without evidence that Obama acted improperly. “They MUST pay a big price for what they have done to our Country. Don’t let them get away with this!”

In a separate tweet, Trump wrote: “The Republicans must play by the same rules, or die!”

A spokesman for McConnell did not immediately respond to a request for comment.

McConnell has been cautious when it comes to investigating the origins of the Russia investigation. Most Republicans have declined to embrace Trump’s posture, instead deferring to U.S. Attorney John Durham, who was tapped by Attorney General William Barr to look into the origins of the probe with a particular focus on the counterintelligence aspects.

In an interview Thursday on Fox News, for example, McConnell said the public deserves to know more about the initial investigation into Flynn, who pleaded guilty to lying to the FBI in 2017 but saw his criminal case dropped by the Justice Department earlier this month. But, like Graham, McConnell declined to endorse an effort to call Obama before the Senate, deferring to the Judiciary Committee chairman.

Graham has said his panel will start holding hearings next month on the Flynn case, which has become a rallying cry for Trump and his allies as they allege that the president and his associates were unfairly targeted by the previous administration. The hearings will also center on the alleged abuses of the Foreign Intelligence Surveillance Act which were documented by the Justice Department’s inspector general last year, Graham said.

But he warned that seeking Obama’s testimony would set a dangerous precedent — and he tacitly warned Trump that he, too, could be subject to similar efforts in the coming years if the committee goes after Obama.

Trump’s position contradicts that of his own Justice Department, which has routinely argued that former presidents and their advisers are immune from congressional testimony. Still, Trump has been increasingly vocal in his efforts to punish the former officials who launched and pursued the myriad investigations that have ensnared him and his associates, and his re-election campaign has amplified those messages.

The president has dubbed the controversy “Obamagate,” a term his supporters have embraced. And earlier this week, Republican senators released a list of former Obama administration officials who might have been involved in efforts that “unmasked” Flynn’s name from intelligence intercepts. The list included former Vice President Joe Biden, the presumptive 2020 Democratic presidential nominee, though Republicans acknowledged that simply being on the list does not denote wrongdoing.