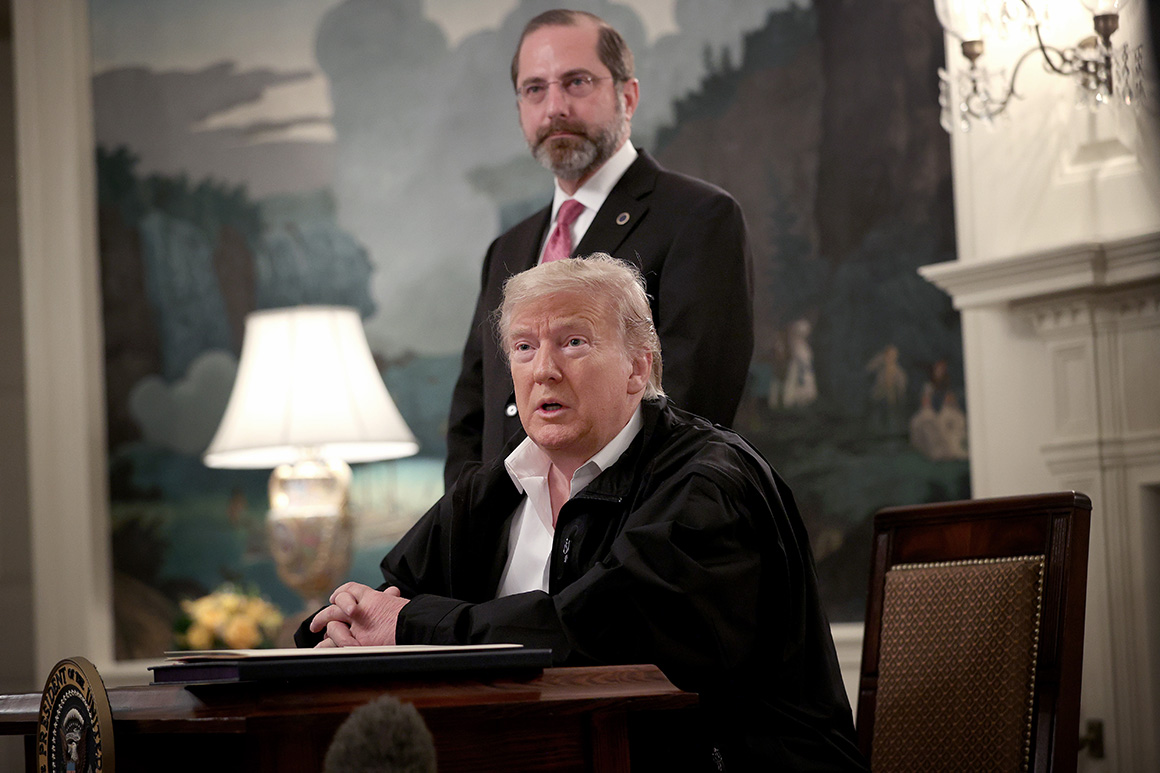 “Reports that H.H.S. Secretary @AlexAzar is going to be ‘fired’ by me are Fake News,” Trump tweeted. “The Lamestream Media knows this, but they are desperate to create the perception of chaos & havoc in the minds of the public. They never even called to ask.”

The tweet — which was swiftly retweeted by Azar himself — came less than a day after POLITICO and the Wall Street Journal first reported on Saturday night that White House officials were weighing a plan to replace Azar. Other news outlets, including CNN and the Washington Post, confirmed the story. Trump also spent much of Sunday attacking news outlets, including the New York Times and Fox News, for their coverage of his presidency.

White House officials have been frustrated with Azar’s management style after clashes with his deputies. Some have blamed him for months for fumbling the handling of the coronavirus crisis, including the rollout of coronavirus testing across February. But they have worried about replacing the HHS secretary in the middle of a global pandemic.

While Trump claimed that reporters “never even called to ask” about Azar’s status, POLITICO’s story on Saturday included comments from White House and HHS spokespeople.

“Reports of President Trump looking to replace me are #FakeNews,” Azar tweeted. “The media continues to smear @POTUS and his Administration’s fight against #COVID19 and grossly overlook the historic whole-of-government response that we’ve been delivering under the President’s leadership.”

The HHS secretary has few allies in the West Wing, and his role has diminished after Trump abruptly removed Azar as the head of the coronavirus response and replaced him with Vice President Mike Pence at the end of February. White House officials have had previous conversations about replacing Azar in recent months, although the current discussions are more serious in the wake of increasing frustrations with Azar’s handling of internal matters, including the circumstances surrounding the ouster of vaccine expert Rick Bright.