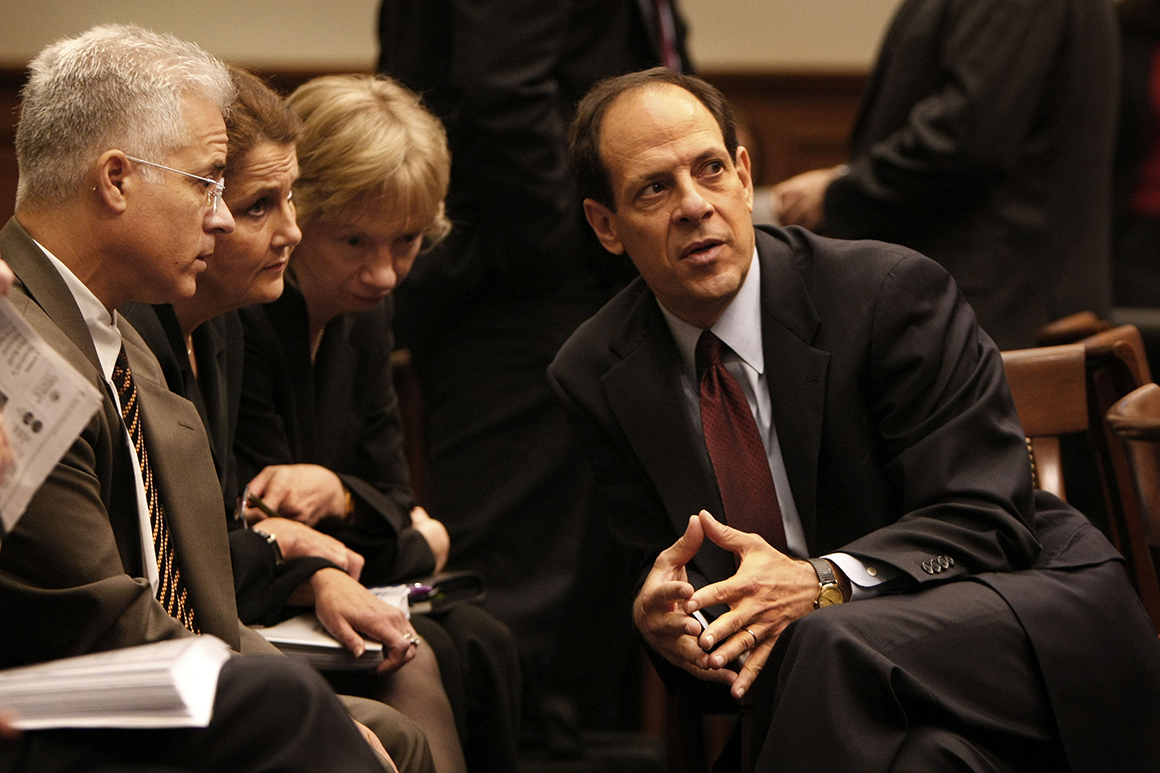 President Donald Trump has upended the panel of federal watchdogs overseeing implementation of the $ 2 trillion coronavirus law, tapping a replacement for the Pentagon official who was supposed to lead the effort.

A panel of inspectors general had named Glenn Fine — the acting Pentagon watchdog — to lead the group charged with monitoring the coronavirus relief effort. But Trump on Monday removed Fine from his post, instead naming the EPA inspector general to serve as the temporary Pentagon watchdog in addition to his other responsibilities.

That decision, which began circulating on Capitol Hill Tuesday morning, effectively removed Fine from his role overseeing the coronavirus relief effort, since the new law permits only current inspectors general to fill the position.

“Mr. Fine is no longer on the Pandemic Response Accountability Committee," Dwrena Allen, a spokeswoman for the Pentagon inspector general’s office, confirmed. She added that Fine will return to his Senate-confirmed post as principal deputy inspector general of the Pentagon.

Fine’s removal is Trump’s latest incursion into the community of independent federal watchdogs — punctuated most dramatically by his late Friday ouster of the intelligence community’s inspector general, Michael Atkinson, whose handling of a whistleblower report ultimately led to Trump’s impeachment.

“Another Fake Dossier!” Trump tweeted, mentioning Grimm’s tenure as inspector general during the Obama administration. He didn’t mention, though, that Grimm has been serving as a federal watchdog since 1999, spanning administrations of both parties.

Trump’s targeting of Atkinson drew an unusual rebuke from Michael Horowitz, the inspector general of the Justice Department who also oversees a council of inspectors general. Horowitz said Atkinson handled the whistleblower matter appropriately and defended the broader IG community.

“The Inspector General Community will continue to conduct aggressive, independent oversight of the agencies that we oversee,” he said in a statement after Atkinson’s ouster. Atkinson, too, issued a lengthy statement Saturday accusing Trump of removing him for following whistleblower laws.

Trump’s allies in Congress have mostly ignored his recent moves against inspectors general, though Sens. Chuck Grassley (R-Iowa) and Shelley Moore Capito (R-W.V.) recently said they’d ask the administration for a fuller explanation about Atkinson’s ouster. On Tuedsay, Grassley offered gentle advice to Trump, urging him to consider IG findings as "a TO DO list & not criticism."

Lawmakers were given notice Tuesday that Trump had designated Sean O’Donnell, the inspector general of the Environmental Protection Agency, to take over the Pentagon watchdog’s office in addition to his current post. That designation negated Fine’s appointment to the coronavirus oversight panel.

The new coronavirus law includes multiple layers of oversight, the most powerful of which is the panel of inspectors general given wide latitude to probe any aspect of its implementation. Fine was named by fellow inspectors general to lead that panel just last week. Now, his colleagues will be forced to make a new selection.

Abend, who has been nominated to take over as the permanent Pentagon inspector general, is a senior policy adviser with U.S. Customs and Border Protection.

But the Senate is out of session until at least April 20, and a shortened election-year calendar will give the Senate Armed Services Committee precious little time to confirm Abend, meaning O’Donnell may be in for an extended stay at the Pentagon.