Trump rips 'weak' governors and calls for 'domination' of nationwide... 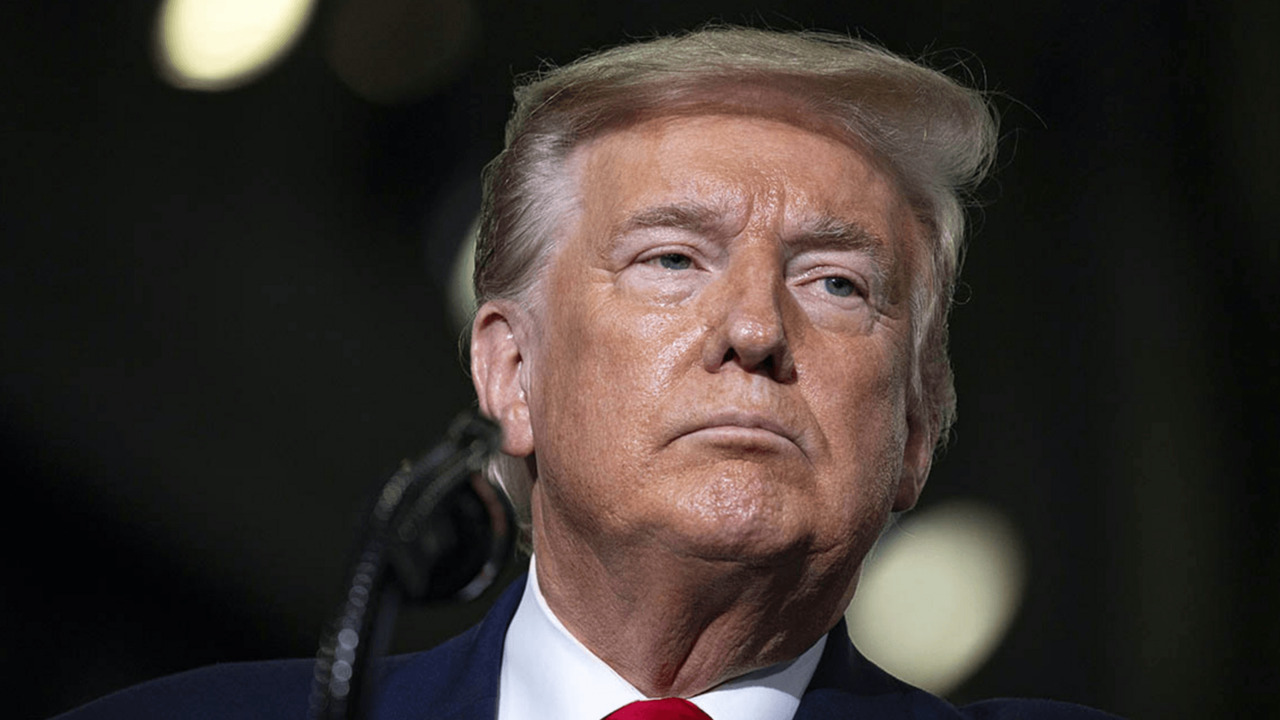 The combative tone from the president echoes the bulk of his rhetoric on the protests, which sprang up around the world over the weekend, turning violent at times, with protesters setting fire to and looting businesses, and clashing with law enforcement officers dressed in riot gear who at times deployed tear gas and opened fire with rubber bullets in an effort to break protests apart.

For the last three days, the uproar has lasted well into the night despite local leaders’ imposing curfews, and has teetered on the president’s front lawn and the surrounding areas. Dozens of state leaders have called in the National Guard to restore order, a move Trump cheered and urged other governors to replicate in Monday’s call.

The president repeatedly praised the job that the National Guard had done in Minneapolis over the weekend to get what had become at times violent protests under control, saying that guardsmen “knocked them down … like bowling pins.”

He continually cast the use of force as the only way to deter protesters once and for all, telling the governors that “the harder you are, the tougher you are, the less likely they’re going to be hit.”

“It’s a movement that if you don’t put it down it’ll get worse and worse,” Trump added, according to audio obtained by The Washington Post.

Trump went further than his calls for greater force, lambasting some governors who he said weren’t heeding his pleas.

“The only time it’s successful is when you’re weak,” he said of the protests. “And most of you are weak.” He later told governors who neglected to call in the National Guard that they were “making yourself look like fools.”

In D.C., he said ominously, “we’re going to do something that people haven’t seen before. And you’re gonna have total domination.”

He also compared the current moment with the Occupy Wall Street movement, calling the use of force to sweep out those protesters in the wake of the 2008 financial crisis “a thing of beauty.”

“It was an hour of bedlam, but when it was all over it was a beautiful thing and that’s the way it has to end,” Trump told the governors.

He also implored them to carry on with prosecutions of arrested protesters “or they’ll be back.”

“You have to arrest people, and you have to try people, and they have to go jail for long periods of time,” he said, asserting that “you have to do retribution” in order to properly deter future clashes.

The president’s calls with governors have become a somewhat routine occurrence throughout the coronavirus crisis, though Monday’s centered almost entirely on the unrest across the country and featured Attorney General William Barr, Defense Secretary Mark Esper and the chairman of the Joint Chiefs of Staff, Gen. Mark Milley.

Barr told participants that the Justice Department would be using joint terrorist task forces to track instigators at the protests.

He urged them to control crowds rather than react to them, and echoed Trump’s call to “dominate” the scene and “go after troublemakers.”

Gov. Jared Polis of Colorado, a Democrat, raised concerns that the protests could set the country back as it finally begins to reopen after months of lockdown to prevent the spread of the virus, and said his state would offer testing to attendees of peaceful protests in order to detect a potential spike in new cases.

Only one governor openly objected to the president’s comments on the call.

“I wanted to take this moment, and can’t let it pass,” said Gov. J.B. Pritzker of Illinois, also a Democrat, going on to outline his “extraordinary” concern about the president’s “inflammatory” rhetoric, which he said was making the upheaval worse.

“We’ve got to have national leadership in calling for calm,” Pritzker told the president, who responded in kind and accused the governor of mishandling the coronavirus outbreak in his state.

It was at this point Trump also lashed out at criticism that he hadn’t spoken enough about Floyd’s death. While the president responded to questions about the killing last week, calling Floyd’s death a tragedy and asking the Justice Department to investigate the episode, he has ignored calls for some kind of formal address to the nation and, apart from firing off incendiary tweets over the weekend, addressed it in person only after the SpaceX launch in Florida on Saturday.

Trump complained that he wasn’t receiving enough credit for mentioning it, telling the call participants that “we just sent out a billion-dollar rocket” but that he still mentioned Floyd at the top of his remarks.

“The whole world was disgraced by it, not just our country,” he told the governors of the manner of Floyd’s death. “Nobody can tell me I haven’t spoken about it. I’ve spoken about it at great length. … But I also have to speak about law and order.”

Shia Kapos contributed to this report.