Trump rushes to contain fallout from his interviews with Woodward 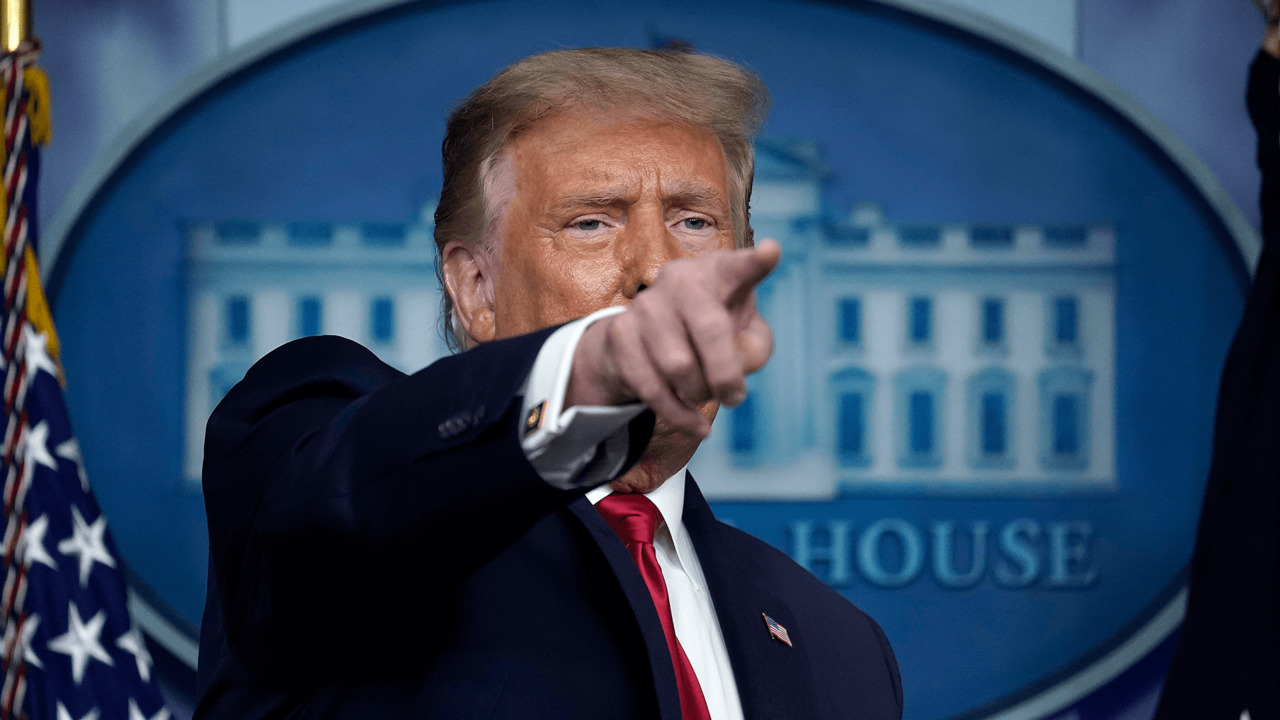 On Thursday morning, Trump tweeted that Woodward “had my quotes for many months. If he thought they were so bad or dangerous, why didn’t he immediately report them in an effort to save lives? Didn’t he have an obligation to do so? No, because he knew they were good and proper answers. Calm, no panic!”

Trump previously defended himself during a White House news briefing at the height of the fallout on Wednesday afternoon, describing Woodward’s reporting as “just another political hit job” and casting himself as a “cheerleader for this country” whose rosy assessments of the outbreak were made in the best interests of the U.S.

“We had to show calm. The last thing we can show is panic or excitement or fear or anything else. We had to take care of the situation we were given,” Trump told reporters, adding that “leadership is all about confidence, and confidence is confidence in our country.”

By Thursday afternoon, Trump found himself still trying to contain the fallout, aggressively fending off questions during an afternoon news conference.

He repeated his Twitter defenses and pinned much of the responsibility on Woodward, saying the journalist should have alerted the appropriate authorities at the time of the interview if he found Trump’s words problematic.

Trump also watered down his contact with Woodward, portraying the interviews as casual quick chats rather than the hours of wide-ranging conversations that they were. He also said he was unfamiliar with Woodward’s work and he pondered whether the book is “good or bad.”

“Bob Woodward is somebody that I respect, just from hearing the name for many, many years. Not knowing too much about his work, not caring about his work,” Trump said of the celebrated journalist of Watergate fame who has been the subject of an Academy Award-winning movie. “But I thought it would be interesting to talk to him for a period of, you know, calls.”

When a reporter asked why he lied to the American people about the severity of the disease, Trump bristled, calling the question “disgraceful.”

“Such a terrible question and the phraseology,” Trump immediately shot back. “I didn’t lie.”

Vice President Mike Pence also moved to defuse the controversy on Thursday, insisting that the president’s remarks to Woodward were consistent with the optimistic language Trump used publicly when talking about the outbreak.

In an interview on Fox News, Pence invoked the British government’s World War II motto of “Keep Calm and Carry On,” and said Trump was exhibiting “calm and confidence” in addressing Americans during an uncertain time.

“I believe what the president was speaking about with Bob Woodward on March 19 was just the tone that he was projecting,” Pence said. “This is a president who believes that a president of the United States in such moments needs to project strength. You can’t project weakness.”

Meanwhile, Trump’s reelection campaign attempted to refocus a brutal news cycle on Democratic presidential nominee Joe Biden, blasting out an email on Thursday morning accusing him of “rewriting history” and being “behind the curve on the coronavirus.”

“While President Trump was already taking decisive action to protect the country in the early months, Biden was saying barely anything about the pandemic and continuing about his campaign as normal,” Trump’s campaign wrote in the email — which included a chronology of seemingly dismissive statements by the former vice president and his advisers about the coronavirus.

The first entry on the Trump campaign’s timeline, however, was a USA Today op-ed Biden authored in January calling Trump the “worst possible person to lead our country through a global health challenge” and warning that the coronavirus outbreak “will get worse before it gets better.”

Biden’s campaign ramped up its own assault on Thursday, contending that Trump’s excuse of seeking to prevent coronavirus-related “panic” did not explain his decision to hold a series of mega-rallies in the time between his first conversation with Bob Woodward and March.

On a Biden campaign call with reporters, Kristin Urquiza — who Democrats invited to speak at their convention last month — again told the story of her Trump-supporting father who died of Covid-19.

“My dad trusted this president. He listened to the president and followed his advice. So sure, my dad did not panic. But instead, he died,” Urquiza said. “These are serious actions that have resulted in insurmountable, preventable loss of life. I’d much rather have dealt with a father who was a little scared versus one that was led to his death.”

Ohio Sen. Sherrod Brown, who also participated in the press call, charged that Trump “was more worried about protecting his own poll numbers and his wealthy friends’ stock portfolios than he was [about] saving people’s lives.”

And Bill Russo, Biden’s deputy communications director, sought to deflect criticism of the campaign for holding rallies through March 10, even after the former vice president had warned of the risks associated with the coronavirus.

Russo acknowledged that “maybe those are decisions that look a little differently in hindsight,” but added that if Trump “wasn’t lying about the extent of the crisis we were facing, we would have different information to make different decisions.”

“We should also look at how Trump held five mega-rallies between the February conversation he had with Bob Woodward and the beginning of March, as well, even though he himself knew the dangers it posed to the public,” Russo said.

Natasha Korecki contributed to this report.

Ben Schreckinger The group cited past comments by the five senators that it argued brought inappropriate attention to Barrett’s religion. “The Democrats are making a big...
Read more