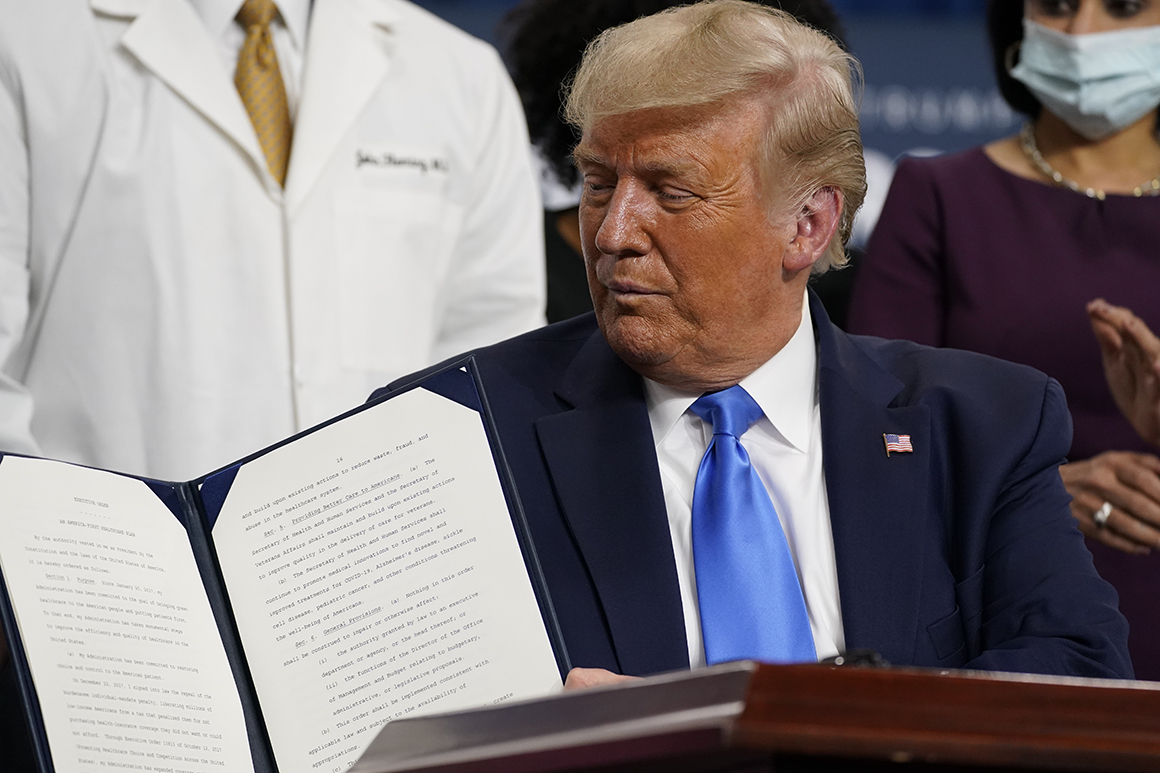 The Trump administration has pledged repeatedly to lower drug costs, yet drug makers have raised the price of hundreds of medicines amid the coronavirus pandemic.

The announcement of the cards came after talks with the pharmaceutical industry’s major lobby broke down this month, prompting Trump to move ahead with his own plan to slash drug costs — a point of friction between the administration and the industry.

In mid-September, he signed a new executive order for a “most favored nations” plan, which would tie Medicare payments for certain drugs to the significantly lower costs of treatments abroad. The White House said it would use savings from this program – which has not been enacted – to offset the cost of the drug coupon cards.

Public Citizen, a watchdog and consumer advocacy group, slammed the move as a “pathetic attempt to bribe [seniors] for their votes.”

“The solution to outlandishly high pharmaceutical prices is not to give people money to offset extortionate drug prices; the solution is to end price gouging altogether,” Robert Weissman, president of Public Citizen, said in a statement.

The White House had urged pharmaceutical companies to pay for $ 100 drug coupons. The industry balked, as pharmaceutical executives were uncomfortable with the optics of “Trump cards” so close to the election, The New York Times reported.

Trump’s revival — and enlargement — of the discount cards caught the health care industry by surprise, according to lobbyists who described themselves baffled as to what the president was talking about, and how he could claim authority to spend so much money on the effort.