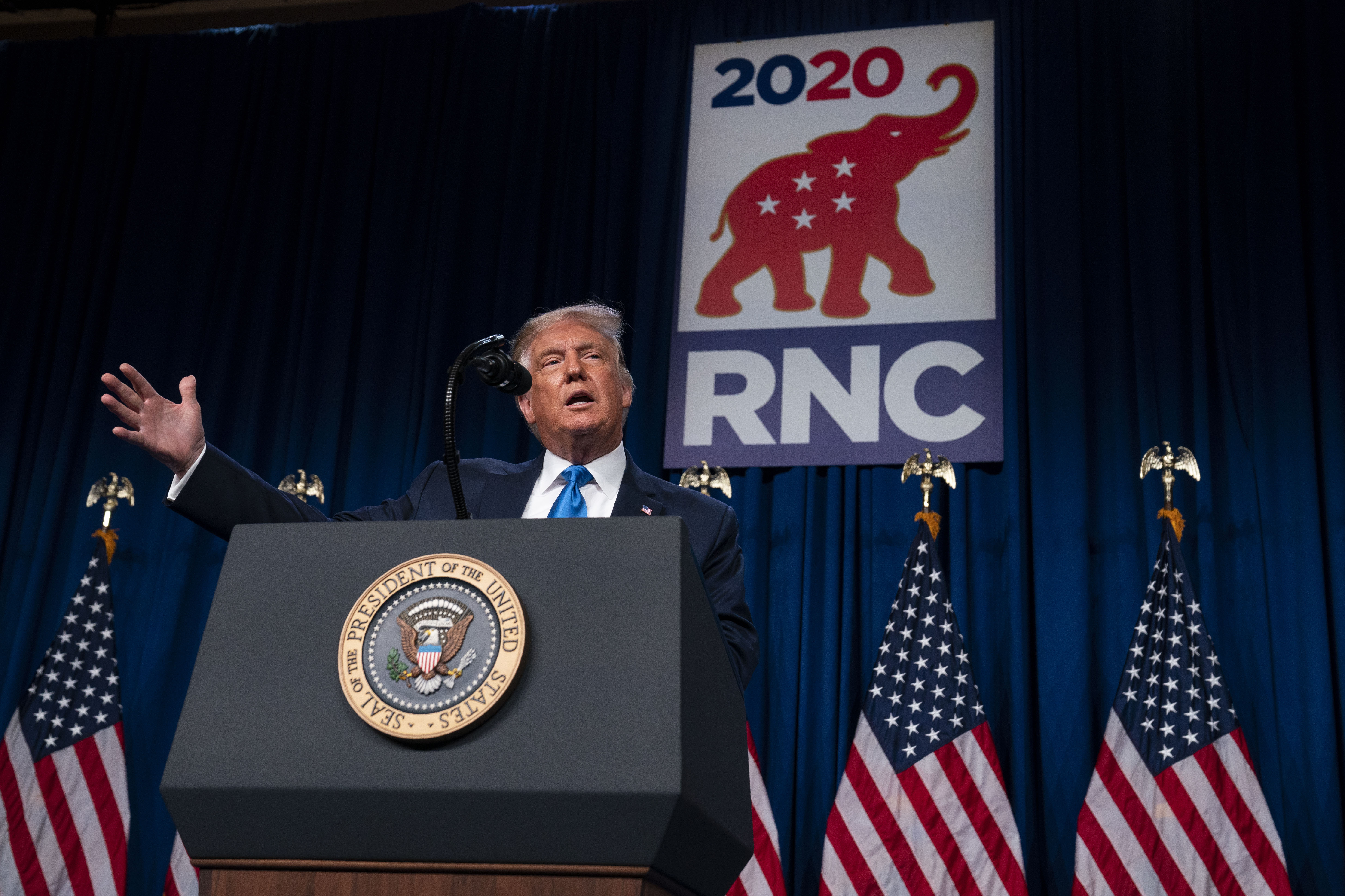 President Donald Trump will unload on Joe Biden in a blistering convention speech Thursday night, according to two people familiar with the address.

Trump is expected to go after the former vice president on everything from the economy to trade. He will also talk about Biden’s record on China, immigration, crime, and his response to the coronavirus pandemic.

“At no time before have voters faced a clearer choice between two parties, two visions, two philosophies, or two agendas,” Trump is expected to say. “We have spent the last four years reversing the damage Joe Biden inflicted over the last 47 years. At the Democrat convention, you barely heard a word about their agenda. But that’s not because they don’t have one. It’s because their agenda is the most extreme set of proposals ever put forward by a major party nominee.”