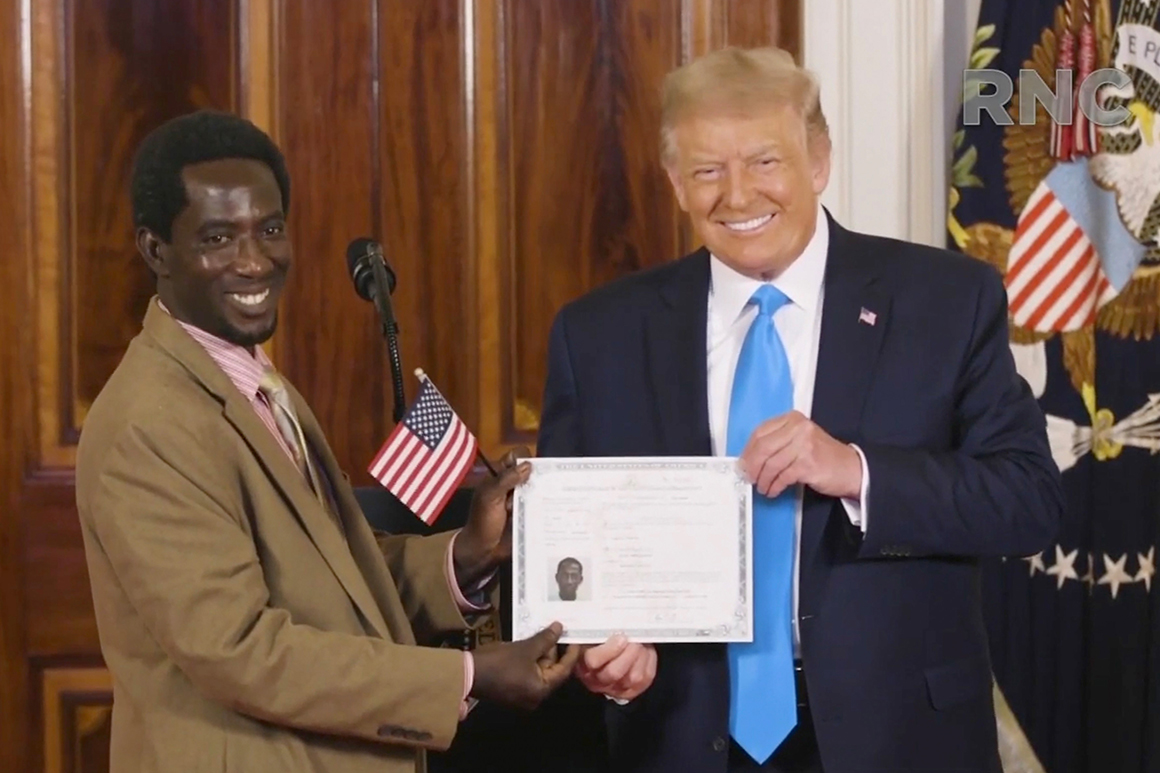 A collection of Trump’s top female aides cast him as a “champion for women” in a video segment.

The video highlighted Trump’s selection of Kellyanne Conway to head up his 2016 White House bid — an appointment that resulted in Conway’s becoming the first female manager of a winning presidential campaign.

The video also focused on the fact that the president’s three most recent press secretaries — Sarah Huckabee Sanders, Stephanie Grisham and Kayleigh McEnany — are all mothers.

“With these capable women placed in positions of powerful, influence and authority,” a voiceover said, “President Trump has proven that when the stakes are highest, he is proud to entrust many of our nation’s most crucial jobs to women.”

After the conclusion of the video, Trump’s younger daughter, Tiffany, addressed the convention, remarking that her father has “demonstrated his faith in his uncompromising heart and actions.”

Fleetwood Mac has been around for quite some time, with the line-up changing pretty frequently. The best-known line-up includes Stevie Nicks and Lindsey Buckingham,...
Read more

Sleep is not an easy process for many and with one of the most tumultuous years experienced ever, sleep can be almost impossible for...
Read more

Isaac FitzgeraldThis article is part of a series on resilience in troubled times — what we can learn about it from history and personal...
Read more