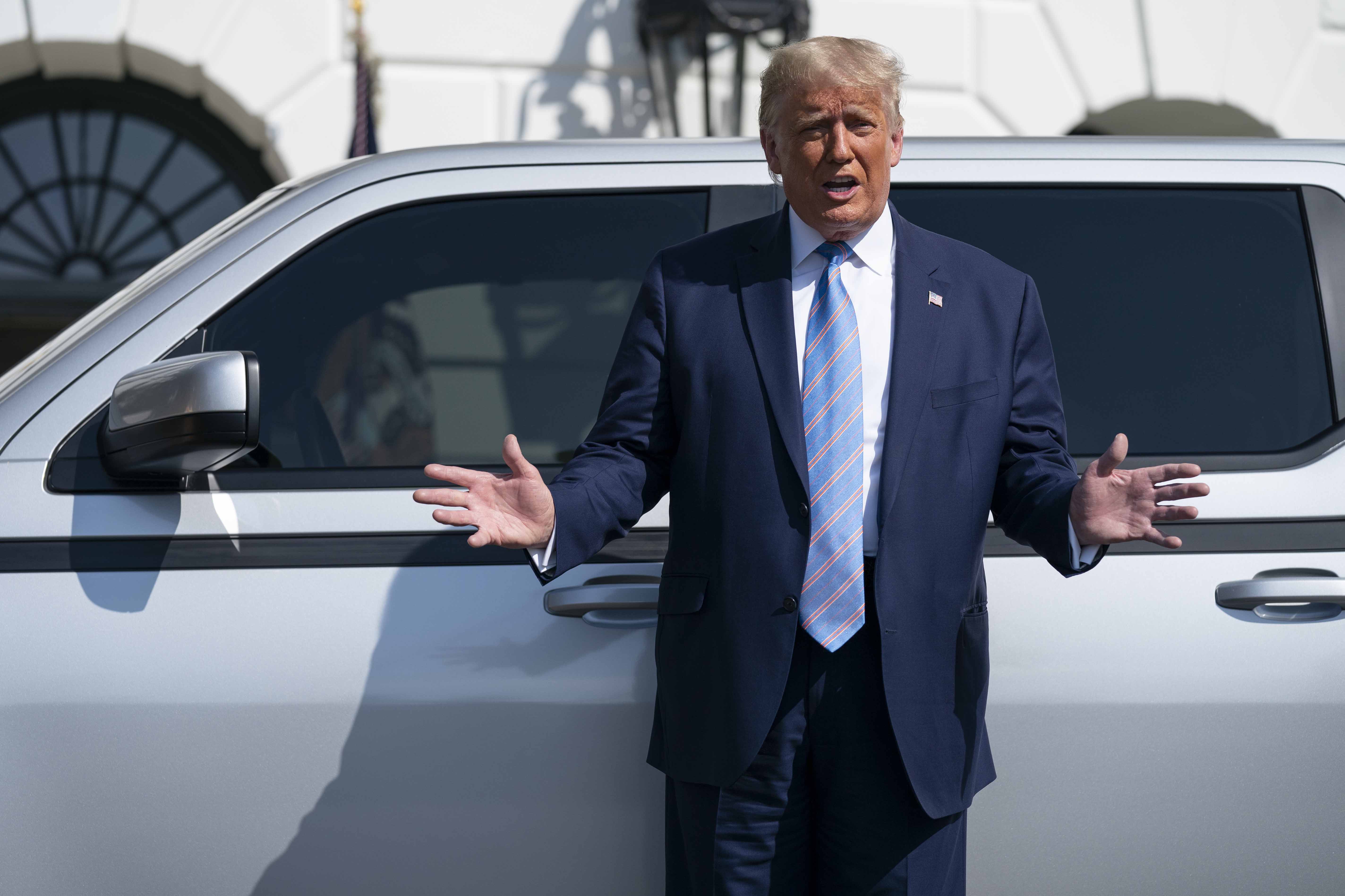 “I didn’t know about Moscow,” Trump said when asked whether he’d confront Joe Biden about the alleged payments to Hunter. “Three and a half million dollars from the mayor’s wife. I didn’t know about that. And he’s a very influential, powerful man in Russia, as you know. And it wasn’t me; I didn’t have anything to do with Russia. That came out loud and clear.”

A GOP Senate report released last week accused an investment firm linked to Hunter Biden of receiving $ 3.5 million in wire transfers from the wife of Luzhkov, whom the report noted was fired in 2010 over corruption allegations. The report cited unspecified confidential documents to make the claim, but Hunter Biden’s lawyer has denied that he ever had a financial relationship with Luzhkov’s wife, Yelena Baturina.

“The Senate report falsely alleges that Hunter Biden had a financial relationship with Russian businesswoman Yelena Baturina and that he received $ 3.5 million from Baturina,” said Biden’s lawyer George Mesires.

White House spokeswoman Alyssa Farah said in a statement that “while President Trump was leading a global real estate brand with properties all over the world, Hunter Biden was profiting off of his father’s government service by accepting $ 3.5 million from the Moscow Mayor’s wife. No comparison.”

The GOP report does not support the allegation that Hunter Biden personally accepted money from Baturina, however—only that Baturina wired $ 3.5 million to a Rosemont Seneca Thornton LLC bank account for a ‘Consultancy Agreement’ in 2014. Mesires denied that Biden had any “interest in” or that he was a “co-founder” of Rosemont Seneca Thornton, “so the claim that he was paid $ 3.5 million is false.”

The claims in the GOP Senate report come amid a long-running Republican campaign to link Hunter Biden’s overseas business activities to his father’s tenure as vice president. But that effort has largely backfired thus far: Trump’s attempts last year to pressure the Ukrainian government to announce an investigation into the younger Biden’s service on the board of a gas company led directly to his impeachment.

Biden campaign spokesman Andrew Bates said in a statement that “all of Donald Trump’s smears are rooted in weakness and projection because he is desperate to distract from the reality that his presidency has been a failure. Voters will hold him accountable for tearing our country apart and costing over 200,000 Americans their lives and tens of millions their jobs with his intentionally botched response to the pandemic.”

The Trump Organization did not return a request for comment.

Luzkhkov died in 2019; his wife, Baturina, is believed to be Russia’s wealthiest woman, presiding over a business empire ranging from construction to hotels to renewable energy.

Trump’s dealings in Moscow under Luzhkov are newly significant in light of the report released by Republican Sens. Ron Johnson and Chuck Grassley last week, which accused Luzhkov of facilitating corrupt real-estate deals during his 18-year reign. The report said that “Luzhkov used his position as mayor to approve over 20 real estate projects that were built by a Baturina-owned construction company and ultimately generated multibillion-ruble profits for his family.” The report cited a “confidential document” to support that claim.

Though the committee doesn’t elaborate on the source of this and other confidential documents, the committee’s Democrats revealed that they were provided by the U.S. Treasury and the committee did no independent investigation into the transactions themselves.

In an interview with Russian state media last year before his death, Luzhkov, who served as Moscow’s mayor from 1992-2010, revealed that Trump had been in talks with the city government about building an underground mall there in the 1990s.

“Trump was in Moscow,” Luzhkov told Russia’s Interfax news agency, adding that Trump had made contact with former Moscow construction chief Vladimir Resin “on matters related to the construction of the Okhotny Ryad underground shopping complex on Manezhnaya Square.”

“He intended to take part in the construction of this complex,” Luzhkov said.

He noted, however, that the project ultimately fell through. “There were intentions, there were discussions — they related to this very underground complex, but this did not go further,” Luzhkov said.

The underground mall was not the only deal Trump pursued in Moscow during Luzhkov’s tenure, however. In 1997, Trump was negotiating a $ 175 million deal with the city of Moscow to renovate the Moskva Hotel, just across from the Kremlin, according to a press release included in a January 1997 SEC filing as well as press reports from the time.

“The venture expects to create the premier hotel in Russia, including 600 guest rooms, 200 private condominiums, a convention center, banquet halls, retail shops and extensive public space,” the filing reads, noting that the city of Moscow would receive a minority of the equity.

Trump also won initial approval to renovate the Rossiya Hotel in Moscow in a deal that would have been worth about $ 800 million, according to Fortune. But in 1998 the Rossiya’s general director Yevgeny Tsimbalistov was murdered in a mafia contract killing; Trump later put the hotel projects on the “back-burner,” his assistant Norma Foerderer said at the time.