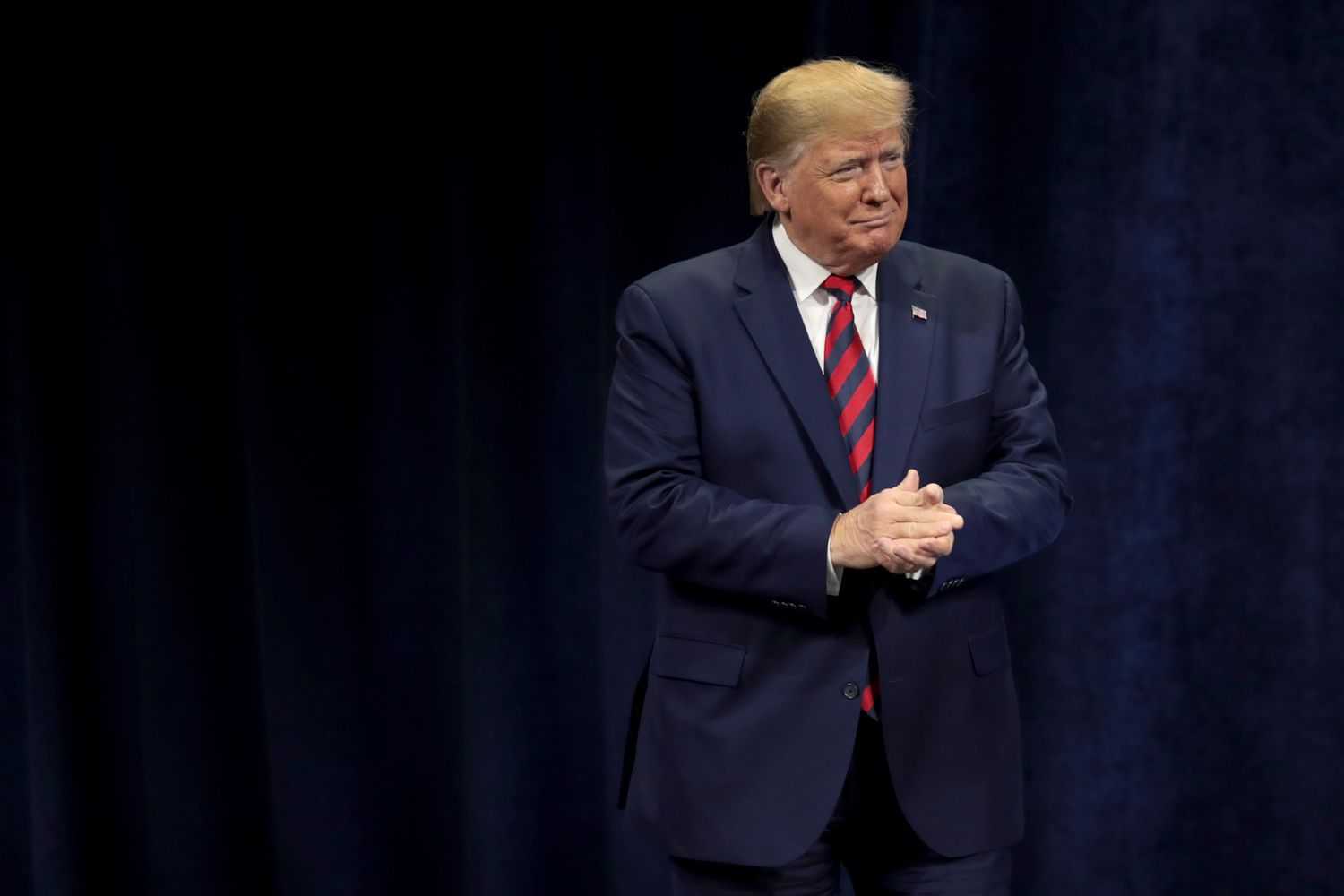 It’s the way Trump has gotten by his whole life, in business and politics. Nothing is a loss, just an opportunity to delay and attack. Trump the businessman countersued when facing loan collectors or allegations of wrongdoing. Trump the politician counterattacks when faced with any staffer who disagrees with him, any opponent who questions his behavior, or any judge who rules against him.

“He’ll weaponize it,” said Bryan Lanza, a lobbyist who worked on Trump’s 2016 campaign and transition and remains close to the 2020 campaign. “He’s a counterpuncher.”

Indeed, Trump has already spun Thursday’s Supreme Court rulings — one that rejected the president’s claim of “absolute” immunity in a New York state criminal investigation, another that concluded lower courts did not do enough to scrutinize congressional subpoenas for Trump’s financial records. Within minutes, Trump was on Twitter, excoriating the decisions as the latest data point in the bureaucratic plot to topple his presidency.

“This is all a political prosecution,” he tweeted. “I won the Mueller Witch Hunt, and others, and now I have to keep fighting in a politically corrupt New York. Not fair to this Presidency or Administration!” Later, he simply wrote in all caps: “POLITICAL WITCH HUNT!”

As Trump heads into his battle with presumptive 2020 rival Joe Biden, Trump won’t avoid talking about the investigations into him and his vast real estate empire. Instead, he will characterize them as partisan attacks by Democrats, the media and his critics — the same way he has cast the investigation into Russia’s election interference, his impeachment inquiry and more than a dozen other probes into every entity he has run.

“It’s a political witch hunt, the likes of which nobody’s ever seen before,” Trump told reporters Thursday. “It’s a pure witch hunt, it’s a hoax, just like the Mueller investigation was a hoax that I won, and this is another hoax. This is purely political.”

The decisions may fire up Trump’s base. But as Trump continues to struggle in the polls against Biden, Thursday’s Supreme Court decisions may not help much, especially since the base-goosing strategy likely won’t win over the suburban and independent voters he needs.

“The audience Trump speaks to is not the broad audience he needs,” said Republican strategist Doug Heye. Moderate voters are likely “numb” to Trump’s tough talk, Heye said, meaning the president’s predictable response on Thursday won’t hurt him — but it also won’t be a boon to his reelection.

The Trump campaign on Thursday didn’t immediately follow the president’s lead — but it did counterattack. It used the rulings to resurface a claim that Biden is hiding his own records by failing to authorize the University of Delaware to open the archives of his personal files after former staffer Tara Reade accused him of sexual assault.

Trump’s team made the claim even though Biden has said the university does not hold any relevant files, and has instead asked the Senate and the National Archives to open up their files, which he said is where any related documents would be held.

“Democrats want to talk about records?” the campaign tweeted. “They should be taking it up with Joe Biden and the University of Delaware.”

Despite the campaign’s effort to push attention to Biden, Trump continued to talk and tweet about his own records all day.

The Supreme Court’s decisions on the subpoenas postpones the release of any records for the foreseeable future. In the New York case, the court said the prosecutor can ask a grand jury for the documents but left open the possibility that Trump could challenge the request on other grounds. In the congressional case, the court sent the case back to a lower court to examine whether the House should narrow its reason for seeking Trump’s records. Trump signaled he will continue to fight both cases.

But even though Trump may not have his financial ledgers publicly exposed before the election, the decisions put Trump one step closer to possibly facing criminal charges after he leaves office — a two-decades old Justice Department policy protects sitting presidents from being indicted.

Investigators have been trying to access Trump’s records for years to determine whether he inflated his net worth, cheated on his taxes, owed money to foreign entities or paid hush money to women alleging affairs with Trump in violation of campaign finance laws.

The president’s decision to maintain ownership of his sprawling company — despite a pledge to put his business aside while in the White House — has created a vast web of potential conflicts of interest, allegations of illegality and accusations that Trump’s policies are driven by his financial interests.

Trump also created suspicion when he became the first president in recent decades not to release his tax records. Trump has claimed that an ongoing audit is preventing him from opening up the documents. He repeated the claim on Thursday.

Despite Trump’s flurry of angry tweets and statements, White House press secretary Kayleigh McEnany declared the court decisions “a win for the president” and said House Democrats “were very much called out for their partisan games.”

“So leave it to House Democrats who did a partisan impeachment, a political witch hunt against the president,” she said. “And this was yet another part, only to be rebuked by the Supreme Court.”

For more than three years, Trump has lumped all the investigations he faces into one line of attack at campaign rallies, on Twitter and in impromptu exchanges with reporters. His aides at the White House and campaign send them out in emails and texts, sometimes printing them on campaign merchandise.

“For almost four years, Democrats have been singularly focused on attacking President Trump for political gain,” said Rep. Jim Jordan of Ohio, the top Republican on the House Judiciary Committee. “Today’s decisions by the Supreme Court sadly will not end the Democrats’ partisan obsession. Americans around the country deserve better than the Democrats’ never-ending political games.

House Speaker Nancy Pelosi tried to put a positive spin on the rulings, but other Democrats acknowledged that Trump had won, at least for now.

“While defeated on his claim that he is above the law, Trump is now beyond the law until after the November election,” said Rep. Lloyd Doggett (D-Texas). “He may not be able to outrun the law, but he is outrunning the clock — whining all the way.”

Massimo Faggioli In particular, the Senate Judiciary Committee should be prepared to ask to examine any covenant—a solemn contract binding before God—that she signed in...
Read more