Trump sticks with positive messaging as coronavirus misery piles up 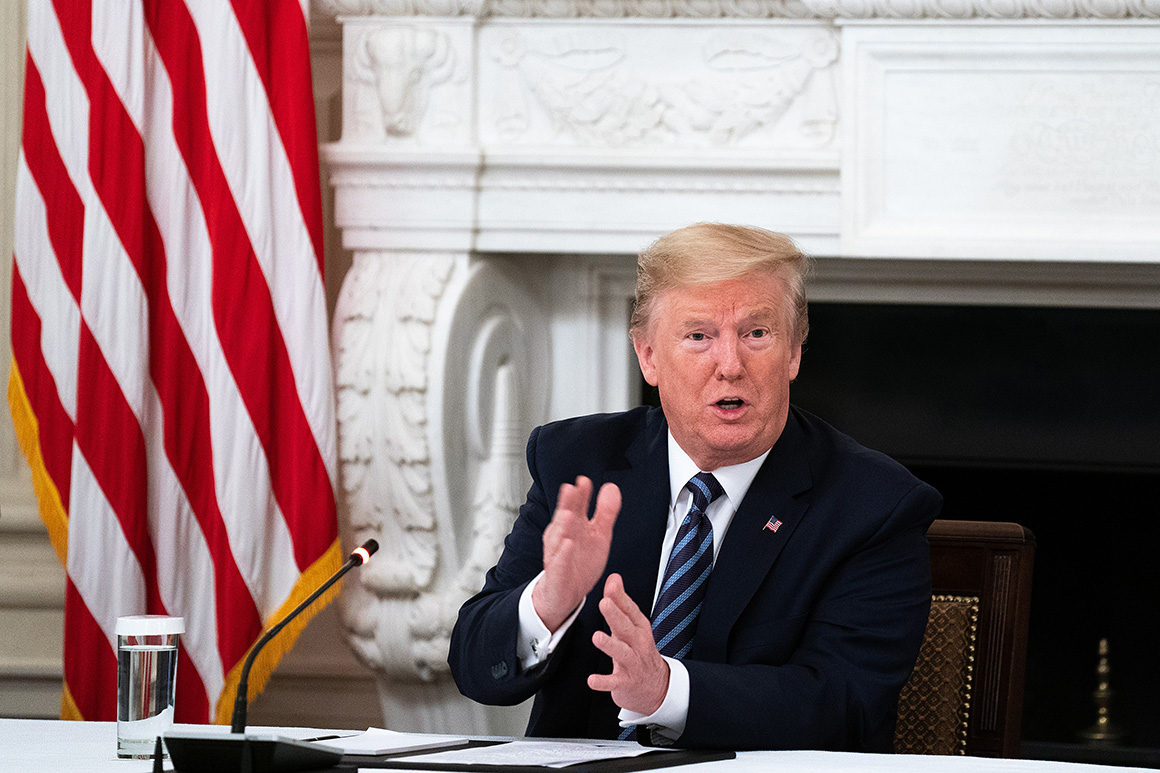 Economists largely do not share the president’s rosy view, nor his assurances that the third and fourth quarters of 2020 will automatically transition into an economic rebound.

“I remember working in the White House in 2009 and feeling the world was ending when we lost roughly 700,000 job a month,” said Jesse Rothstein, a former senior economist in the Obama administration who is now a professor of public policy and economics at the University of California, Berkeley. “Now, we lost 20 million jobs in one month. There is just no comparison.”

For Trump, the pivot to the economy is a messaging play for his White House legacy and his re-election campaign. If he can cast himself as the wartime president who resurrected the economy from a pandemic, that is a far better political narrative than the one the Democrats are pushing: that Trump underplayed the virus’s threat and oversaw an ad hoc and ill-fated response effort.

The president and the White House are looking for ways to boost economic growth by urging Americans to return to work, as well as considering tax cuts for the next relief package — bound to please Wall Street and goose the stock market, which Trump views as its own form of polling.

Publicly, White House officials are keeping up Trump’s optimistic message of a recovery in the last two quarters of the year, even if it seems unlikely that Americans will want to fully participate in large-scale events like concerts or sports games, or attend celebrations, dine out or even travel.

“We understand why the economy is slowing down. And we expect that we can reverse it,” senior adviser Kevin Hassett said on Sunday on CBS’ “Face the Nation.” “Whereas in the Depression, there were a lot of other things, a lot of policy errors and so on, that made the whole thing drag out.” Also on Sunday, Treasury Secretary Steven Mnuchin warned that the unemployment rate could go as high as 25 percent.

There’s no work from home for the more than 2 million farmworkers deemed ‘essential,’ putting them at risk of exposure.

“If you look at the Congressional Budget Office,” he added, “they currently forecast that the second half of the year will be one of recovery. You know, God willing, that’s what’s going to happen. And I think that that’s the view that’s pretty much shared by the White House.”

Conservative political groups and economists have been echoing this message in recent days, calling for Congress to cut or suspend the payroll tax in the next congressional package and move to relax social-distancing guidelines as soon as possible.

On a private call with conservatives last week, the director of the National Economic Council, Larry Kudlow, predicted that the U.S. would see an economic rebound in the summer months, and argued that the White House was trying to move from the stage of rescuing the economy to boosting and incentivizing growth, said one person on the call — even if, to outsiders, it felt like the economy was still in free fall.

“The high unemployment rate only raises the stakes for getting the economy opened as quickly as possible,” said Stephen Moore, an informal economic adviser to the Trump campaign and the White House dating back to 2016. “We’re starting to see the victims of the shutdown. What the data is telling us is that people laid off were the lowest-income and minimum-wage workers. That makes it all of the more imperative to move as quickly as possible.”

Critics of the Trump administration, including many health officials, do not agree with the sudden reopening of the economy without greater capacity to test Americans for the virus or trace the path of infections. Trump’s own top health officials have largely disappeared from public events and briefings.

“It is not unrealistic that there will be some type of economic bounce-back,” said Rothstein, the economics professor and former Obama official. “Whether it could be the third quarter depends on the president doing his job at some point and getting the public health part of this done. We don’t seem any more ready to reopen than we did two months ago.”

Even the White House, with its superior resources and medical professionals, is struggling to contain the virus after one of the president’s valets and the vice president’s top spokesperson tested positive for Covid-19 last week, diagnoses that concerned top administration officials who work in close quarters and attend meetings without wearing masks.

Hassett on Sunday called the White House a “scary” place to go to work right now, and Vice President Mike Pence opted to avoid the White House over the weekend after his top spokesperson tested positive. Pence was tested for the coronavirus on Sunday, one official said, and it came back negative.