Trump team pledges adequate testing to reopen, despite reports of... 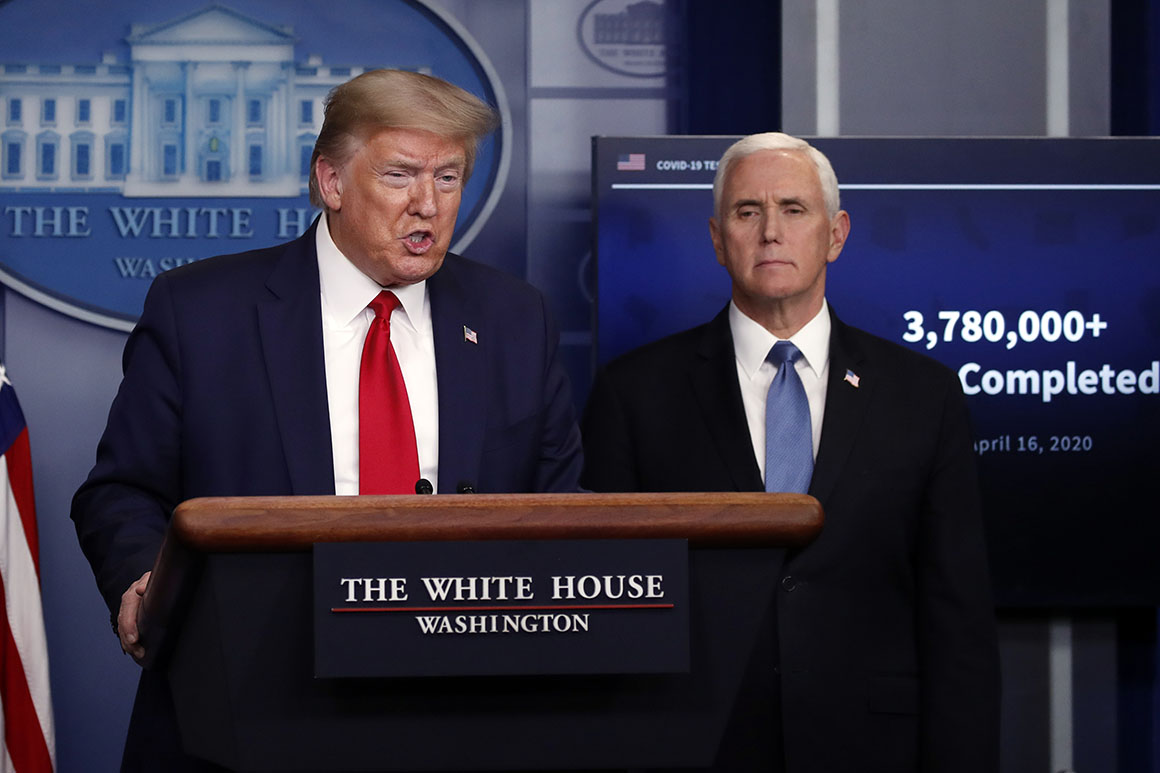 Vice President Mike Pence on Friday said the U.S. has enough coronavirus testing capacity to reopen the country, even as states say they are struggling to keep up with demand.

“Our best scientists and health experts assess that today we have a sufficient amount of testing to meet the requirements of a phase one reopening if state governors should choose to do that,” Pence said during a White House press briefing, referencing the first piece of the administration’s guidance to states on how to lift social distancing measures.

President Donald Trump told reporters that the U.S. has run 3.78 million tests so far — “more than any other country.” He touted the administration’s efforts to dramatically ramp up testing after an initial rocky rollout in the first months of the coronavirus outbreak.

Despite the recent increase in testing across the country, widespread shortages in testing materials and workforce issues have crippled states’ efforts to broadly test people. Many states have instead been forced to ration tests by giving priority to those who are hospitalized and populations, like the elderly, at high risk.

Maryland Gov. Larry Hogan, chairman of the National Governors Association, said at a Wednesday press conference now is "the worst possible time" to reopen, noting that his state needs to “exponentially expand testing capacity” before lifting its social distancing guidelines.

Other states’ public health officials have also acknowledged testing isn’t at the level it needs to be to reopen the country, though many states are considering steps they can take to lift lockdown orders safely without widespread testing.

“The shortages are in testing supplies and shortages of PPE for people doing the tests,” said Mike Fraser, executive director for the Association of State and Territorial Health Officials. “There’s a big disconnect with what the White House says and what’s happening on the ground in states.”

Anthony Fauci, the U.S. government’s top infectious disease expert, acknowledged existing issues with the testing supply chain but said they are being corrected.

“I know what it means when someone tells you ‘Hey, you have what you need,’ and you look around and you say ‘Well, maybe you think I have what I need but I don’t really have what I need,’" Fauci said at the White House briefing. "So we have to figure out, how do we close that gap?"