Trump the distracter brings his act to the DNC 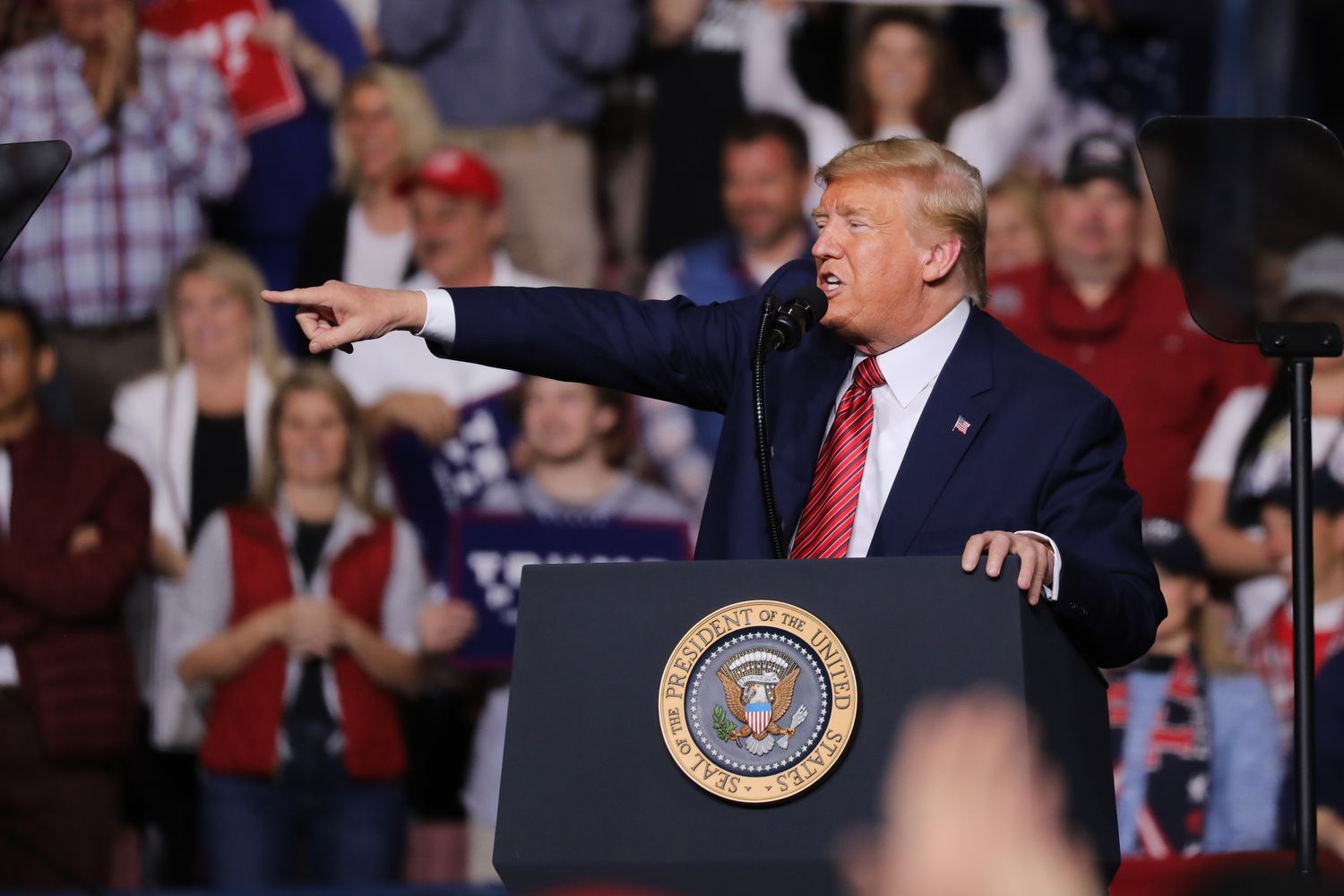 While such counterprogramming is nothing new for Democrats and Republicans during the weeks of their respective conventions, Trump has taken the scheme to a new level during his presidency.

During the Democratic primary debates earlier this year, the president frequently scheduled simultaneous rallies and speeches that threw red meat lines to his base — and to CNN roundtables. Last year, Trump scheduled a North Carolina rally for the same day as Robert Mueller was set to testify on Capitol Hill — although the former special counsel later pushed back his appearance. For each of the last three years, the president has bucked tradition and skipped the White House Correspondents Dinner to hold rallies in competitive states instead. And during the 2016 campaign, the president skipped the GOP debate ahead of the Iowa caucuses to hold his own campaign event.

“In the old days, you laid low during your opponent’s convention,” said Chris Ruddy, CEO of the conservative Newsmax media outlet and a Trump friend. “But in these new ‘Trump days’ you don’t let anything pass before striking back in a timely manner.”

The primetime network slots during presidential nominating conventions are generally a ratings boon.

In 2016, Trump and Clinton, respectively drew 34.9 and 33.7 million viewers across all stations during their speeches, according to Nielsen tracking. But this year, with the usual convention floor drama being replaced by virtual speeches due to the coronavirus, it’s unclear how much attention the events will garner.

Democrats are leaning on a lineup of marquee party names, such as Barack and Michelle Obama, Bill and Hillary Clinton and Rep. Alexandria Ocasio-Cortez (D-N.Y.), as well as the star power of Hollywood celebrities like Jennifer Hudson and John Legend. Still Trump’s campaign hopes he will make a splash in spots critical to the 2020 political map by using the power of the presidency and the pomp and circumstance of traveling via Air Force One.

“Trump will get to talk about his record in places where they haven’t seen Biden for a very long time,” said a Trump campaign official, referencing Biden’s decision to limit travel, in accordance with pandemic guidelines. The Scranton stop, the official said, was orchestrated to “focus on how Joe Biden has been bad on the economy, jobs and how he left the people of his hometown behind.”

The campaign is also making an aggressive play in the DNC host state of Wisconsin, which Trump captured in 2016 but is considered a swing state this year. Trump family members like son Eric Trump and Vice President Mike Pence are planning stops there next week. The campaign rapid response team plans to treat the Democrats’ convention like a debate night, and the Trump campaign and Republican National Committee’s joint field operation has planned events across key states, according to an RNC official.

“While Joe Biden spends his time hiding from voters and the media, President Trump will actually be seeing people face-to-face, including in Wisconsin,” said Tim Murtaugh, communications director for the Trump campaign. “We’ve got the best counterprogramming weapon there is — the president of the United States.”

Such confident assessments are not universally shared, even by those in Trump’s own party.

“[Counterprogramming the conventions] is ultimately an outreach to moderates and independents,” said Anthony Scaramucci, Trump’s former communications director turned critic, who referenced Obama’s appearance on Fox News’ “The O’Reilly Factor” during the 2008 RNC. “But reaching those people is something they’re not capable of doing.”

And the Biden campaign dismissed the stops as fleeting made-for-TV appearances, not reflective of any actual connection to an area.

“While these fly-in, fly-out airport sideshows might protect Trump from seeing the damage that he has done to communities throughout the country, they will only underscore why we have to win this battle for the soul of our nation,” said Andrew Bates, a Biden campaign spokesperson.

Trump, ever the showman, has spent years distracting and diverting people’s attention. Sometimes it plays to the president’s advantage, other times it generates backlash, negative headlines and eyerolls from his own party and aides. But it always accomplishes one thing: placing the spotlight back on Trump.

Trump can even counterprogram his own programming.

But the president quickly sucked up the oxygen, accusing Comey of lying under oath, going after London Mayor Sadiq Khan after a terrorist attack in the city and reigniting controversies over his travel ban targeting Muslim-majority countries. Soon “Infrastructure Week” became a punchline for Trump aides and journalists alike for moments when the president blows up attempts to divert attention from unsavory headlines.

Still, Trump’s allies are convinced the coming week will play well for Trump.

“Going to states like Wisconsin while Biden stays in Delaware is a tremendous advantage to the president,” said Sam Nunberg, a former Trump adviser. “Because even if it doesn’t drown out national media it will get massive amounts of local, earned media in those targeted states.”