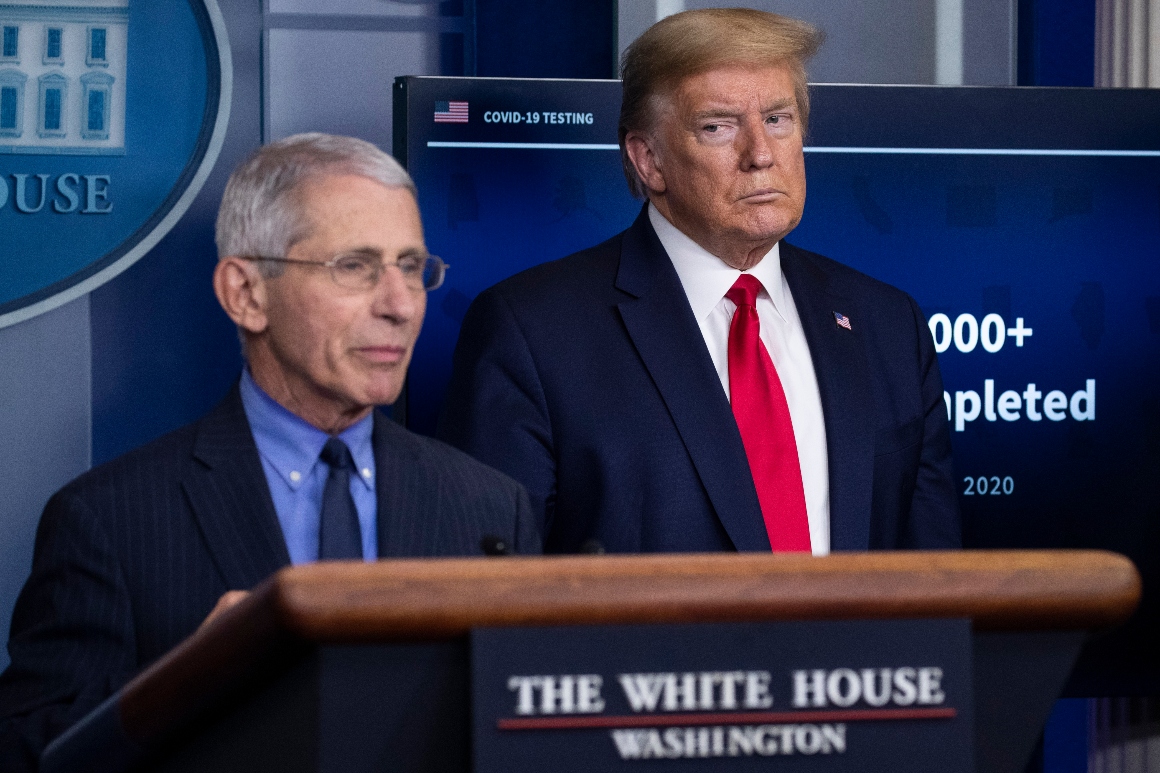 The Biden campaign seemed gleeful to be linked with Fauci, who has continually rated as one of the most trusted voices in the country on Covid-19, according to numerous public opinion polls.

Trump had beaten up on Fauci throughout the day Monday after the director of the National Institute for Allergy and Infectious Diseases — and a leading member of the Trump administration’s coronavirus task force — painted an unflattering portrait of the president on CBS’ “60 Minutes” in an interview that aired Sunday evening.

In it, Fauci said that Trump is reluctant to wear facial coverings in public because “he “equates wearing a mask with weakness,” and that going without one makes a statement.

A week ago, Fauci balked at his inclusion in a Trump campaign ad, which he said was done “without my permission” and included comments that were “taken out of context.” That disavowal also swiftly drew the president’s ire.

During the recent interview, Fauci also said that the White House had at times prevented him from making some media appearances and otherwise placed a “restriction” on the flow of certain information.

The president and his aides pushed back on those assertions, saying that the “60 Minutes” appearance itself was evidence that Fauci was not being muzzled.

“Dr. Fauci has been on an incredible amount of TV,” White House communications director Alyssa Farah said on Fox News on Monday. “It’s hard to turn on the TV and not see him. And we’re certainly not trying to stifle him sharing important information with the public.”

But Trump also said on Monday that “people are tired of hearing Fauci and all these idiots,” during a call with campaign staff that the media was allowed to listen in on.

Trump picked up that thread again during his Arizona rally, saying Fauci is “a wonderful guy.”

“He just happens to have a very bad arm,” Trump said before pivoting back to remarking about the stakes of the November election.