Trump uses virtual town hall as an appeal for reelection 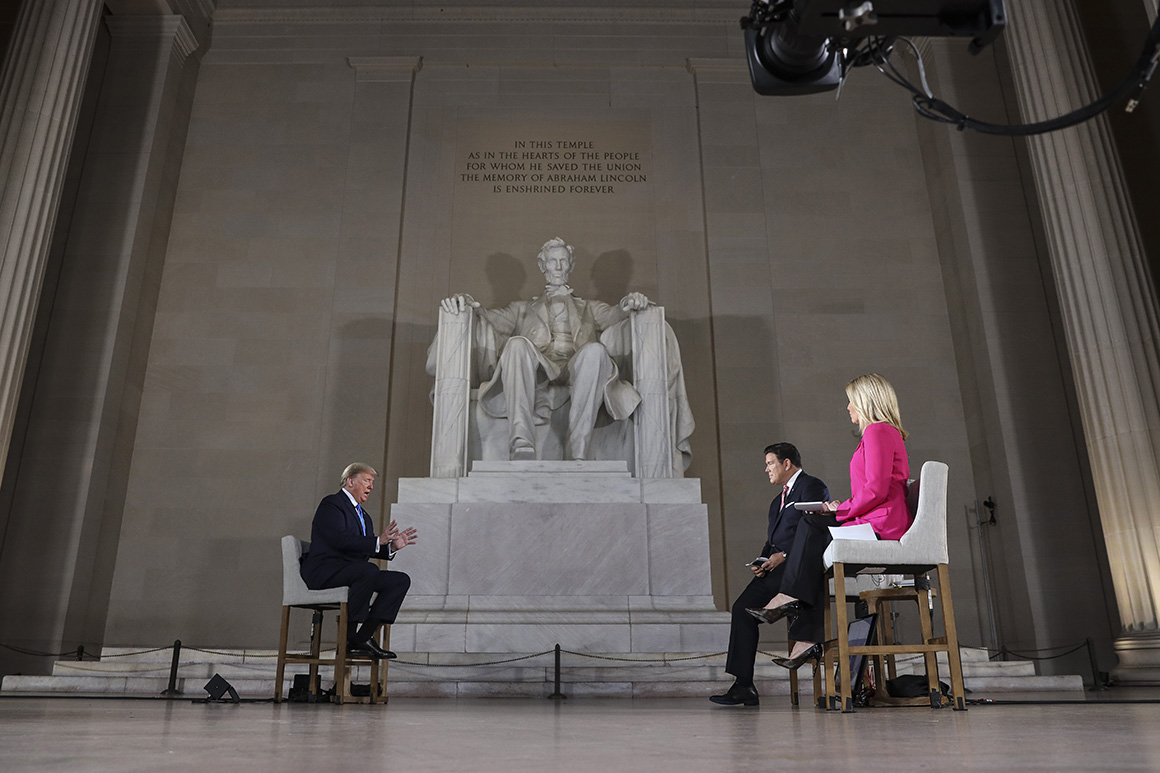 President Donald Trump on Sunday turned a town hall that was centered on the coronavirus pandemic into an appeal for his reelection, leveraging the two-hour time slot on Fox News at the Lincoln Memorial to tout himself as an unrivaled American leader.

Trump took some tough, substantive questions from Fox News’ Bret Baier and Martha MacCallum, as well as Americans who submitted video queries over the past week. But the president was also evasive and defensive at times, and the hosts often didn’t follow up when Trump was vague, incorrect or misleading in his responses.

He didn’t answer questions about how the federal government could aid a small business that didn’t qualify for the Small Business Administration’s Paycheck Protection Program, beyond musing that he would take a look at it and “maybe there is something we can do.”

He seized on a question about his bullying rhetoric and answers to the press by bullying the press, arguing that the vast majority of reporters are “hostile” despite, he said, his having “done more than any other president in the history of our country,” like creating a Space Force and combating terrorism.

And when asked about the controversy of holding the virtual town hall at the Lincoln Memorial, the president said he thought the venue was chosen by Fox News, not the White House.

Trump said he could unite the country by winning against the coronavirus, which has killed more than 67,000 people in the U.S. and put 30 million Americans out of work in the past six weeks despite Congress’ passage of trillions of dollars in stimulus funds.

He went on, however, to call his predecessors “foolish” and “stupid,” to dismiss the World Health Organization as a “disaster,” and ultimately to contradict himself by remarking that there was no winning when lives are lost.

“There’s no win here, just so we all understand,” Trump said. “There is no win. This is not a situation where there’s a win.”

In terms of death, Trump added, the U.S. is “at the lowest level predicted, and we may not hit that,” though America has already surpassed that level: Trump previously said the low end of the death toll would be between 50,000 and 60,000, and his prediction as of Sunday ranged from 75,000 to 100,000. 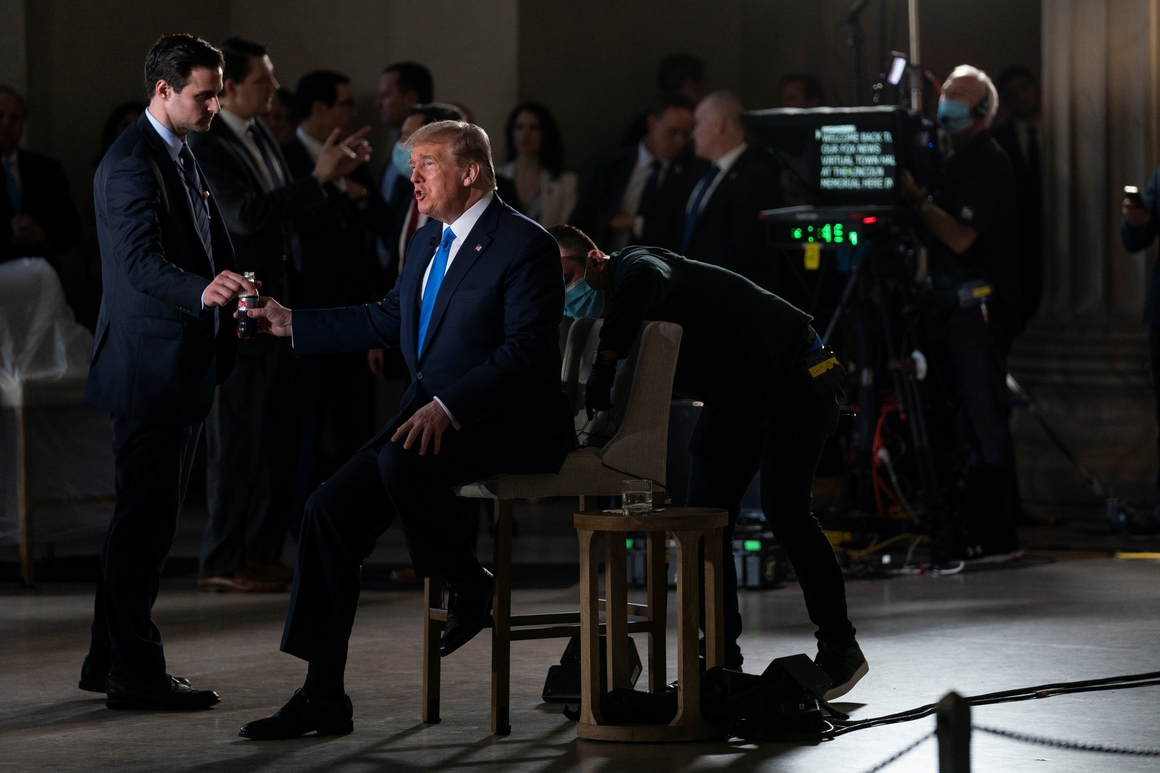 But he also argued that the nation couldn’t stay closed forever. Teachers unions have threatened to strike or protest if they’re forced to return to schools too soon or without proper safety protocols. Trump, however, was adamant that students would be fine, though he did express concern about older teachers with underlying health issues who are more susceptible to contracting the disease. (People of all ages have died from Covid-19, the illness caused by the novel coronavirus.)

Though the nation is split over whether to reopen cities and states or continue lockdowns to prevent a second wave of the virus spreading, Trump said both sides could be satisfied.

“I think you can really have it both ways. I think a lot of people wanna go back,” Trump said. “But you also have some people that are very scared. Probably everybody’s scared when you get right down to it. … But there are other people that are scared about being locked in a room and losing their job and not having any income and, you know, for the first time — these are workers, these are people that wanna get back and work and make a living, and they’re afraid their job’s not gonna be there, and at a certain point if you keep it going too long, that’s gonna happen. So I understand that very well.”

The president also expressed confidence that there would be a vaccine by the end of the year, and claimed that 2021 would be “a phenomenal economic year.” He said he saved the entire airline industry, 30 million jobs and millions of lives by shutting down “the greatest economy that the world has ever seen.”

When all is said and done, Trump said, the government could spend as much as $ 6 trillion in economic relief. But as Democrats call for state and local aid to be included in the next package, Trump said he had told Treasury Secretary Steven Mnuchin, “We are not doing anything unless we get a payroll tax cut.”

His trip to the Lincoln Memorial was his first time outside the White House in weeks. But it wasn’t the same as a rally, something the president acknowledged he might not hold until a couple of months before the election.

“I don’t think we can have a rally with an empty stadium — with nobody in there,” Trump said. “In other words, you know, you may be able to pull it off with baseball or football or boxing or basketball. You can’t pull off a rally. … It wouldn’t work out too well. So hopefully we’ll be able to do rallies in the last couple of months.”