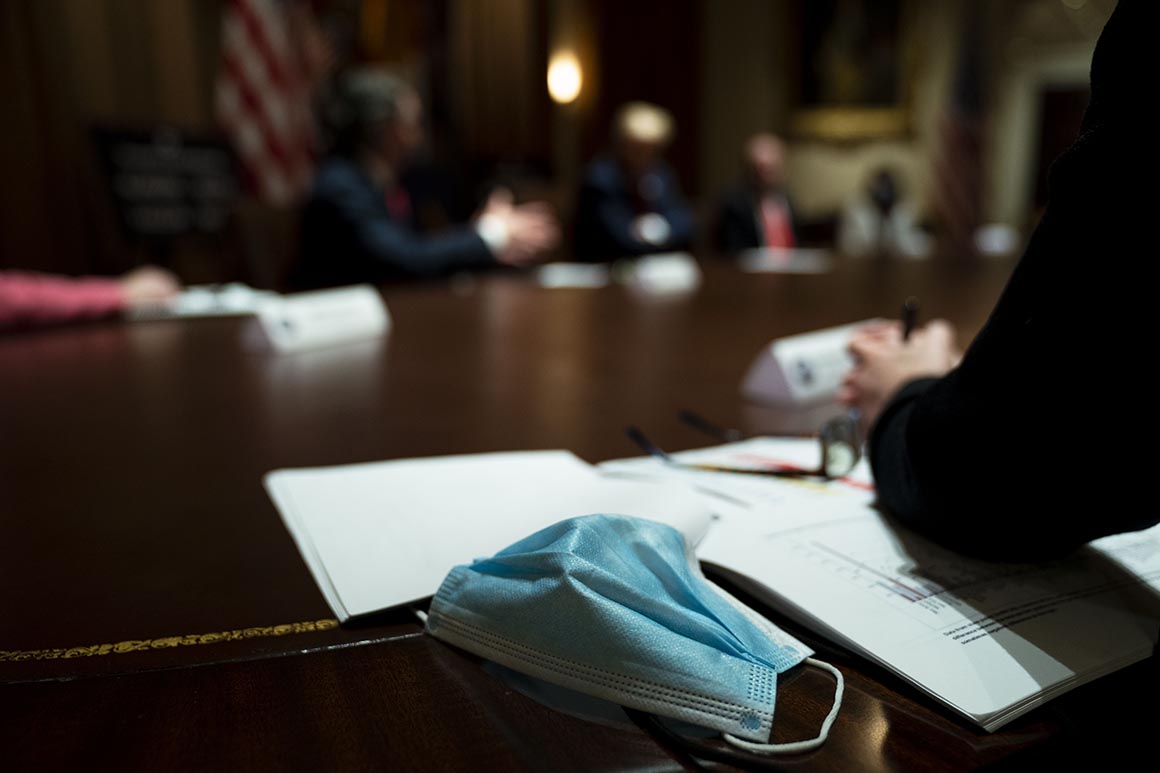 The pursuit of a vaccine across federal health agencies has also forced tradeoffs. The Biomedical Advanced Research and Development Authority, for example, has halted a push for lung treatments to fight the coronavirus, potentially putting a treatment option on the back burner.

The danger of going all in on a vaccine may be that President Donald Trump is pinning hopes on a miracle shot while there’s considerable reason to believe that the outbreak could stretch on for years.

“There’s no guarantee that a vaccine is going to work,” said Luciana Borio, who served as the FDA’s acting top scientist and worked on White House pandemic preparedness efforts earlier in the Trump administration. “And even if it does, there’s no guarantee that it’ll be the right product for most people, or that people will want to take it, or that the virus won’t mutate.”

Vaccines are notoriously difficult to make; the vaccine for mumps, the fastest ever developed, took four years. Many take far longer, and more still fail in animal or human testing and never reach the market. Public health experts say the U.S. government is making a risky bet by focusing so much of its pandemic response on the hope that a shot will end the coronavirus’ devastating march.

This story is drawn from interviews with eight officials inside the administration, who spoke on condition of anonymity because they were not authorized to speak publicly, as well as outside scientists and other public-health experts.

Inside Operation Warp Speed, officials are brimming with confidence. Five people involved in the vaccine project insist that there are reasons to be confident it will succeed: Two vaccines may be just weeks away from beginning the late-stage clinical trials; there are as many as six other viable candidates being tested and plans to radically expedite production are well underway.

But outside health experts say that federal officials need to level with the public, a task complicated by Trump repeatedly vowing that the vaccine is imminent — perhaps arriving before Election Day.

“The perception of the vaccine politics is damaging,” said a former Trump HHS administration official. “If they approve one quickly, people are going to be skeptical.”

“The White House has consistently looked for magic solutions — hydroxychloroquine, remdesivir, now vaccines — but that’s not how it works,” added virologist Peter Hotez, the dean of the National School of Tropical Medicine at Baylor University. “Our first Operation Warp Speed vaccines may only be partially protective and reduce severity of illness, which is important, but may not prevent disease or interrupt transmission.”

Even if the administration hits its ambitious vaccine target, tens of thousands of Americans may die from the coronavirus in the interim. The United States smashed the single day record of new cases for five straight days last week and states like California and Texas reported record hospitalizations.

Remember the opioid epidemic? It’s still here. And getting worse. But attention and resources are mostly going to the pandemic, as overdoses rise in its shadow.

The White House is reviewing new public-health guidance this week on how states can best mitigate the new surge in cases, said three officials, but is constrained by the administration’s posture that local officials should take the lead — and the president’s repeated vows that the coronavirus crisis will soon wind down.

Experts have called on the administration to focus more on this public-health guidance, especially given that vaccine development efforts could easily fall behind their aggressive timeline. “If you think the vaccine is not going to be a solution for the U.S. in the next 18 months, there’s still time to get this right,” said Rajiv Shah, the president of the Rockefeller Foundation and the head of USAID during the Obama administration, calling for a greater focus on public-health messaging. “There’s so much potential to have positive impact right now, but it’s not happening.”

Operation Warp Speed’s early efforts will be closely scrutinized at a Senate hearing on Thursday, where health department leaders will provide an update on the vaccine production and development process.

In a statement to POLITICO, HHS touted its Operation Warp Speed efforts and said that staff devoted to the project’s vaccines and treatments were separate from the government teams working on its day to day virus response.

“The January 2021 goal to begin administering a safe and effective vaccine to Americans is ambitious but achievable,” a spokesperson said. “The president has made it abundantly clear that this is the team that can get it done.”

Operation Warp Speed took shape in early April. HHS Secretary Alex Azar quickly made clear that the health department — not the White House — should partner with the Pentagon on the project, said three officials who spoke with him around that time. Azar justified the move as a public health necessity, but it also had political significance. Weeks earlier Vice President Mike Pence had abruptly replaced Azar as head of the coronavirus task force, renewing questions about the health secretary’s future.

“This is a way for him to focus on the ultimate arrow in the quiver on the pandemic, which is vaccine development,” said a senior administration official. “There’s a very clear analogy around the Manhattan Project, which is very appealing to the folks around the secretary, and his legacy.”

The health department disputed the characterization of Azar’s role in pushing for leadership of Operation Warp Speed. “This is the most ridiculous statement I’ve heard all week, and it’s only Monday,” said Michael Caputo, the department’s spokesperson.

HHS officials have argued that Operation Warp Speed has built on hard-won lessons from earlier in the response. The Trump administration aggressively engaged the private sector and has leaned on logistics experts from the military, two tactics that helped turn around the government’s early testing and supply chain failures. Moncef Slaoui, a longtime pharma-industry veteran, is Operation Warp Speed’s chief scientific advisor.

“We’re in a much better place with this than the supply chain task force,” said one HHS official, referencing the ad hoc effort that began in March to quickly ramp up U.S. medical supplies, overseen by White House senior adviser Jared Kushner. “There aren’t the same groups like before, where officials are fighting for influence … there are clear chains of command.”

That opinion is not universally shared, including by some staff in the health department’s Biomedical Advanced Research and Development Authority, which historically has staked out territory that’s been subsumed into Operation Warp Speed. Some BARDA projects — such as a push for lung treatments to fight the coronavirus — have been halted amid the rush for a vaccine.

“Operation Warp Speed had a rocky start,” said one BARDA official, adding that staff inside the HHS biomedical arm have spent weeks confused over who was “calling the shots” for the new vaccine effort and what it meant for their existing work. The effort was further confused by HHS’ decision to bring in consultants from the Boston Consulting Group.

Sen. Patty Murray (D-Wash.) and Rep. Rosa DeLauro (D-Conn.) last week raised concerns that BARDA officials had been abruptly reassigned as leaders of several vaccine contracts, a topic that aides say is expected to come up at several HHS oversight hearings this week. Democrats also have warned that political pressures could interfere with the scientific process, pointing to how FDA officials were pushed in March and April to expedite access to the malaria drug hydroxychloroquine at the White House’s request, despite scant evidence that it was an effective coronavirus treatment.

“The ongoing struggle to get President Trump to take testing seriously should be a stark warning to Congress that when it comes to vaccines, we can’t just leave this Administration to its own devices — we have to hold it accountable,” Murray plans to say in remarks on Tuesday that were shared with POLITICO. “We know this pandemic will not end until we have a vaccine that is safe and effective, that we can widely produce and equitably distribute, and that is free and accessible to everyone. Which is why we need a comprehensive national vaccine plan from the Trump Administration as soon as possible.”