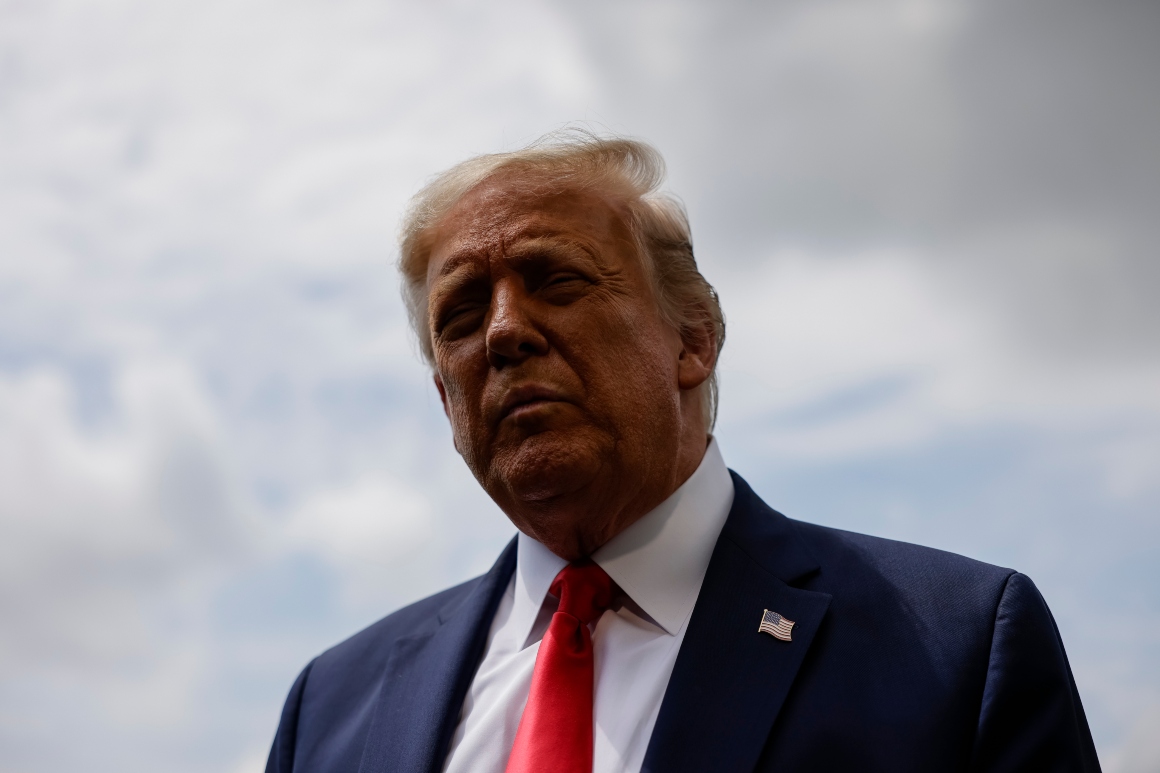 And while Trump has promised a “big” jobs number on Friday, the unemployment rate is likely to stay above 10 percent, a daunting figure for any incumbent president and higher than the worst level of the Great Recession of 2008 and 2009.

The Covid crisis that slammed the U.S. in March and shuttered much of the economy wiped out tens of millions of jobs, erasing gains from the last decade and digging a hole that may take years to escape. And the pace of hiring slowed in recent weeks amid a rise in Covid cases in many states and deep uncertainty among employers about whether and when to bring back laid off or furloughed workers.

“The economy has largely gone sideways since mid-June, as the re-intensification of the virus has forced about half the nation’s states to either backtrack or pause their business reopenings,” said Mark Zandi, chief economist at Moody’s Analytics. “It is critical that lawmakers agree to another substantial fiscal rescue package before Congress goes away on its August recess for the fragile economy to avoid backsliding into recession.”

Some analysts even suspect that July could show little to no job gains. Others believe the real hit from the latest Covid flareups may not show up until the August employment numbers come out in early September. Either way, economic data suggest hiring is slowing down.

“I expect no change in total employment and an increase to 11.5 percent in the unemployment rate,” said Joseph Brusuelas, chief economist at financial consulting firm RSM U.S. “The array of alternative data that we now have at hand all imply U.S. household consumption, hiring and the economy started to stall in mid to late June.”

Brusuelas said “another round of fiscal aid is absolutely critical to the economy. If the talks fail, the political sector is creating the conditions for at best a double dip recession or much longer downturn than would occur otherwise.”

As of now, prospects for a deal out of Congress seem dim. Members left town this week with no agreement and the White House is now talking about trying to push through executive orders to extend further economic relief measures including a controversial effort to unilaterally expand enhanced jobless benefits that expired at the end of last month.

Democrats want those benefits maintained at an extra $ 600 per week while Republicans initially offered an additional $ 200 per week, or 70 percent of a person’s previous salary. Despite job gains in recent months, more than 32 million Americans received some type of unemployment insurance in the week ended July 18, a figure that represents about 20 percent of the entire American labor force.

The concern among economists is that if the rate of rehiring really does slow down, the absence of extra relief measures will further erode consumer confidence and spending and then make employers even less likely to hire, given the drop in demand.

That’s the kind of self-reinforcing cycle that could turn the current recovery into a double-dip recession. And a poor jobs report on Friday could finally start to dent a remarkably resilient stock market that has regained most of the ground lost after Covid hit the U.S., partly due to extraordinary interventions by the U.S. Federal Reserve to provide easy credit and the multiple economic aid packages from Congress.

“If the number surprises on the downside and the unemployment rate doesn’t dip below 11 percent then we could see a market pullback on the news,” Brian Price, head of investment management for Commonwealth Financial Network, said in a note to clients. After economic indicators mostly improved in May and June as states began to reopen, some have begun to slide back down in ways that are likely to give employers pause about adding back significant numbers of workers.

Consumer confidence as measured by the Conference Board sank in July to a reading of 92.6, above the crisis-low of 85.7 but well below the 132.6 hit in February, a near 20-year high.

“The out-of-control pandemic has also further spooked consumers, particularly baby boomers in their 50s-70s who are particularly fearful for their health,” said Zandi. “Businesses are also reluctant to meaningfully expand their operations given the over-the-top uncertainty created by the pandemic. The economy is unlikely to go anywhere fast until the pandemic is over; that is, there is an effective vaccine that is widely distributed and adopted.”