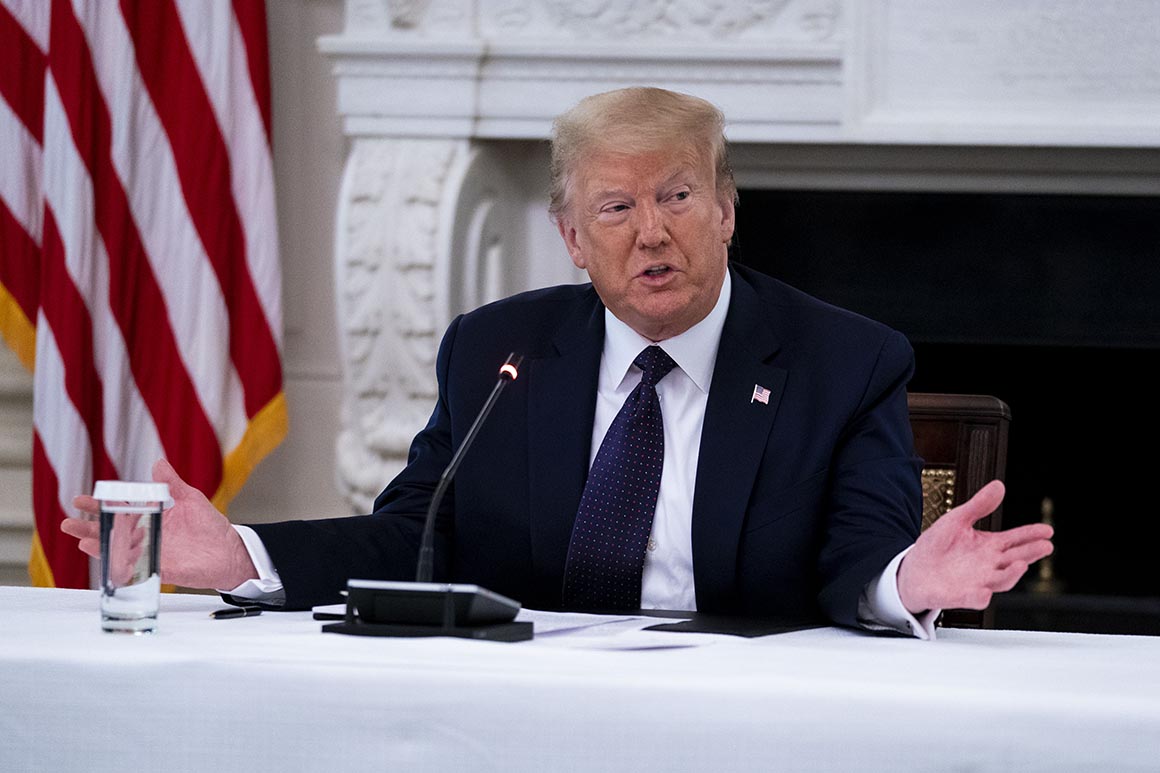 Trump allies fear the election is now shaping up as a simple referendum on Trump and his performance in the White House — with recent polling showing Trump losing ground with noneducated white voters, senior citizens, Catholics and evangelicals. With Biden formally clinching the nomination last week, the Trump campaign wants to focus attention more on Biden and away from Trump personally. “As Sleepy Joe starts venturing outside the basement, he will have a rude awakening,” said Jason Miller, a new adviser on the Trump reelection campaign, who also worked on the 2016 campaign as a senior communications adviser.

With only five months until the general election, Trump and his top aides realize they need to take drastic action to both shore up his support with the base and improve his standing with other voters in several key states the campaign had assumed were safe. The Trump campaign boasts a giant war chest from fundraising and an extensive staff and digital operation. But donors, conservative activists and former campaign officials have been dismayed by the strategy and messaging coming out of the campaign in recent months as the economy tanked and Trump struggled to navigate the Covid-19 pandemic. Political advisers have also complained about the lack of coordination between the Trump campaign, White House, outside allies and advisers and various Republican-backed groups.

The campaign intends to play up the recent drop in joblessness nationally, a trend line officials say plays to Trump’s strength as the candidate best suited to handle an economic recovery — even if the unemployment rate still exceeds anything seen during the Great Recession.

Trump himself has grown frustrated by the negative polling in recent weeks, confounded by Biden’s lead and frustrated by his own campaign actions and execution of strategy during the pandemic. The president is increasingly nostalgic about his 2016 race and the team that led him to victory — much the way a man pines for an ex without remembering all of the relationship’s flaws, joked one Republican close to the White House. An incumbent’s campaign is inherently different than an upstart one, the Republican added, but Trump remains fixated on the 2016 win, those aides and those messages.

One Trump campaign official argued the revival of 2016 themes comes in part from Democrats nominating another long-standing Washington politician — posing similar vulnerabilities that hurt Hillary Clinton, they argue. The Trump campaign continues to portray Trump an insurgent candidate — even as he has served as president for 3½ years and bent almost all of the Republican Party to his agenda.

The return to a more aggressive, attack-dog posture fits with both the 2016 nostalgia and a recognition that the Trump campaign needs to radically reshape perceptions about Trump in the coming months. The latest polling showed devastating trends for Trump’s approval rating in recent months and widespread concern across party lines about the country’s direction.