Trump’s health officials are trying to speed up testing. Here’s... 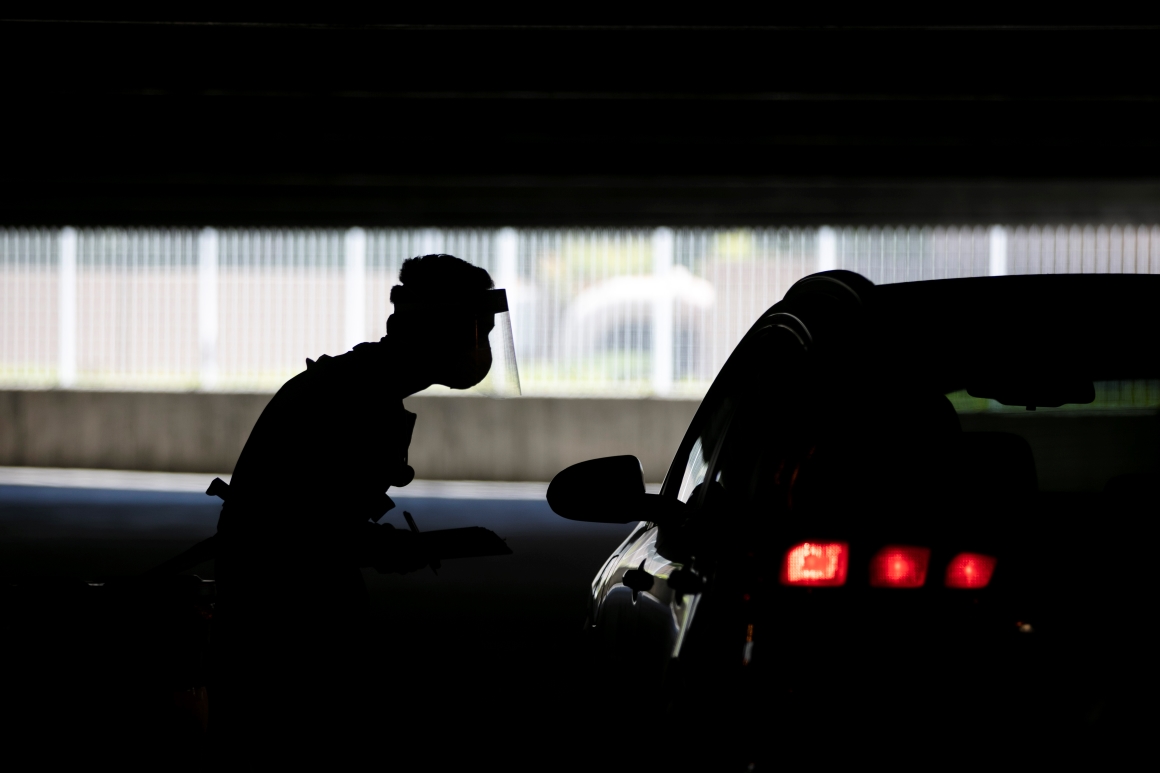 “I don’t know how effective pooling will be, the push for pooling is really coming from the White House and [coronavirus coordinator Deborah] Birx and the group that she leads up primarily because it’s an easy way to build numbers,” he said. “I think they just want to run the numbers up,” he later added.

Blank said that pooling will not conserve testing supplies — including hard-to-find chemical reagents — if the overall prevalence rate is higher than 4 or 5 percent in a given community.

Still, some commercial labs are exploring whether they can put pooling in place, said Julie Khani, the president of the American Clinical Laboratory Association. “Pooling may provide a means for minimizing reagent use while maximizing test availability,” she said. “However, sample pooling has limitations, particularly in high prevalence settings.”

Pooling can also reduce the sensitivity of testing. If a person in a sample pool is in the early stages of a coronavirus infection and just beginning to shed the virus, that might not be detected if other members of the pool aren’t infected. Their negative samples could dilute the weak positive sample, Blank said.

FDA diagnostics director Tim Stenzel echoed that concern on a July 1 call with industry. The agency is asking labs and test manufacturers to seek emergency authorization for test-pooling procedures. But the early data the FDA has reviewed suggests that the approach can produce a larger percentage of false negatives than does testing people individually.

“It’s not unfortunately going to be a panacea,” Stenzel said. “Yes, it will address reagent shortages. Yes, it can expand our capacity to test more and more patients with the given infrastructure that we have, but nearly all pooling schemes will reduce the sensitivity of the assay.”

Even so, several public health experts said that in the right setting, pooling can help expand desperately needed testing in areas where the virus is spreading at a low to moderate level.

An HHS spokesperson said the health department expects the U.S. will be able to conduct 60 million individual coronavirus diagnostic tests in September, with another 40 million samples tested in pools.

Rep. Max Rose (D-N.Y.) says the Trump administration should aim to examine an even greater number of samples through pooled testing. He is lobbying Giroir and the White House to rapidly implement pooling across the country using funds from the Paycheck Protection Program and Health Care Enhancement Act.

“They’ve been playing hot potato. They’re saying it’s a technology issue, a funding issue, a guidance issue, a bureaucratic issue,” Rose told POLITICO. “The approval is just the first step because it then becomes an operational issue. I want to see pool testing in New York City — there’s no better place to do pool testing.”

The Rockefeller Institute’s latest testing plan, which argues at least 30 million tests per week are needed, also identifies pooling as a potential way to identify people who are infected but not displaying symptoms.

Mark McClellan, who served as FDA commissioner and CMS administrator under George W. Bush, said pooling could be a good way to screen preoperative patients in hospitals and people returning back to work.

“Pooled testing works best when you have an expectation that the positivity rate is going to be very low,” McClellan said. “It’s not something you want to do for people who are symptomatic or when you’re testing people who have close contacts of those exposed to the virus. But it is potentially very useful in settings like nursing homes where there is no active outbreak.”

Once the rate of new infections slows and turnaround times for testing speed up, pooling can more seriously be considered as a method to test large numbers of people, according to Heather Pierce, regulatory counsel at Association of American Medical Colleges.

“Our testing strategy as a nation is woefully behind where we need to be,” Pierce said. “Pool testing is one very attractive and potentially very helpful tool. The key is when and how it’s used.”