Trump's latest attempt to tag Biden as a radical flops 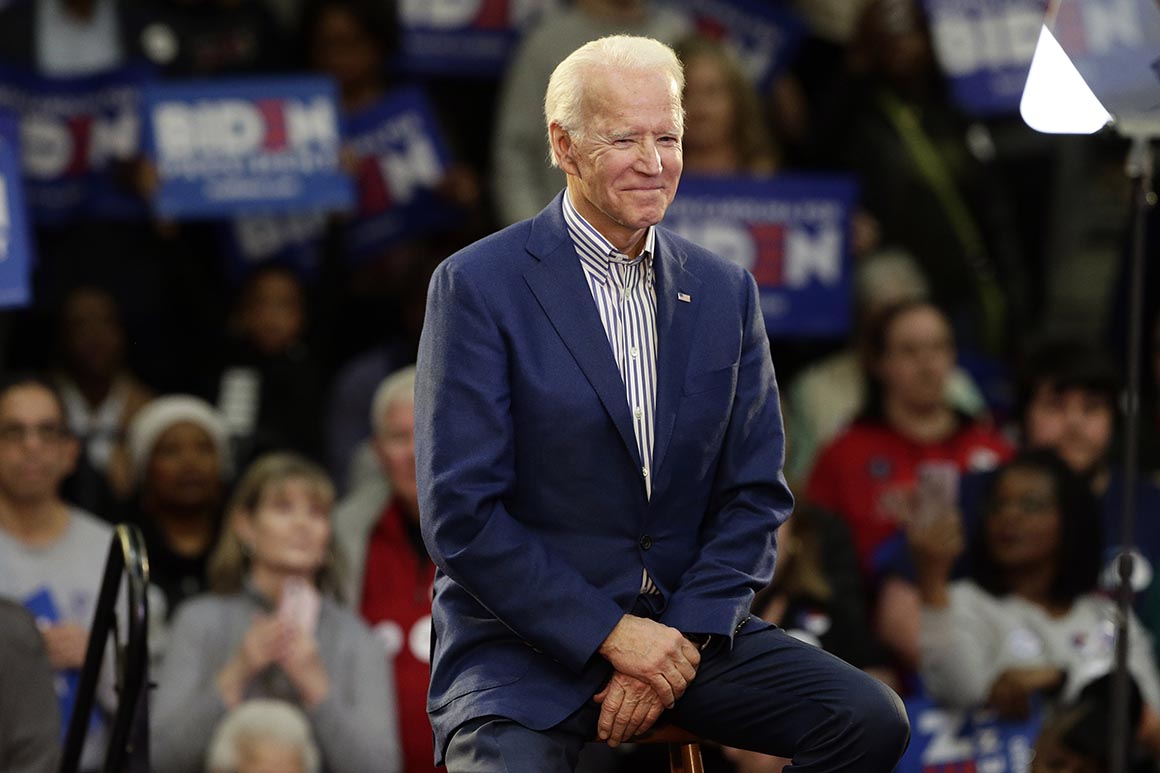 And while it was the latest example of Biden knocking a left-wing idea embraced by his party’s activist base — he also opposed “Abolish ICE” and Medicare for All during the primary — by and large, progressives didn’t express the outright disdain for Biden that Trump might have been expecting.

It comes as raucous protests have swept across the country since George Floyd, an unarmed black man, was killed in police custody in Minneapolis as a white police officer pinned down his neck, exposing increasing tensions between police and the public. The calls to defund the police have a range of meanings to different groups, from demilitarizing police departments to disbanding traditional operations and moving to more community-based public safety.

Biden left no question about where he stands.

“No, I don’t support defunding the police,” Biden told CBS’ Norah O’Donnell. “I support conditioning federal aid to police based on whether or not they meet certain basic standards of decency and honorableness and, in fact, are able to demonstrate, they can protect the community and everybody in the community.”

His campaign noted that Biden already proposed a criminal justice plan calling for $ 300 million more in funding to police departments in order to cover training, community policing and hiring of more officers, with some minority hiring requirements.

While progressives weren’t in an uproar over Biden’s stance, some were unhappy, calling his reaction rash, short-sighted, and saying he needed to spend more time listening.

“The current notion of policing in America must be dismantled. And that is why you see city councils like Minneapolis and other elected bodies on the local and state level doing just that,” said former Bernie Sanders campaign co-chair Nina Turner. “So for the vice president to reject the notion out of hand is showing a tone-deafness that the black community certainly can’t afford for anybody vying for the presidency to have.”

“I feel like it’s not a reaction that’s rooted in a lot of reflection, frankly,” Roberts said. “I don’t know that Sen. Biden has taken the time to talk to groups that are leading this charge to defund the police.”

Pennsylvania state Rep. Summer Lee, a democratic socialist who helped stage a takeover Monday of the speaker’s rostrum in the state capitol with other lawmakers to demand police reforms, said she is concerned about the “inherent disrespect” expressed by the Biden campaign.

“I understand that this is a scary notion, thinking about restructuring the society that we know, and he’s been in this society for a very long time. Taking the time to consider why people of a different generation, a different background, of a different socioeconomic status, why they are thinking in a way that he’s not there yet,” she said. “My fear is … that he’s not taking the time to even understand the perspective before making his rash decision.”

In quickly rejecting the call, however, Biden will make it more difficult for Trump to position himself as the law-and-order president trying to beat back a challenger who embraces lawlessness. Biden has a long history as a pro-law enforcement Democrat: His authorship of the 1994 crime bill has been an ongoing source of criticism, including from Trump himself.

“He has basically turned his back on law enforcement,” Welsh said.

Even if unpopular with the left flank of the party, Biden’s stance aligns with top Democrats in Congress, said Matt Bennett of the center left group Third Way.

“He is doing the classic Republican scare-mongering,” Bennett said of Trump. “He has seized on this because he has nothing else, literally nothing. As an opportunity to make people afraid, because that’s what he does.”

“Fundamental change — re-imagining public safety, rethinking how money is allocated and doing it in partnership with the community — is essential,” Axelrod said. “But very few people would embrace the elimination of police with nothing to replace them. Trump would have a field day with that. He’s already trying to weaponize the words.”