Trump’s reopening troubles play out in his White House 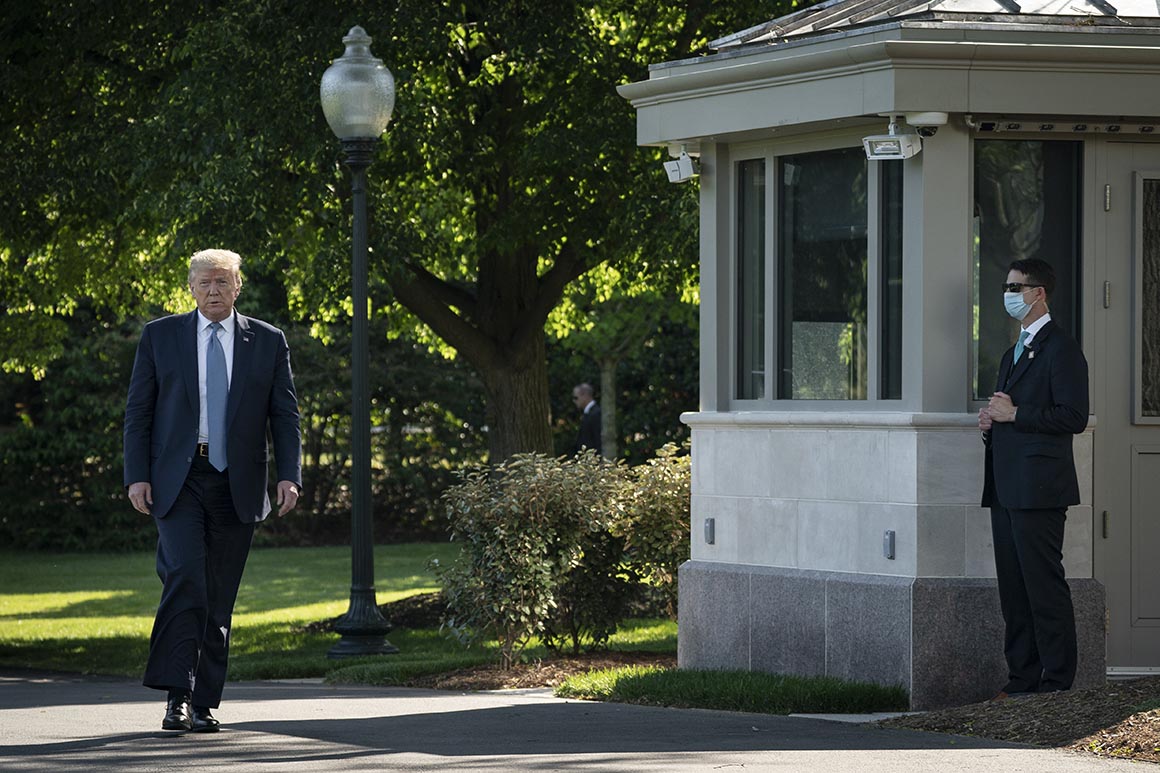 “I haven’t seen Mike Pence, and I miss him,” Trump said on Wednesday during a meeting with governors. One White House official said Pence hadn’t been to the West Wing in a little over a week.

The positive diagnoses of Miller and the president’s valet quickly upended the West Wing’s routines, even if some aides worry the precautions do not go far enough. For weeks, the White House appeared to take a relatively casual approach to potential exposure to the coronavirus — with the president opting not to wear a mask even when he met with business leaders and governors, or traveled outside of Washington.

“People do not feel like the White House has initially taken the threat of the coronavirus seriously,” a former senior administration official said. “It is impossible to socially distance in the West Wing.”

“Everything there is often so cavalier, especially when people are taking their cues from the top,” the official added.

The vice president’s staff is expected to return to its “normal routine” this week, one official said, even as Miller continues to self-quarantine at home. She is not expected back within the West Wing for weeks, and another Pence press aide has temporarily taken over her duties. In isolation, as well, is her husband, Stephen Miller, another senior White House aide who has worked for Trump since the 2016 campaign.

Katie Miller’s positive test for the coronavirus worried other White House aides immensely because both she and her husband spent so much time in the West Wing — with Stephen Miller writing all of the president’s speeches and going from office to office to cull material for those remarks. He is also close to other longtime aides, including deputy chief of staff Dan Scavino and members of the president’s family, such as Ivanka Trump and Jared Kushner.

As another White House aide put it, Katie Miller’s diagnosis gave the impression of a very “close call.”