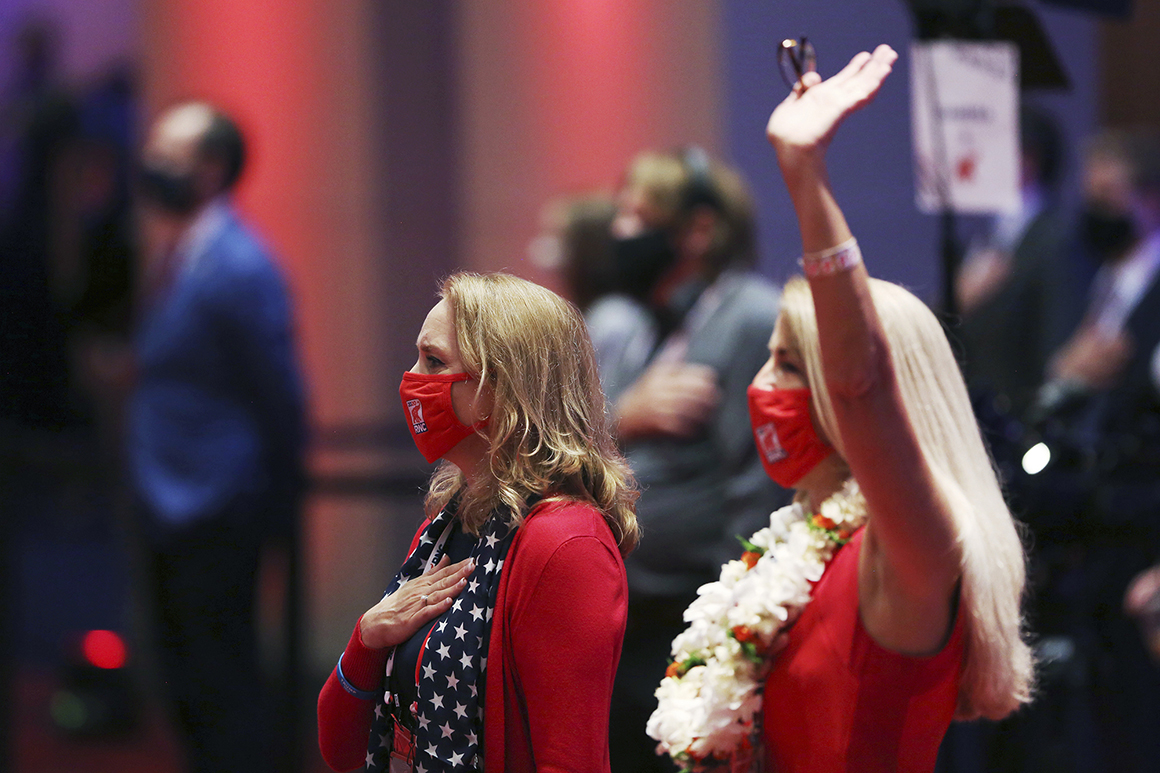 “He fuels the fire and wants to make people like me feel like it’s coming this way,” she said Monday. “It’s just Trump’s rhetoric to try to scare people.”

The suburbs, like this one, just up Interstate 77 from the official site of the start of this week’s Republican National Convention, make up the terrain on which the coming election almost certainly will be decided. The suburbs almost always are a political battlefield, or at least have been for the last generation or more. And if Trump can’t win or even loses a sufficient slice of his support in Cornelius, one of the whitest and most reliably Republican of the key suburbs in this critical swing state, he probably can’t win North Carolina, according to pollsters and strategists. And if he can’t win North Carolina, they say, he probably can’t win reelection. Hence the message he’s been delivering with increasing frequency and ferocity of late, appealing to the “Suburban Housewives of America,” charging that Joe Biden wants to “destroy your neighborhood and your American Dream,” and stressing that residents of American suburbia want “security” and not “low-income housing” forced “down their throats.”

“Why,” he asked in a tweet over the weekend, “would Suburban Women vote for Biden and the Democrats when Democrat run cities are now rampant with crime … which could easily spread to the suburbs?”

It was a prominent and recurring theme on the opening night of the mostly virtual RNC. “They want,” said Mark and Patricia McCloskey, the couple from St. Louis who pointed guns at Black Lives Matter protesters marching past their house earlier this summer, referring to Democrats and echoing language used repeatedly by Trump himself, “to abolish the suburbs.”

The response I got from actual suburban women here on Monday, though, was a mixture of eye-rolls, laughter and confusion. “It’s not something I’m afraid of,” said Connie Searle, 61, retired from a human resources job at a bank.

“I haven’t heard anyone voice concerns about being afraid that angry mobs are going to come out this way,” said Sue Rankin-White, 72, who worked for the Department of Education in Washington and lived in northern Virginia before moving here.

Afraid of the city? “I’m here because of its proximity to Charlotte,” said Camerin Allgood McKinnon, 36, a mother of two who teaches dance.

While Searle, Rankin-White and McKinnon are all Democrats, the prospect of lawlessness in the suburbs doesn’t appear to be a top-of-mind concern, either, for women who aren’t Democrats. On Monday evening, I knocked on the front door of Meredith Wolverton, because the school teacher had posted on the Nextdoor app a string of anti-mask comments and a read of her Twitter timeline confirmed her support for Trump, even though she’s registered as unaffiliated. Standing on her porch, though, when I asked if she was frightened by a possible “invasion” of crime coming up from Charlotte, she flatly said no.

Affixed to her house was an American flag. Ditto for the houses around her. Cornelius started more than a century ago as a mill town. Its growth along with the rest of the area in the last few decades has been dizzying—population less than 3,000 in 1990, still not quite 12,000 in 2000, almost 25,000 in 2010 and now more than 30,000 and still going, with people moving in from the Northeast, the Midwest and elsewhere. But it’s maintained a largely Republican character. The mayor is a Republican. All but one of the five-person town board are Republicans. Sen. Thom Tillis started his political career here as a member of that town board.

The last midterms, though, ushered in a hard-to-ignore change, a byproduct of court-ordered redrawing of districts but also the shifting demographics and political preferences of the many newcomers. Going into the 2018 election, people here were represented in the state house, the state senate and the county commission by three Republican men. After? Three Democratic women.

And this summer, in the wake of the killing of George Floyd, a Black man, by Minneapolis police, citizens have clamored to have removed a monument of a Confederate soldier in front of a church on one of the town’s main drags — and marched for racial justice in a peaceful protest organized by a trio of local high school students.

“That is something that would not have happened even five years ago, I don’t believe,” Pam Jones, a founder and leader of a group called Unity in Community, told me.