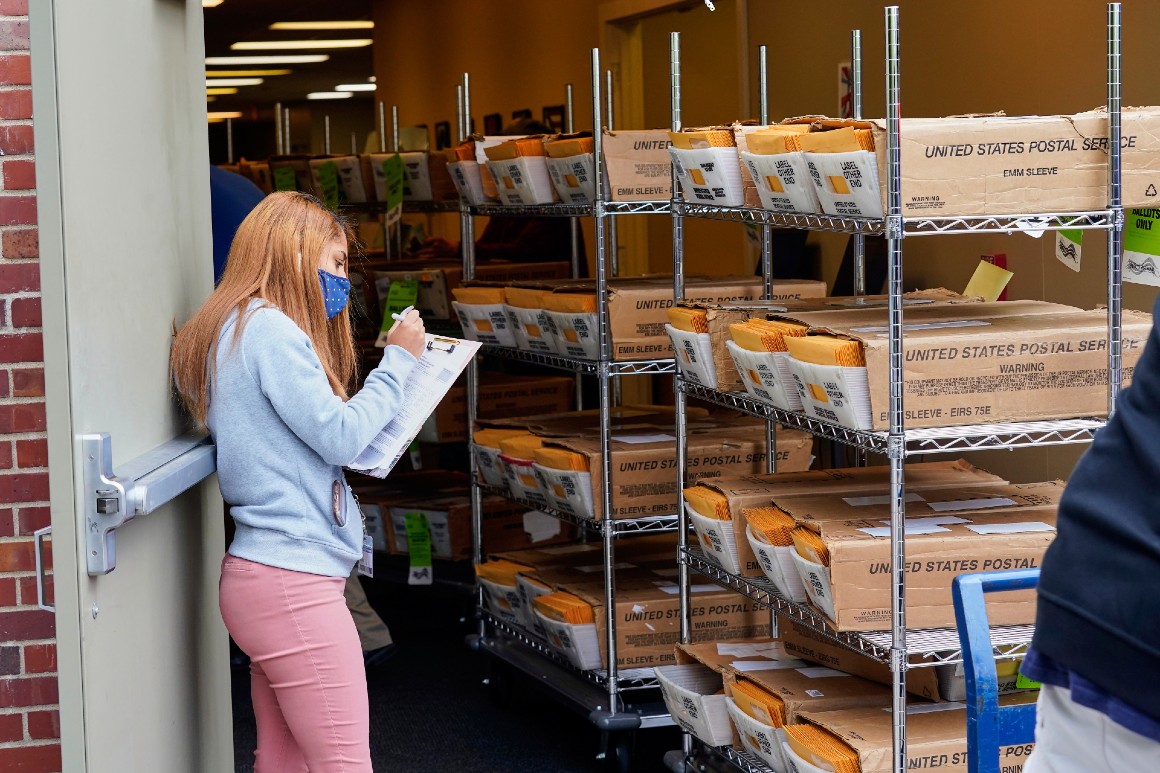 It’s a case study of his collapse in the suburbs, an example of how the president’s alienation of a traditional Republican constituency is proving costly to his reelection campaign — and how his increasingly desperate last-minute appeals to suburbanites are going unheeded.

The Omaha World-Herald, which until endorsing Hillary Clinton in 2016 hadn’t backed Democrat for president since 1932, endorsed Joe Biden recently, pleading for a break from Trump’s “recklessness.” And Don Bacon, the district’s Republican congressman, has been forced to remind voters that he is not in lockstep with Trump.

“Kara Eastman frequently on TV and on radio says I’ve sworn a loyalty oath to the president,” Bacon complained in a recent debate with Eastman, his Democratic challenger. “And it’s a lie.”

Not long ago, Nebraska Republicans couldn’t have fathomed such a problem at the top of the ticket in their state, which awards one electoral vote in each of its three congressional districts and two electoral votes to the statewide winner. But in 2008, Barack Obama, carrying the 2nd District, picked off one of the electoral votes, marking the first time in 44 years that a Democrat had accomplished that feat.

Stunned, Republicans in the state’s legislature re-drew the 2nd District lines to make it safer for the GOP, adding the more conservative, western suburbs of Sarpy County to the city of Omaha. Obama lost the reconfigured district to Mitt Romney in 2012, and Trump carried it narrowly four years later.

Today, despite the advantage of a favorable map, Trump is on the cusp of undoing the entire scheme. A New York Times/Siena College poll last month put Trump 7 percentage points behind Biden in the district, losing women by 11 percentage points and independent voters by 28 percentage points. Though Trump remained ahead of Biden in Sarpy County, the margin was not wide enough to compensate for his shortcomings in Omaha and the surrounding communities of Douglas County.

It’s the same story that has unfolded in metropolitan areas around the country, as Trump’s support has withered in the suburbs. In 2016, Trump won suburban voters by about 4 percentage points. Two years later, they revolted. Democrats built their House majority in the suburbs, and Trump has faltered there ever since.

In a recent Washington Post-ABC News poll, Trump was losing the suburbs to Biden by 9 percentage points, a 13-point swing from 2016. That erosion in the suburbs, where Trump drew the majority of his support four years ago, is the biggest reason he is running so far behind in critical swing states and nationwide.

Bacon, the 2nd District congressman who’s facing a rematch with Eastman, a progressive Democrat, said competing in urban and suburban areas can be a “challenge” for any Republican. What Trump has going for him, Bacon said, is “a thing in Nebraska where we are a little more conservative in nature.”

The unemployment rate in Nebraska is lowest in the nation, and Bacon said, “I tell people, ‘Who do you trust to bring the economy back?'”

However, Bacon said, “We’re also Nebraska nice … and we want more diplomacy and decency, and I think that’s what hurts the president.”

ByRelated TopicsUS election 2020With 12 days remaining, everything could change depending on how the final debate goes. Read our alternative guide to what to...
Read more
US

ByJoanna Weiss But this is 2020, and everything is different. All of the usual activity that makes up the longest and most expensive political race...
Read more
US