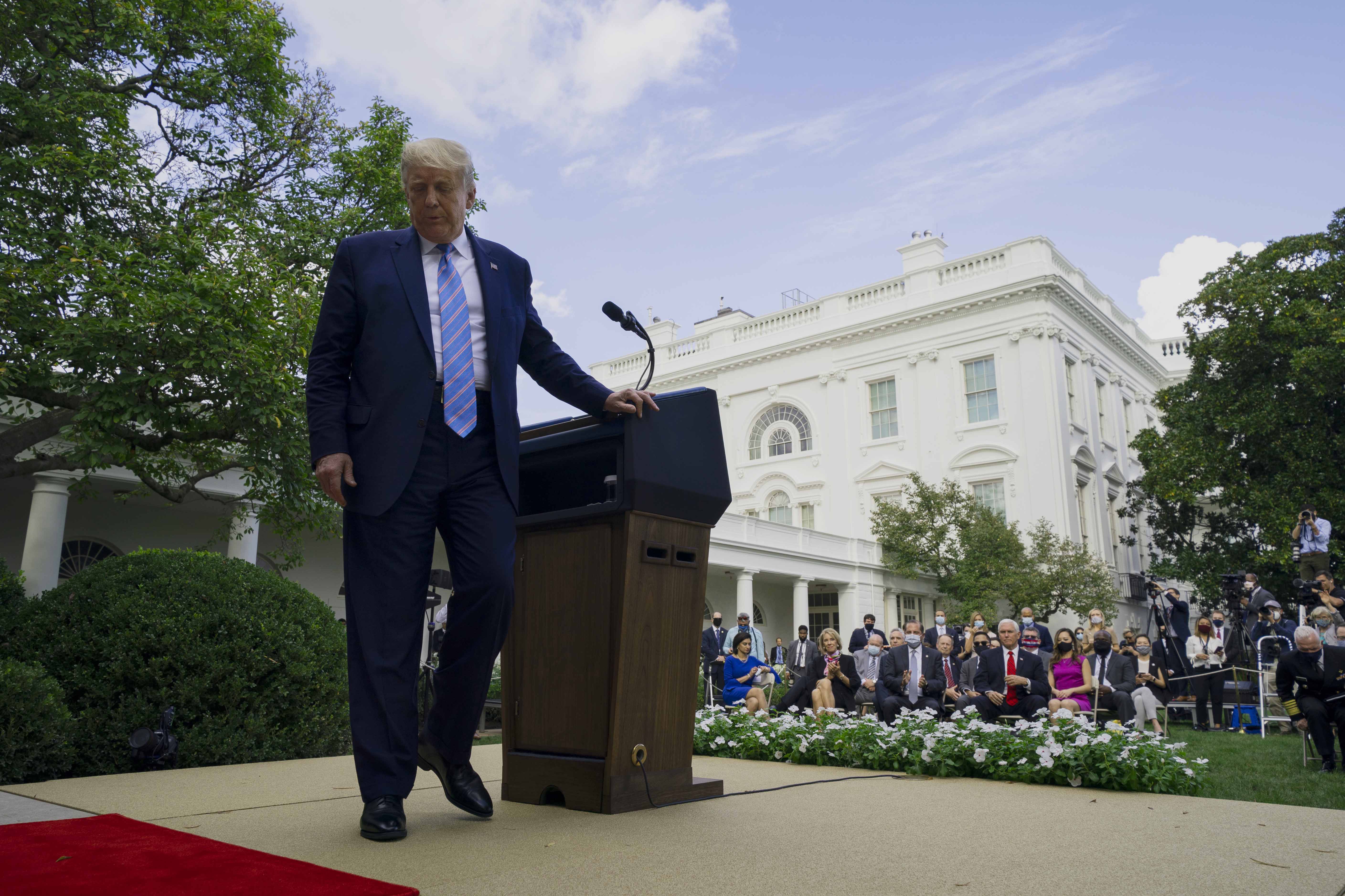 Biden’s campaign has been pushing “Park Avenue vs. Scranton” messaging in recent weeks — the idea that Trump gives tax breaks to the wealthy and was set up for life by a wealthy father, while Biden grew up in an average middle-class household.

“You have in Donald Trump a president who spends his time thinking about how he can work his way out of paying taxes, of meeting the obligation that every other working person in this country meets every year,” Deputy Campaign Manager Kate Bedingfield said on CNN Sunday. “With Joe Biden, you have somebody who has a completely different perspective on what it means to be a working family in this country.”

Biden has released two decades worth of income taxes — although he has not yet released his 2019 tax returns. He hasn’t personally said anything about the Times report, though that’s unlikely to last once the two meet face-to-face on the debate stage.

Trump and his aides spent the day vacillating between opposing messages — that he paid millions of dollars in taxes and that his low tax bill was the mark of a smart businessman.

Trump himself seemed less blasé about the tax exposé than his aides, who have weathered crisis after crisis in this White House and become relatively inured it all.

The president blasted the Times story three times on Twitter Monday morning. Unlike his aides and allies, he argued that he had paid “many millions of dollars in taxes but was entitled, like everyone else, to depreciation & tax credits.” He also falsely claimed he was the first president in history to give up his presidential salary.

Trump campaign’s top spokesperson Tim Murtaugh called the Times story “inaccurate as the President has paid tens of millions of dollars in taxes.

“This is a big nothingburger and a pre-debate attack intended solely to help Joe Biden,” Murtaugh said. “It ought to be reported as an in-kind contribution to the Biden campaign. Predictably, the media chooses to focus on this instead of asking why Hunter Biden received a $ 3.5 million wire transfer from the Putin-connected billionaire wife of the former mayor of Moscow while his father was the sitting vice president.”

Many Republicans viewed the back-and-forth as the latest instance of Trump being diverted from any kind of cohesive campaign message, whether it’s attacking Biden, making the case for his Supreme Court pick or courting voters in battleground states. It’s been a constant struggle for the GOP the last several months — let alone the past several years — but the problem is pronounced by the dwindling number of days until the election.

Just as polls have shown Biden with a steady lead in the presidential race, Trump’s core base mostly remains with him — even amid the coronavirus outbreak, recession and ongoing social unrest.

“The problem is he’s just going to lie about it, deny it and call it fake news,” Rep. Cedric Richmond (D-La.), a top Biden surrogate, said of the tax issue. “That is the challenge.”

Still, while both sides agreed a polarized electorate will retreat to their corners, they also said the fight is over the small slice of persuadable voters now tuning in.

“Trump will never lose a true believer, but he will lose the election,” said Anthony Scaramucci, the short-lived former White House communications director. “It always comes down to death and taxes, and not paying taxes will be the death of his political career.”