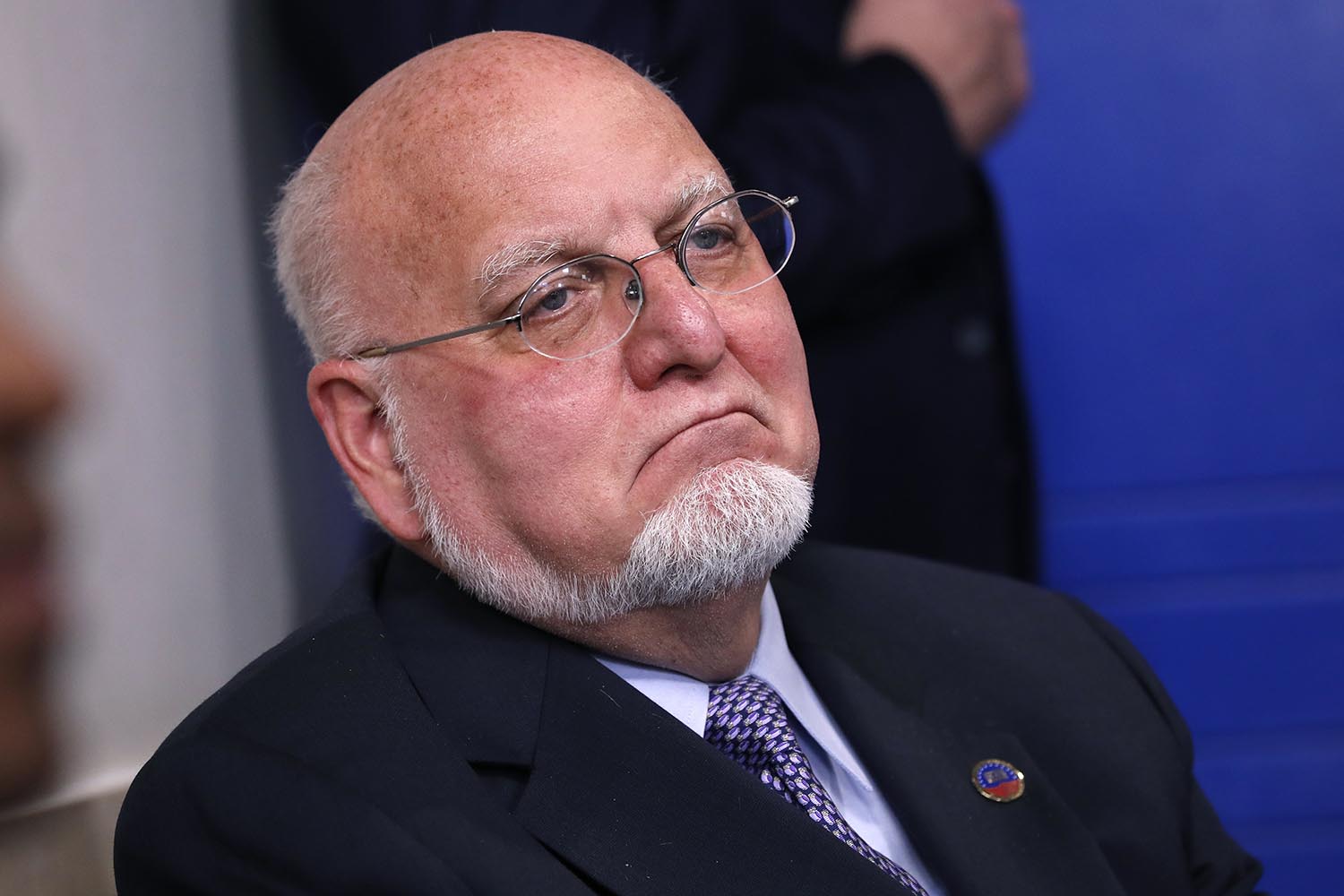 Senior health officials within the Trump administration are now predicting the total number of Americans to die as a result of the coronavirus pandemic could be significantly fewer than models previously estimated, citing the effectiveness of the federal government’s social-distancing guidelines.

Robert Redfield, director of the Centers for Disease Control and Prevention, said Monday that earlier projections of the disease’s death toll in the United States assumed roughly half of Americans “would pay attention to the recommendations” first issued in March.

But now, “what we’re seeing is a large majority of the American public are taking the social-distancing recommendations to heart,” Redfield told AM 1030 KVOI Radio in Tucson, Ariz. “And I think that’s the direct consequence of why you’re seeing the numbers are going to be much, much, much, much lower than would have been predicted by the models.”

The positive comments from the CDC chief come just a week after the administration’s alarming forecast that between 100,000 and 240,000 Americans could die from Covid-19, the disease caused by the novel coronavirus, even if the federal guidance was strictly followed. President Donald Trump has asserted that the administration will “have done a very good job” if the death toll is only 100,000.

Redfield’s remarks also follow dire warnings from administration officials, including Trump and Surgeon General Jerome Adams, who have forecast an especially brutal few weeks as the number of cases in the U.S. reach their peak in mid-April. Adams cautioned Sunday that the country’s fight against the coronavirus in the coming days “is going to be our Pearl Harbor moment, our 9/11 moment.”

On Tuesday, the nation’s top doctor emphatically agreed with Redfield’s assessment regarding potential Covid-19 fatalities, saying it was “absolutely” his expectation that the ultimate death toll would fall short of the administration’s estimate.

“I really do believe that we will come in under those projections as long as we can continue to do our part for 30 days,” he added.

Other officials, notably Dr. Anthony Fauci, director of the National Institute of Allergy and Infectious Diseases, have been more circumspect. Fauci has argued in recent days that it would be a “false statement” to claim the outbreak is under control, stressing that it could return in force by fall and emerge as a “seasonal, cyclic” threat.

Health experts have noted, moreover, that the official death tolls may be an undercount — given that complications related to Covid-19 may not be recorded as such in hospital tallies, and the widespread lack of access to reliable testing has led many cases of the disease to go undocumented.

The president announced last week at the conclusion of his administration’s “15 Days to Slow the Spread” initiative that he would extend the federal guidance until April 30 — recommending that Americans for another month avoid gatherings of more than 10 people; work or attend school from home whenever possible; and abstain from eating or drinking at bars, restaurants and food courts.

Although Adams said last week that he thought the guidelines would likely have to be prolonged again into May, Redfield insisted Monday that if Americans continue to social distance, “we will see this virus and this outbreak basically decline, decline, decline.”

“I think we’re going to see the numbers are, in fact, going to be much less than what would have been predicted by the models,” he said.

ByNatasha Bertrand and Kyle Cheney But what initially seemed like mere boredom — which demoralized intelligence officials but could potentially be managed by including pictures...
Read more
US

ByPublishedduration4 hours agoRelated TopicsUS election 2020With 15 days to go, this is what is happening in the US election race.Large crowds ignored advice and...
Read more