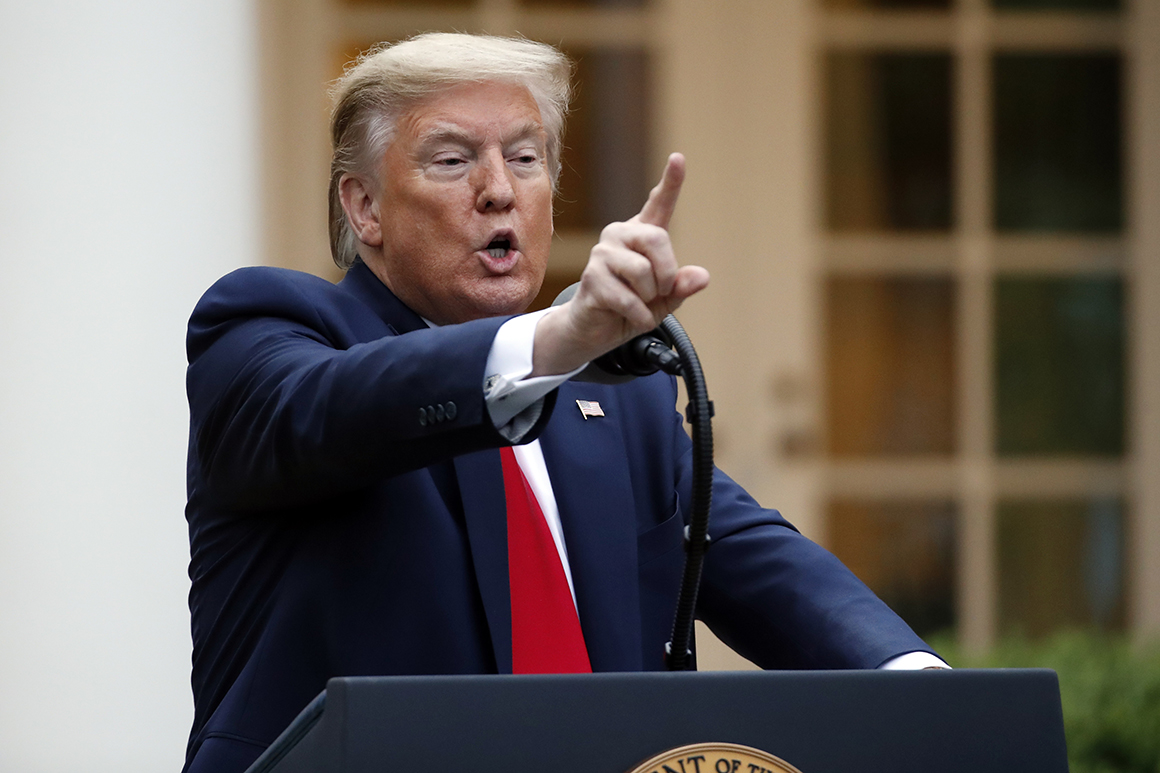 President Donald Trump’s 60-day freeze on U.S. funding of the World Health Organization was met with swift criticism Wednesday, with defenders of the United Nations agency denouncing the directive as a risky and baffling maneuver amid the very kind of global pandemic it was meant to combat.

Bill Gates, the Microsoft founder and philanthropist who has pledged billions to help speed development of a coronavirus vaccine, tweeted that “halting funding for the World Health Organization during a world health crisis is as dangerous as it sounds.”

Inside the State Department, officials scrambled to make sense of the White House’s decision. James L. Richardson, the director of U.S. foreign assistance resources, informed his staff in a brief email that Secretary of State Mike Pompeo had instructed diplomats and aid officials “to identify and utilize alternative implementers for foreign assistance beyond the WHO.”

“By taking this approach,” Richardson wrote, “we can continue our good work on behalf of the American people, while ensuring that U.S. foreign assistance is best positioned to improve the lives of vulnerable people around the world, as Americans have always done.”

The order was just the latest example of officials seeking to fill in the details of a lurching policy shift by the president, who is prone to the bureaucratic equivalent of shooting first and asking questions later.

America’s allies were stunned by Trump’s announcement, which came after a litany of accusations from the president and his aides, who have charged that WHO covered up key details about the coronavirus on behalf of a secretive and duplicitous Chinese government.

The president floated a potential pause in funding for the agency last week and followed through with his threat Tuesday, asserting the administration has “deep concerns [about] whether America’s generosity has been put to the best use possible.”

Josep Borrell Fontelles, the European Union’s foreign policy chief, said there was “no reason justifying this move” by the American president “at a moment when [WHO’s] efforts are needed more than ever to help contain & mitigate the #coronavirus pandemic.”

And British diplomat James Roscoe shared news that the United Kingdom would provide a $ 252 million package of funds to WHO and other U.N. agencies in the aftermath of Trump’s announcement, arguing that eradicating the coronavirus “requires a global effort.”

Back in the U.S., House Speaker Nancy Pelosi (D-Calif.) issued a statement labeling the administration’s announcement as “senseless,” adding that “this decision is dangerous, illegal and will be swiftly challenged.”

The aid freeze, House Democrats said, violates the same federal spending laws as the blockage of military assistance to Ukraine that partly prompted the president’s impeachment, while a senior official countered that the administration had “broad discretion” in how to spend the money.

Senate Majority Leader Mitch McConnell (R-Ky.) declined to comment. But Sen. Lindsey Graham (R-S.C.), an influential voice within the GOP on matters of foreign policy and an outspoken China hawk, expressed support for the White House and bashed Gates.

The tech titan’s “decision to defend the performance of the WHO during the coronavirus crisis and current WHO leadership ignores overwhelming evidence of China bias and incompetence,” Graham said in a statement, insisting that “cutting off funding at this time is the right move.”

Trump effusively praised China and the WHO in the early stages of the outbreak — only recently shifting his tone as the administration’s handling of the U.S. response has come under greater media scrutiny.

Even the president’s senior officials have expressed their own tempered appreciation for the global health body, while being careful to avoid directly contradicting their boss. 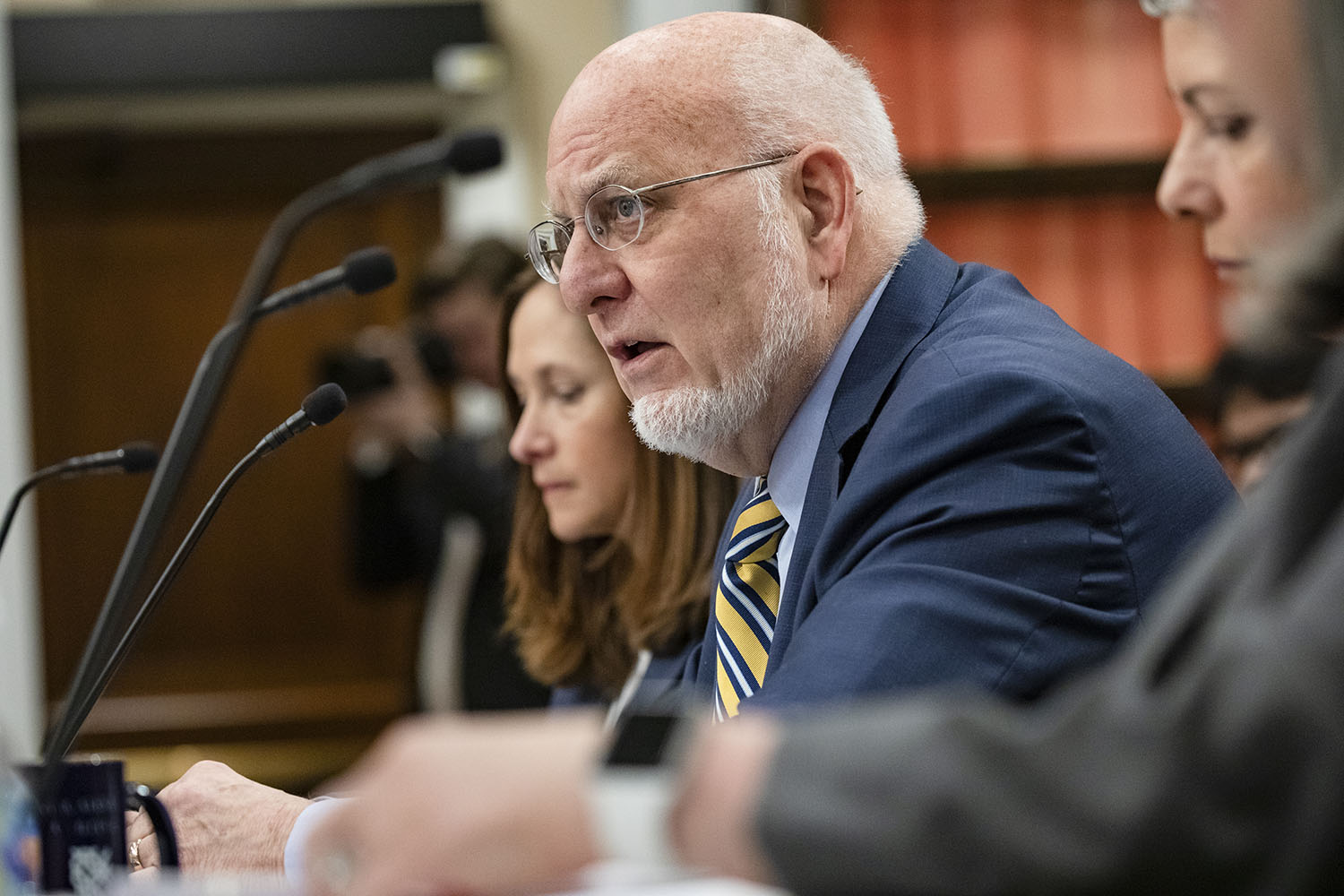 Robert Redfield, director of the Centers for Disease Control and Prevention, said Wednesday his agency will continue to work with the WHO to combat the coronavirus pandemic and other infectious diseases.

“You know, I’m just going to say the WHO has been a longstanding partner for CDC. We’ve worked together to fight health crises all around the world. We continue to do that,” Redfield said, citing ongoing joint efforts to quash the Ebola outbreak in the Democratic Republic of the Congo.

“WHO has been a long-term and still is a great partner for us. We’re going to continue to do all we can together to try to limit this,” he added, referring to the coronavirus.

Pressed on Trump’s announcement, Redfield declined to denounce the WHO and said the move to halt its funding fell outside his official purview.

“Those decisions that are going to be made above, related to some of the geopolitical issues, I have to leave to those that really have that expertise,” he said. “But for me and for CDC, in the public health arena, we’re continuing to work side-by-side with WHO to do the best that we can to limit the spread of disease and to protect the American people.”

Among the WHO’s 194 member states, the U.S. remains the greatest contributor to the agency’s $ 4.8 billion budget, pledging more than $ 400 million per year. Trump’s funding halt comes after his fiscal year 2021 budget request proposed cutting in half the amount Congress allocated the agency in 2020 — from roughly $ 122 million to less than $ 58 million.

According to the WHO, the United States owed more than $ 99 million to the agency as of March 31. That amount covers “assessed contributions,” which are essentially the mandatory dues countries agree to pay to fund its operations. Most of the U.S. contributions to the WHO are so-called voluntary dollars, and those funds are typically are funneled through grants.

Just weeks ago, the Trump administration was touting the U.S. funding as crucial to sustaining the WHO’s fight against the coronavirus. "WHO is coordinating the global response to the COVID-19 pandemic, and is on the ground in 149 countries around the world," a State Department fact sheet from March 31 notes. "This broad-based effort would not be possible without U.S. support."

Although the WHO director-general, Tedros Adhanom Ghebreyesus, said at a news conference Wednesday he “regret[s]” Trump’s decision to halt U.S. funding, he was less explicit in addressing the controversy on Twitter — instead issuing a series of cryptic, single-word sentiments that could not have been confused for the president’s more bombastic social media posts.

“Solidarity,” he wrote in one such message. Then came, “Humanity,” “Unity” and, finally, “Love.”