Tua Tagovailoa's No. 1 jersey soon to be a Dolphins first 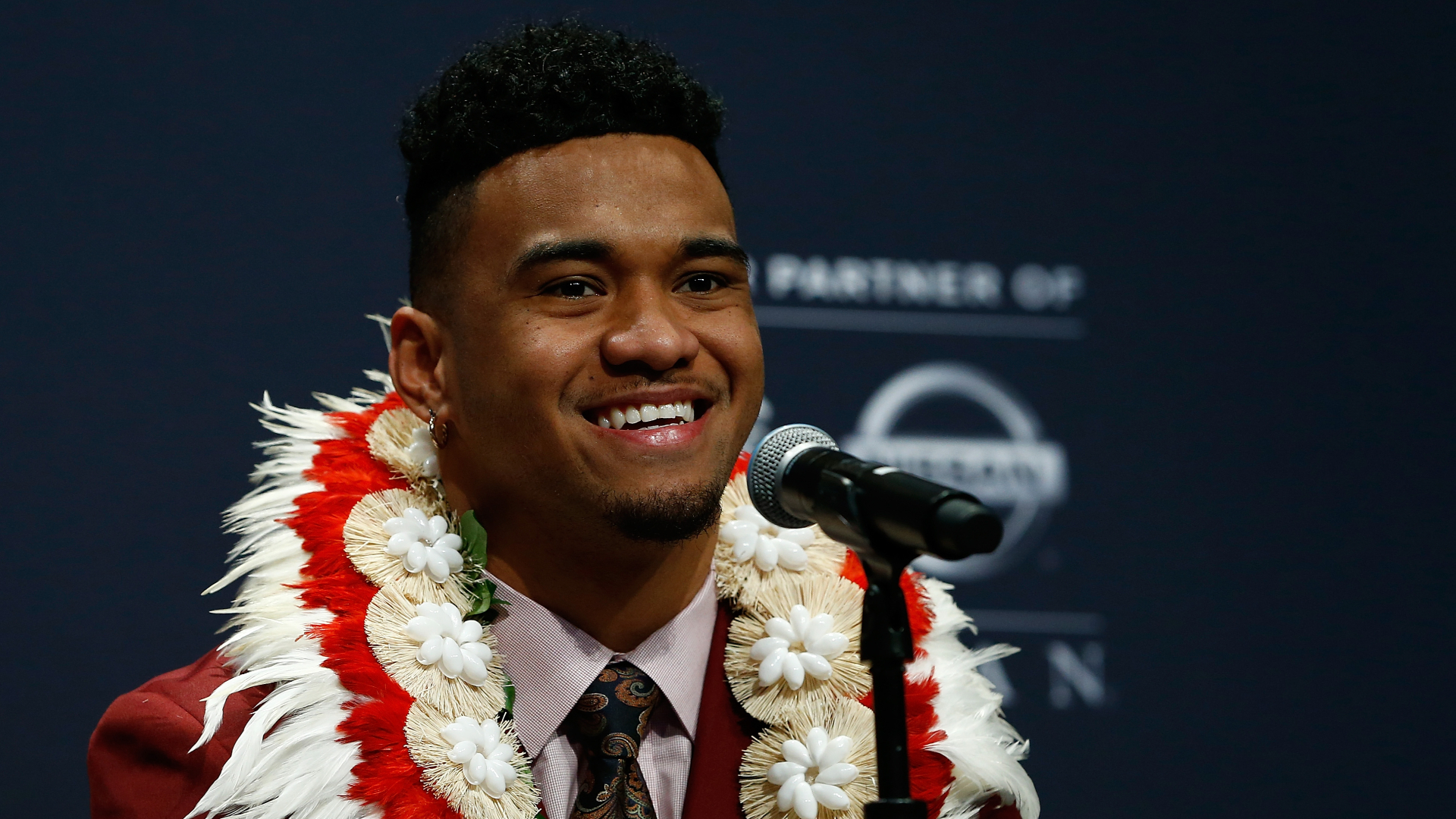 The Dolphins made Tua Tagovailoa their No. 1 pick in last month’s NFL Draft. He’s expected to be their No. 1 quarterback for a long time. And he’s going to start his pro football journey wearing a first-of-its-kind uniform number.

Tagovailoa was assigned No. 1 by the team on Tuesday as the Dolphins announced numbers for all its newcomers. Juding from this illustration, the former Alabama star will look stylish in Miami’s nautical aqua and orange:

That’s also a historic image, because Tagovailoa will become the first quarterback in franchise history to wear No. 1 whenever he takes the field. Miami’s lowest-numbered QBs to take a snap are Josh Rosen and Joey Harrington (3).

Hmmmm, 1 + 3 . . . yeah, there was no way Tagovailoa was going to wear his college number (13) with his new pro team, because, well, Dan Marino. He still gets one of the digits, though. Rosen has the other (because, yes, he’s still on the roster).

If we look just a short distance ahead, Tagovailoa has an excellent chance of becoming the best Dolphins No. 1, mainly because so few players have worn it (four, according to the Dolphins’ 2019 media guide) and all of them were kickers or punters. The last No. 1 before Tagovailoa was kicker Cody Parkey in 2017. No Miami players wore it in 2019.

He’ll have some work to do to become the most popular No. 1, though. He has to eclipse the late Garo Yepremian, the kicker on the Dolphins’ championship teams of the early ’70s. Yepremian was a native of Cyprus and, therefore, most decidedly not a quarterback, so much so that he became a legend when he attempted a pass during a Super Bowl.

The Dolphins are counting on Tagovailoa to get them to a Super Bowl with his arm, as their QB1.