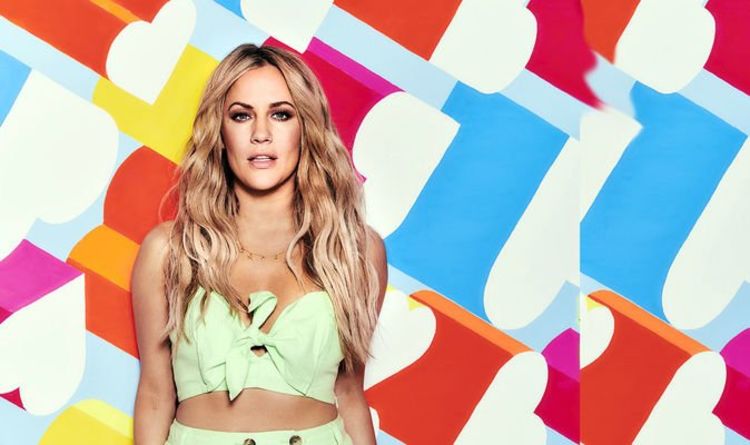 The presenter, who was 40, had recently stepped down from Love Island after a claim she assaulted her boyfriend, which she denied.

A lawyer for her family confirmed Caroline’s death yesterday, saying she had taken her own life at her new flat in east London.

Her parents and three siblings, including twin sister Jody, released a statement saying: “We can confirm that our Caroline passed away today on the 15th February.”

Caroline’s close friend Laura Whitmore, who had replaced her on the latest series of Love Island, tweeted: “I’m trying to find the words but I can’t.” It was followed by a broken heart emoji.

Caroline had been facing a trial on March 4 for allegedly hitting tennis player Lewis Burton, 27, with a lamp while he slept last December. He had made it clear he did not support the prosecution and insisted he was not a victim.

Her management said everyone was devastated at her death and criticised the Crown Prosecution Service for pressing ahead with her “show trial”.

In a statement, Francis Ridley of Money Talent Management, said: “The Crown Prosecution Service pursued this when they knew not only how very vulnerable Caroline was but also that the alleged victim did not support the prosecution and had disputed the CPS version of events.

“The CPS should look at themselves today and how they pursued a show trial that was not only without merit but not in the public interest. And ultimately resulted in significant distress to Caroline.”

The discovery of her body came a day after her boyfriend Lewis Burton declared his love for her. In an Instagram post he shared a photo of them together and wrote “Happy Valentine’s” and “Love you” followed by a red love heart and kissing emojis.

Caroline’s last social media post was on Thursday – a montage of photos of her playing with her beloved French bulldog Ruby.

On Wednesday a friend posted a photo on Instagram of her smiling while on a climbing wall.

Last night stars who had worked with Caroline during her glittering TV career spoke of their grief. She had started out on children’s channel CBBC before going on to host X Factor spin-off the Xtra Factor and the huge ITV2 hit Love Island. It is understood that Love Island bosses told her she could return to her £1.2million job for the summer series if she was acquitted by the court – and gave up alcohol.

An ITV spokeswoman said: “Everybody at Love Island and ITV is shocked and saddened by this desperately sad news.

“Caroline was a much-loved member of the Love Island team and our sincere thoughts and condolences are with her family and friends.”

TV duo Ant McPartlin and Declan Donnelly shared a tribute on their joint Twitter account, saying: “We are both devastated to hear the news.

“It is beyond sad. Beyond words. So tragic. Our thoughts and prayers are with her family.

This Morning’s Phillip Schofield tweeted: “In a world where you can be anything, be kind. You poor darling girl my heart is breaking.”

Chat show host Jonathan Ross tweeted: “I am very sad to hear that Caroline Flack is dead. I had been in touch with her recently and had hoped she was doing better. It’s awful.”