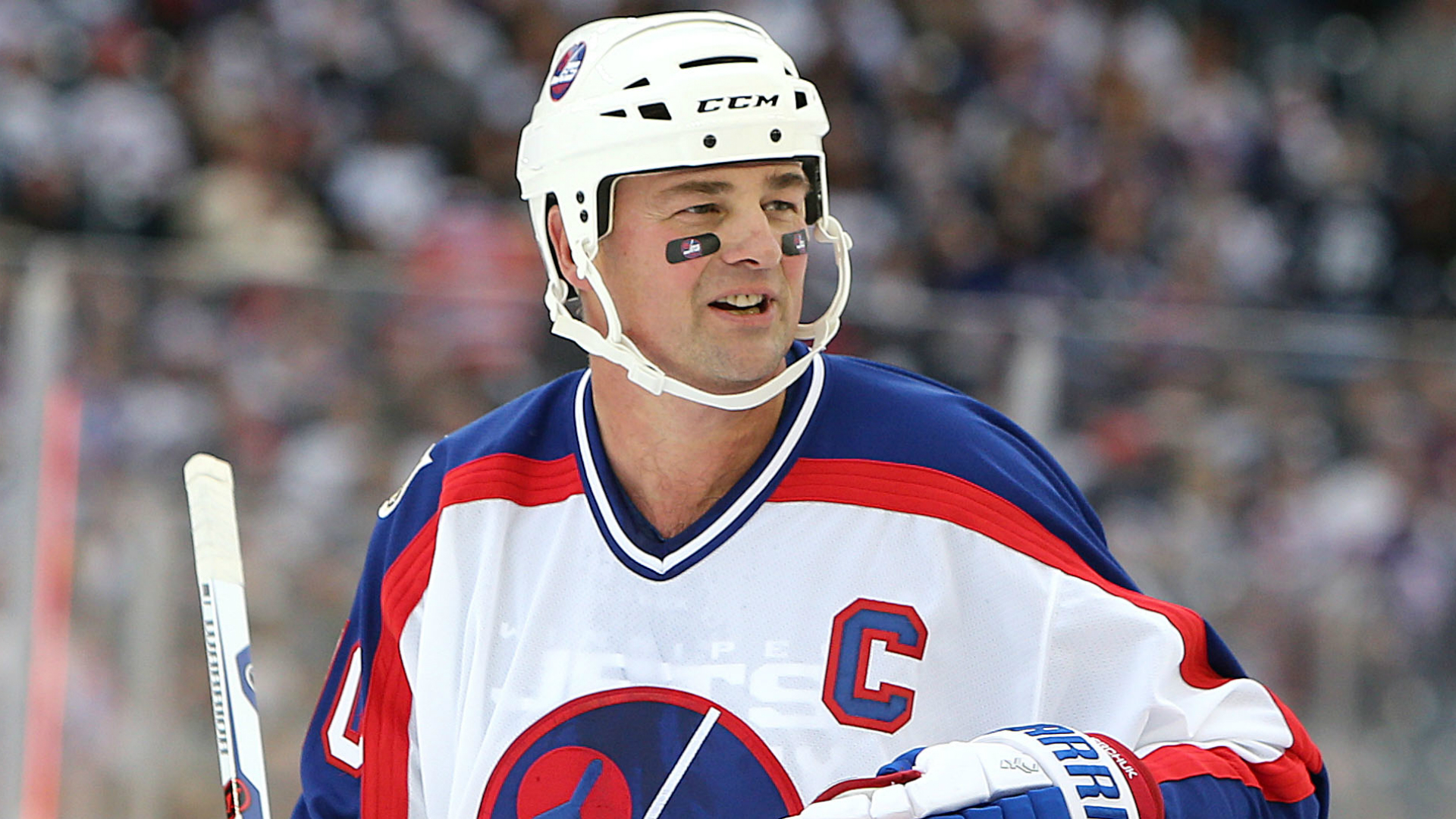 Dale Hawerchuk was a legendary player. From the moment he laced up his skates at a young age, he was a commanding presence on the ice.

A two-time Memorial Cup champion and the 1981 CHL Player of the Year, Hawerchuk was drafted first overall by the Jets in 1981 and went on to win the Calder Trophy his rookie season. By the end of a 16-year career at the age of 34, the Hockey Hall of Famer had notched 1,409 points in 1,188 games for the Jets, Sabres, Blues and Flyers. He also captured two Canada Cup championships and played a key role in Mario Lemieux’s clincher in 1987.

Aside from being a dominating force on the ice, Hawerchuk was also coach of the Barrie Colts (OHL) since 2010, having coached current standout NHLers such as the Jets’ Mark Scheifele, the Flames’ Rasmus Andersson and Andrew Mangiapane and the Hurricanes’ Andrei Svechnikov.

Hawerchuk died on Tuesday after a long battle with stomach cancer. The hockey world took to Twitter to remember and pay respects to the Hockey Hall of Famer:

So sad😢 what a incredible human being ❤️I’m thankful that Ducky was my friend and I had a chance to talked with him yesterday and say goodbye🙏this world is not same place without him,Eric you can be so proud of your dad🙏❤️Thoughts love and prayers for all your family❤️RIP DALE https://t.co/SKVHfxSFkB

My thoughts are with the Hawerchuk’s. Dale is the greatest Jet to ever play in this city. I will forever cherish the advice he has given me over the years

I had the opportunity to golf with Dale a few times early in my career, & what I remember the most was how down to earth he was. Outside of being a hall of fame hockey player, he was such a nice caring human being. Gone way too soon.The hockey world lost a good man today. pic.twitter.com/Mrhu9TJA60

It is with heavy hearts that we report the passing of our head coach and friend, Dale Hawerchuk.

On behalf of the entire Barrie Colts organization and our fans, our condolences and thoughts are with the Hawerchuk family. pic.twitter.com/nmEiGaGxXj

Rest In Peace Dale, was an honour to play for you.

Sept 6, 1987 I watched my 1st live hockey game at Copps Coliseum in Hamilton (Canada Cup). Dale and Team Canada tied the Soviet Union 3-3. I was hooked on hockey after that!! Hockey world lost a good one today. #HawerchukStrong https://t.co/S4yWb9Hv90

So sad to hear of passing of Dale Hawerchuk. I had the fortune to play with Dale several times over the years. A great player, so smart and crafty. Moreso, he was a gentleman through and through. He will he dearly missed.

Sad day today. So many wonderful memories together that I will always cherish. Thinking of his Family with this great loss. R.I.P Ducky 🙏 pic.twitter.com/bVzQUbS7pg

Rick Bowness emotional seeing images of Dale Hawerchuk on the video board. Bowness coached Hawerchuk with the Winnipeg Jets in the 1980s. pic.twitter.com/kgqupGi33D

Dale Hawerchuk was everything we look for at Hockey Canada.

His love for the game and love to compete – as a player, coach and person – was unrivalled.

We will miss him. pic.twitter.com/XlYa9WAMAT

It was a pleasure and an honour to coach across from you Dale. You touched so many over the years with being the genuine good person you were. The game in the sky got a real good one today, you will be missed and your legend will live on.

My condolences to the Hawerchuk family https://t.co/iCiFzuHFFg

Heaven received a Hall of Famer today.Dale Hawerchuck was one of the best both on & off the ice! He called me yesterday to thank me for our friendship & to say goodbye! He said he was at peace-holding back my tears I was truly honored to be a part of his final hours-RIP Dale🙏🏻💔

bshilliday ‘Cake Boss’ star Buddy Valastro won’t be decorating any of his delicious confections any time soon. He badly injured his right hand in a...
Read more

JAPANESE artist Takahiro Shibata’s glasses are fogging up because of his face mask– a problem familiar to many spectacles wearers during the coronavirus pandemic.But...
Read more