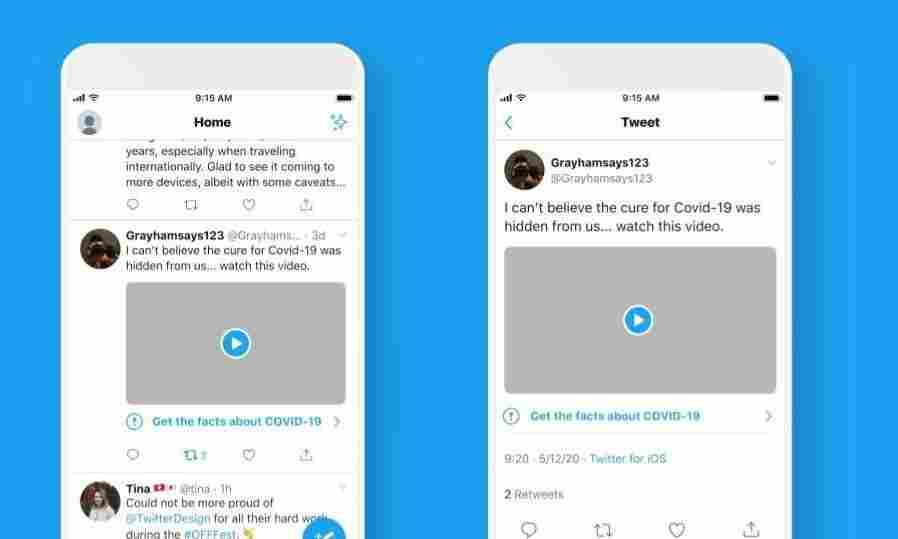 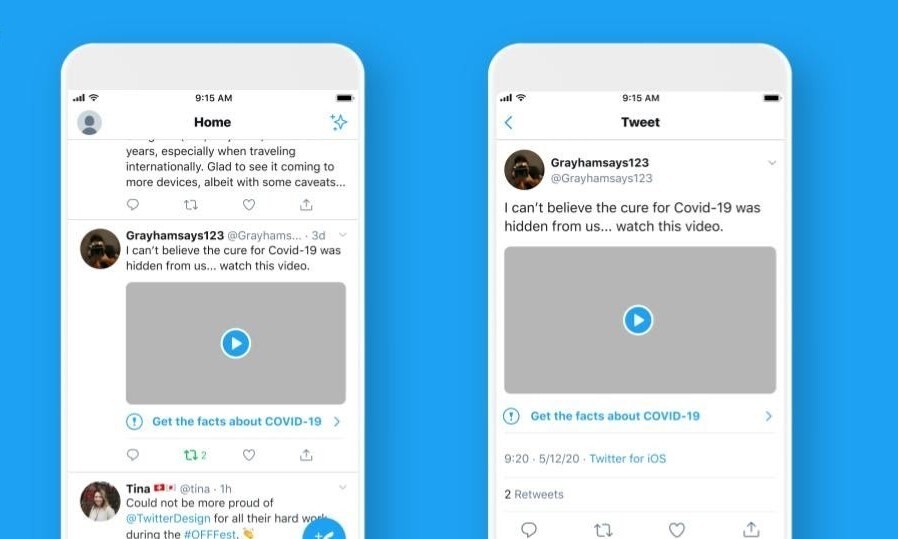 Twitter announced on Monday that tweets related to the coronavirus containing misleading, disputed and unverified claims will now carry labels warning users about the content.

Twitter is now labeling misleading, disputed or unverified tweets about the coronavirus. It is even removing content it believes could lead to harm, the company announced Monday.

The labels warn users about the problematic tweets and steer them to authoritative sources, including public health agencies and credible news outlets.

Yoel Roth, Twitter’s head of site integrity, said on a call with reporters that the mission is not to “fact check the entire Internet,” but rather to limit the spread of potentially harmful tweets.

Only those messages that “directly pose a risk to someone’s health or well-being” will be pulled off Twitter, he said.

Tweets that, for example, falsely claim that wearing masks can lead to sickness, or encourage people to ignore social distancing guidelines would likely be removed.

Other tweets considered harmful but not posing a imminent health risk will be covered up with a warning saying the tweets conflict with public health experts’ guidance. The user could then choose to view the tweet. 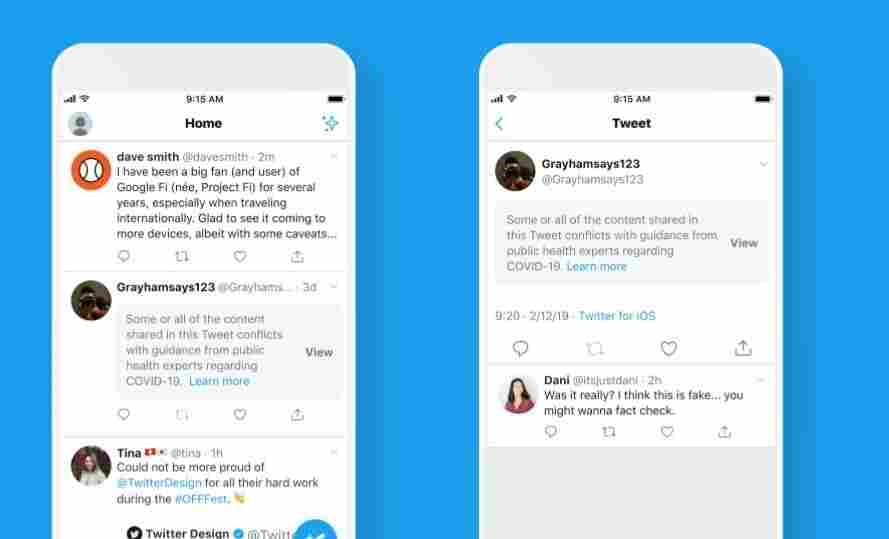 Twitter said on Monday that tweets related to the coronavirus deemed potentially harmful will be covered with a warning label before users can view them. Twitter hide caption

“Our goal is to make it easy to find credible information on Twitter and to limit the spread of potentially harmful and misleading content,” Roth and Twitter’s director of public policy strategy, Nick Pickles, wrote in blog post on Monday.

Twitter is following the lead of Facebook and Google, which have also introduced labels to help curb the spread of coronavirus misinformation online.

Given how rapidly information spreads on social media, platforms need to provide tools to help people know which messages to trust, Renee DiResta of the Stanford Internet Observatory told NPR.

“The main questions will be, ‘Who are the authoritative sources Twitter is partnering with?’ and ‘How quickly can these ‘inform’ overlays be put out in a fast-moving information environment?'” DiResta said.

Twitter said a group of “trusted partners” help determine when a tweet is not credible or in dispute. But Twitter officials declined to specify what individuals or organizations were among this group, saying only that non-profit groups, think-tanks and other expert sources are among the partners.

Twitter officials said they have found that users do not want the company to decide which messages are truthful, but they do desire context around tweets. As such, Twitter will not remove content that is misleading or false but doesn’t lead to to direct harm. Instead, the social media platform will diminish the reach of problematic tweets by, for instance, stopping tweets from trending.

When asked if the new labels apply to messages that politicians send, Roth said they would be attached to content “regardless of who the speaker is.” Twitter later clarified that public officials, including President Trump, are subject to the warning labels.

There are questions, however, about how frequently Twitter will use the labels.

Twitter last year announced that it issues “notices” on tweets from world leaders that violate its policies, rather than remove the posts completely, saying the content is still in the “public interest.” Yet that feature has almost never been used by Twitter.

With an eye on the upcoming election, Twitter announced earlier this year it would place similar labels on images and videos that had been manipulated, including deep fakes. But it has only used the labels twice, Twitter officials said on Monday.

Twitter is applying the labels to both new and old tweets that it determines contain challenged or dicey claims.

Roth told reporters that tweets about the origins of the coronavirus, a subject that has spawned countless theories and speculations on Twitter and across the Internet, are now labeled.

“If the facts on the ground are unknown, or if it’s a good faith dispute, those are the things that we’d err on the side of labeling,” Roth said.