Two Cups of Coffee and Buckets of Rain 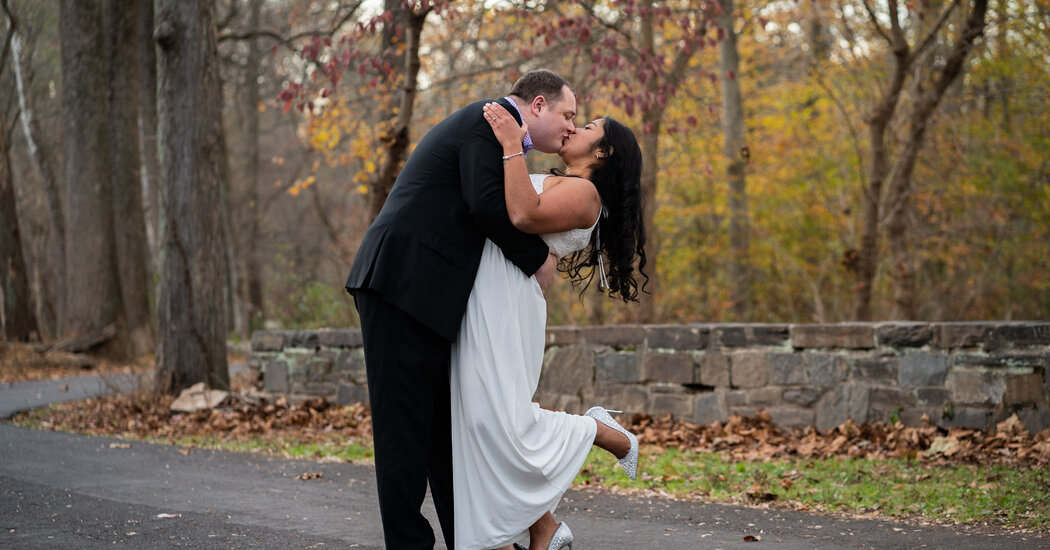 Karen O. Rubio and Kenneth Lorence have fond memories of their first date in August 2015, a visit to the Smithsonian National Mall in Washington. It was the start of a life together that began with two cups of coffee and never-ending buckets of rain that had them “running for cover,” said Ms. Rubio, 31, a speech language pathologist in the Red Clay School District in Wilmington, Del.

They were still running when it began to pour, and he offered her his hoodie, which she said was “sweet and thoughtful.”

“We sought refuge under a Metro bus stop until the rain subsided,” said Ms. Rubio, who arrived in the United States from El Salvador in 2014, and later graduated from the University of the District of Columbia.

“Since that time, Ken has stolen my heart with his blue eyes, attention to details, charming demeanor, and stubbornness,” she said. “He truly is the man of my dreams.”

There was no rain in the forecast when the couple returned, hand-in-hand to the Smithsonian National Mall on Aug. 18, 2018, though puddles of tears and thunderous applause occurred the minute Mr. Lorence, 33, dropped to one knee and began to propose to her in Spanish.

Somewhere between the Capitol Building and the Washington Monument, Mr. Lorence’s proposal, which he prepared and had translated on Google, went on, and on, for more than 15 minutes.

“It felt like forever,” said Ms. Rubio, laughing. “But he got every word right, it was really incredible.”

Unbeknown to her, family members and friends were hiding in the shadows, and her family in El Salvador watched the proposal, in its entirety, via FaceTime.

“This is the woman I wanted for the rest of my life,” said Mr. Lorence, a programs administrator for the PMI Educational Foundation, the global philanthropic arm of the Project Management Institute in Newtown Square, Pa.

“My Spanish isn’t that great,” he said, “but just seeing the joyful expression on Karen’s face made it all worthwhile.”

One family member who wasn’t there was Mr. Lorence’s father, Kenneth S. Lorence, who died in December 2016, just 16 months after Mr. Lorence and Ms. Rubio met.

“That was a very difficult time in our lives,” Ms. Rubio said. “But I watched how beautifully Ken began taking care of his mother when his father passed away,” Ms. Rubio said. “In my culture, we always say that the way a man treats his mom is the same way he will treat his wife, and it is no different with Ken, who truly loves me and always goes out of his way just to comfort me.”

They were married Oct. 10 at the Chapel of the Seven Gifts of the Holy Spirit at Holy Ghost Preparatory School in Bensalem, Pa. The Rev. Christopher McDermott, a Spiritan priest, performed the ceremony. (Despite the coronavirus, the couple were able to keep their wedding venue and date intact, and saw their guest list drop by only 15, from 115 attendees to 100.)

“We complement one another because I challenge him to take calculated risks and he challenges my patience,” Ms. Rubio said. “Even so, he makes me a better person because I feel that I can be myself with him.”

“He loves me for who I am,” she added, “my silliness and my quirks.”

ByIra GlassThe New York Times and “This American Life” formed a new partnership this year, and one of my favorite things about it is...
Read more
Fashion