Type 2 diabetes: This popular sugar-alternative could be key weapon in fighting condition 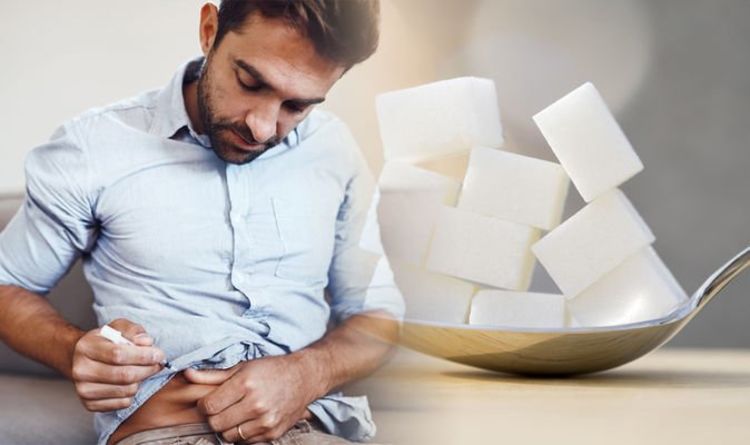 All those who suffer from type 2 diabetes are in a constant tug of war with their blood sugar levels (in other words, blood glucose). Managing the condition requires being mindful of what you eat and drink. When you crave a little bit of sweetness in your life, research has shown that there’s a certain sweetener that can help control blood sugar levels.

Dr Grace Farhat, a lecturer from Liverpool Hope University in food science and nutrition, revealed: “Stevia – a naturally-occurring sweetener – could be a new player against obesity and diabetes.”

Stevia is a plant-based alternative to sugar that has been used by the indigenous people of South America for thousands of years.

“Previous studies have suggested certain non-nutritive (also known as artificial) sweeteners may increase appetite while also altering the make-up of the gut bacteria, resulting in several human conditions such as obesity and diabetes,” added Dr Farhat.

In her experiment, test subjects were asked to drink either plain water, water mixed with 60g of sugar, or water mixed with just 1g of stevia sweetener (a non-nutritive sweetener), before having an unlimited pizza lunch half an hour later.

“We wanted to see if stevia led to people eating more, because that’s the presumption when there’s sweetness without the calories,” said the doctor.

The non-nutritive sweetener (stevia) adds a sweetening effect without adding carbohydrates or calories.

“But what we found was that there was no difference in food intake between stevia, water or sugar,” continued Farhat.

“People ate the same amount of food after these different preloads.”

This finding suggests stevia doesn’t increase your appetite to compensate for the lack of calories, like some other sweeteners.

“What’s also important,” added Farhat, “is to note that those who consumed stevia were less hungry than when they just had plain water.

“It shows we can reduce hunger without the need for consuming more calories.

“And that’s important, because if we’re going to control diabetes and obesity we need to control appetite and blood sugar levels.

Results such as these reveal that consuming stevia will help prevent people from overeating – and consuming more carbohydrates – which affects blood sugar levels.

With the NHS spending £14 billion each year – 10 percent of its overall budget – treating diabetes and its complications, and an estimated 1.2 million increase in the number of people suffering from the condition by 2030, this breakthrough study gives a glimmer of hope to more easily controlling blood sugar levels.

Dr Farhat added: “While further studies are needed, our research shows stevia could be a promising option when it comes to controlling energy intake.

“Therefore, it could have a beneficial effect when it comes to obesity and diabetes.”

“It could be a useful strategy in obesity and diabetes prevention and management.”

Diabetes UK has reported that stevia is 200–300 times sweeter than sugar and is heat stable, so it can be used in cooking and baking.

ByTo live a long and healthy life, ensuring your diet is as natural as possible is key. Preparing meals and drinks at home is...
Read more
Health

Flu jab symptoms: Can the flu jab make you ill?

How can I boost my energy? Five ways to fight tiredness

ByEveryone feels tired from time to time and there are many causes of tiredness. Exhaustion could be down to psychological, physical, or lifestyle causes....
Read more
Health

COVID isolation to be slashed to seven days in quarantine boost

ByOfficials are understood to be studying the proposal following growing concerns in Whitehall that too many people are ignoring the current rules. The move...
Read more
Health

Staffers flee HHS amid growing fears of a post-election exodus

ByBy Dan Diamond "I've personally seen people working on their resumes inside the office," the senior official added. "It's no secret." While there are typically a...
Read more
Health

Best supplements for the over 50s: Why you need vitamin B12 and vitamin D in later life

ByJerlyn Jones, a dietitian, recognises "some folks may need extra help" to receive the nutrients they need. Even if you're eating a varied diet,...
Read more