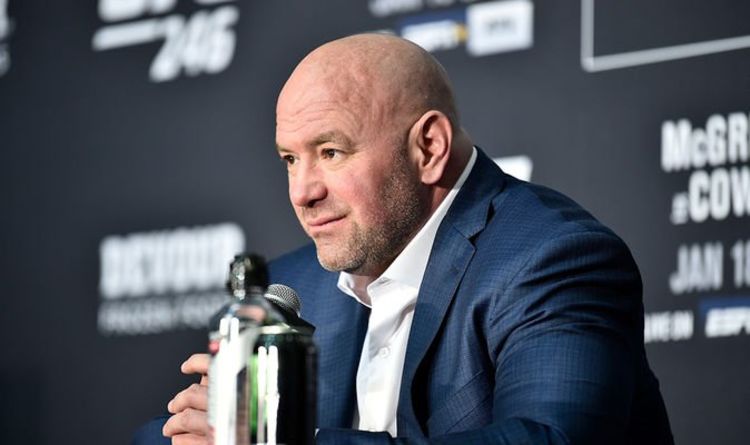 UFC 249 has been cancelled and Dana White has confirmed that the decision was taken out of his hands. White had been looking for an official location to host the controversial event, despite the UFC president having confirmed he had booked an area, with reports that bouts would take place on a private island.

However, according to ESPN, not only has UFC 249 been cancelled but all UFC events have been postponed indefinitely, because of the coronavirus pandemic.

White insisted that he was ready to promote the event but things were taken out of his control.

However, White also confirmed that he had been asked to “stand down” by top Disney and ESPN executives and following the request he will be doing so.

In an interview with ESPN’s Brett Okamoto, White explained how the decision was made.

JUST IN: Rose Namajunas out of Jessica Andrade fight as UFC 249 suffers blow

“One thing that I’ve said since we started our relationship and partnership with ESPN, that it has been an incredible one.

“It has been an amazing partnership, ESPN has been very very good to us and the powers that be there asked me to stand down and not do this event next Saturday.”

This latest development comes after Rose Namajunas pulled out of her main event fight with Jessica Andrade.

Namajunas’ manager, Brian Butler, said the strawweight champion won’t fight at UFC 249 after two deaths in her family were related to the coronavirus.