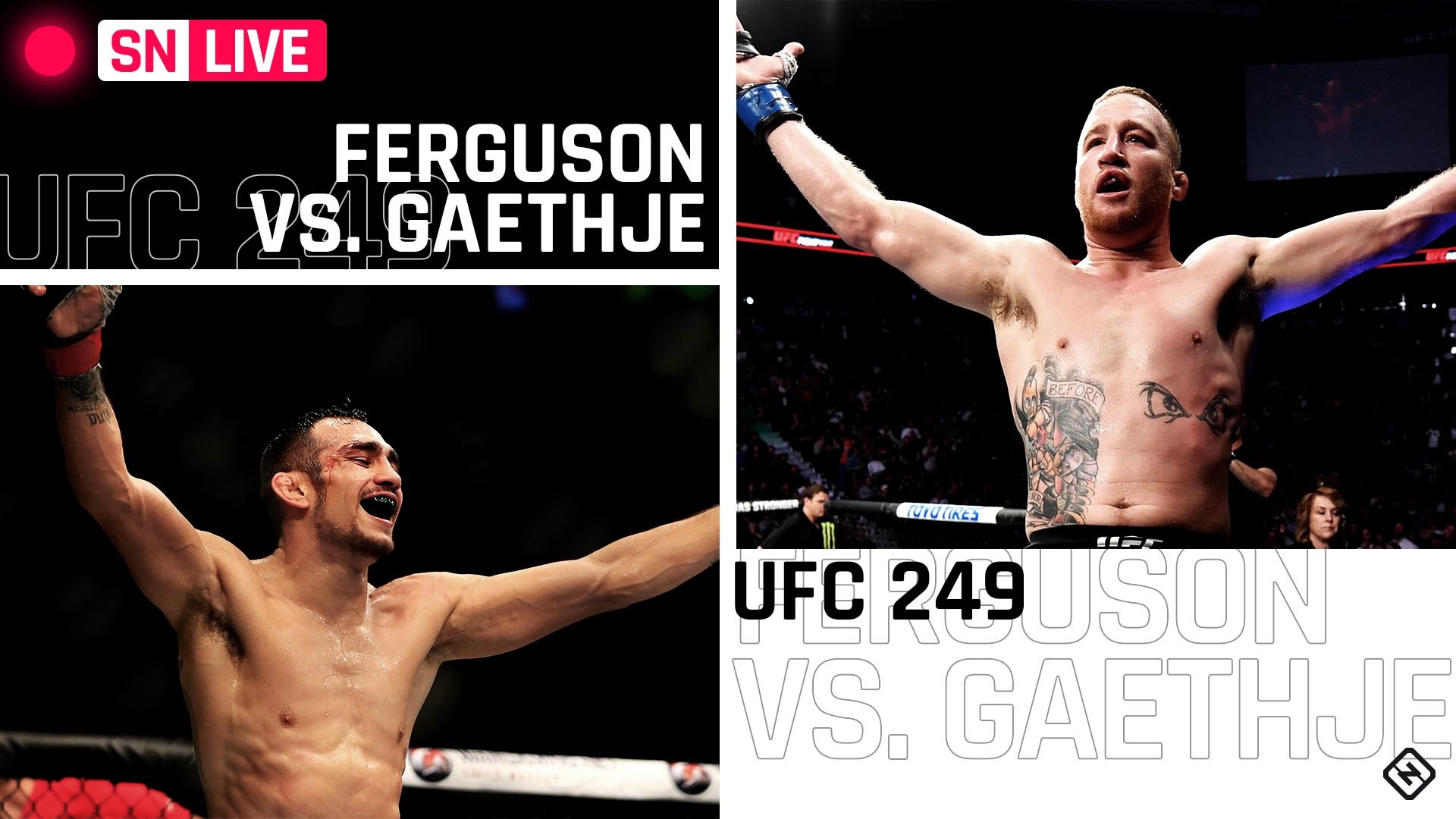 Originally scheduled for mid-April, the event is going through at UFC president Dana White’s urging without fans in attendance amid the coronavirus pandemic. White previously tried to ram through the event in California before relenting at the request of ESPN.

There are 11 fights scheduled for Saturday, including five on the main card. The interim lightweight title and bantamweight title are up for grabs.

Sporting News is tracking live updates and highlights from UFC 249, including the Tony Ferguson vs. Justin Gaethje main event and the rest of the fight card. Follow along for complete results.

Updates will begin at 10 p.m. ET when the main card gets underway. Follow preliminary action in the next section.

Waterson appeared surprised by the decision after a neck-and-neck battle.

Heck of a fight there. Price landed some big-time blows, including an early kick to Luque’s face, and started the third round in control. Luque landed the decisive strike, though, with a late hook that sent his opponent to the ground.

What time does UFC 249 start tonight?

Fight fans are in for a big night of action Saturday with 11 bouts over a span of more than six hours. The preliminary fights are scheduled to start at 6:30 p.m. ET, followed by the main card at 10 p.m. ET.

Tony Ferguson and Justin Gaethje are expected to step into the Octagon shortly after midnight ET to close out the night in style, in a matchup that will determine the interim lightweight title.