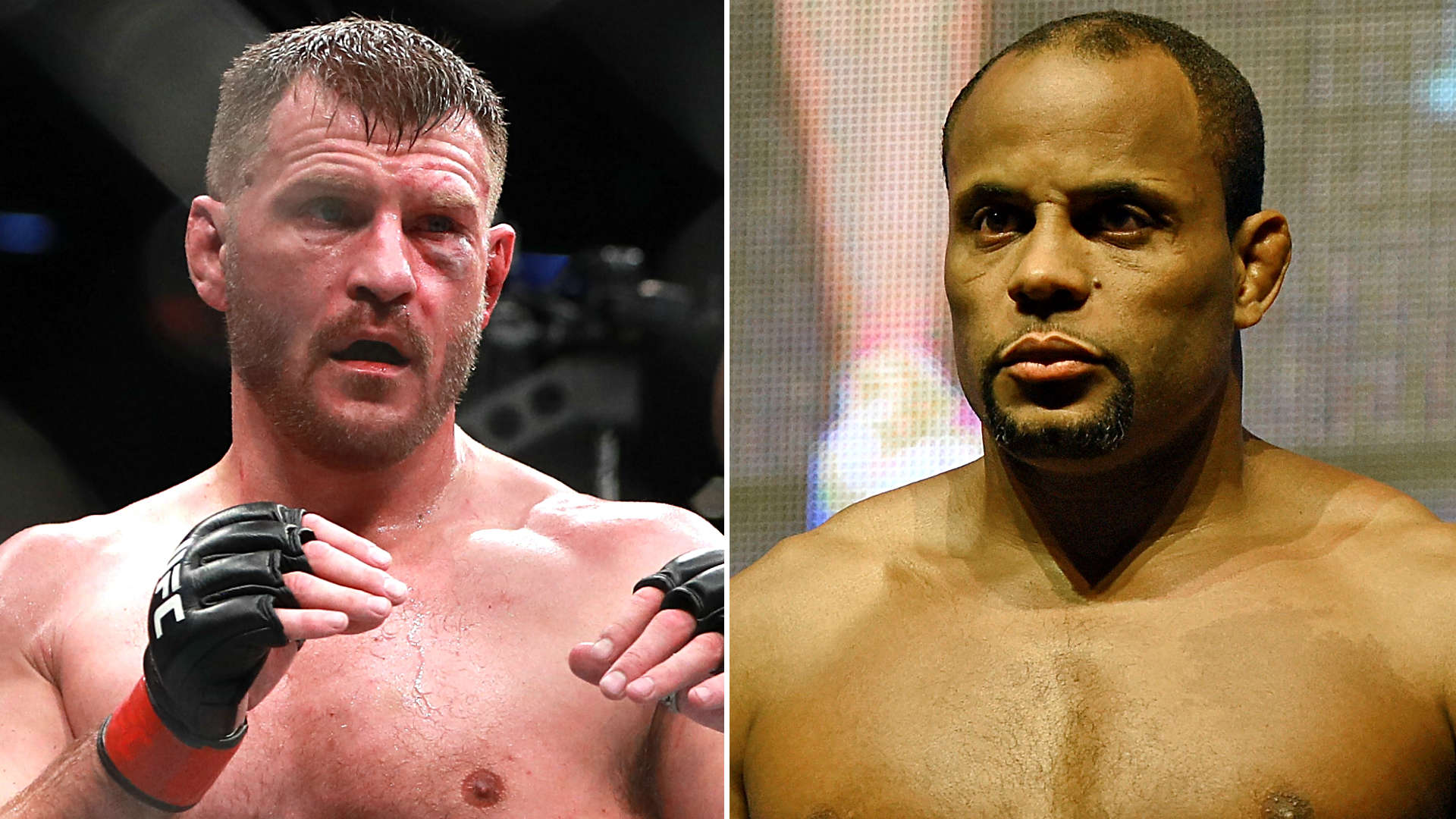 UFC heavyweight champion Stipe Miocic and Daniel Cormier will settle the score and stake their claim as the greatest heavyweight fighter in UFC history when the two square off in the main event at UFC 252.

The trilogy will take place at the UFC Apex in Las Vegas on Saturday, Aug. 15, as Miocic will aim to send Cormier into retirement while the former champion looks to regain the title and ride off into the sunset as one of the greatest fighters of all time.

The rivalry began back in July 2018 when Cormier halted Miocic’s title run with a shocking first-round knockout and became a dual champion in both heavyweight and light heavyweight.

But Miocic would get his revenge a little over a year later when he regained the title with a fourt-round TKO.

Miocic was well on his way to becoming the most dominant heavyweight champion in UFC history before Cormier derailed those plans. He’ll have the opportunity to prove that the first fight was a fluke and nothing more than a speed bump on his road to greatness. Meanwhile, should the 41-year-old Cormier defeat Miocic and call it a career, it will be hard to keep him out of the conversation as one of the greatest mixed martial arts who has ever lived.

Here’s everything you need to know about UFC 252, including the time, odds, full fight card info and how to watch Miocic vs. Cormier 3.

How much does UFC 252 cost? PPV price for Miocic vs. Cormier 3

In the U.S., the UFC 252 main card is available via pay-per-view on ESPN+, which also requires a subscription. The PPV price for UFC 252 is $ 64.99 for current subscribers, while new subscribers can pay a bundle price of $ 84.98 for UFC 252 and an ESPN+ annual subscription, which is a savings of over 25 percent.

Click here to learn about the different pricing and bundling options with the ESPN+ platform.

UFC 252: Miocic vs. Cormier 3 will take place at the UFC Apex in Las Vegas with no fans in attendance due to the coronavirus pandemic. Neither Miocic nor Cormier are strangers to fighting in Las Vegas, but this will mark each heavyweight veteran’s debut at the UFC Apex.

MORE: Get the latest odds at SportsInsider.com