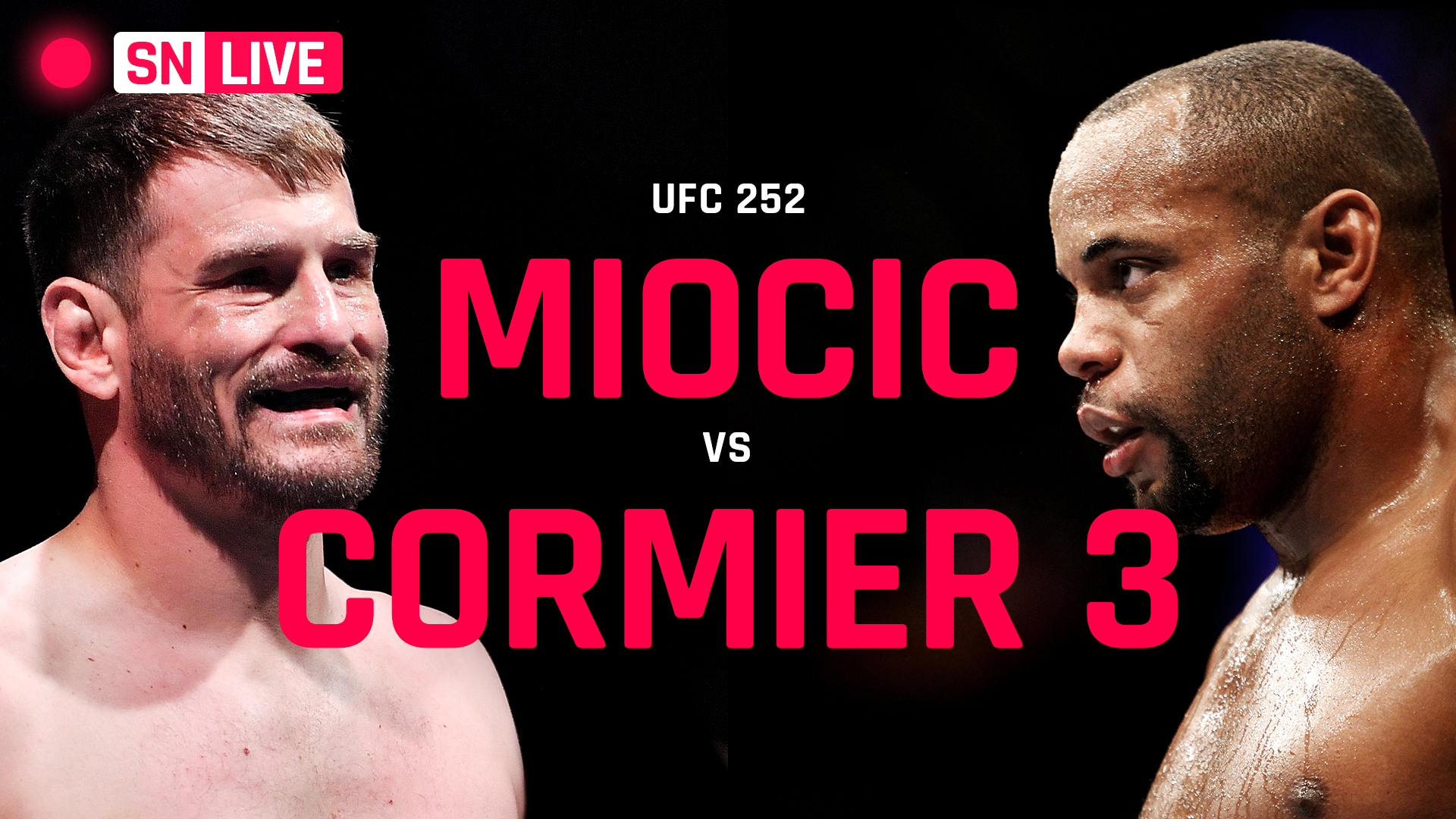 UFC 252 brought the heat on Saturday night with the legacy-determining completion of the Stipe Miocic-Daniel Cormier trilogy, won by Miocic via unanimous decision.

Miocic and Cormier went back-and-forth throughout the duel, but a Round 2 knockdown by Miocic proved a turning point Cormier could not recover from. Both fighters were poked in the eye, though the one Cormier took appeared a more painful blow.

Cormier reiterated after the fight that this would be his last UFC contest. He explained anything other than a title bout — which he now almost certainly will not be offered — did not interest him.

Elsewhere on the main card, Sean O’Malley, the previously undefeated and much-hyped 25-year-old bantamweight prospect, lost to Marlon Vera via TKO after injuring his lower body early in the fight. He could not leave the Octagon under his own power.

Sporting News tracked live updates and round-by-round highlights for every fight on the UFC 252 pay-per-view card, including the Miocic-Cormier 3 main event. Follow below for complete results.

12:54 a.m.: Miocic has Cormier pushed against the fence. He probably has the slight scorecard edge with 1:30 left to go.

12:50 a.m.: Cormier clearly had trouble seeing in Round 4 but might have had Miocic beat there.

12:46 a.m.: It appears Cormier took a finger deep into his eye at the end of that last round. Went unseen by the official, though.

12:43 a.m.: Cormier’s camp should be pleased with how Round 3 went considering the way Round 2 ended. Seemed to be able to recover a bit, even if he didn’t land many blows.

12:38 a.m.: We were about to say Cormier was finishing Round 2 very nicely, but then Miocic knocked him down and almost finished him off with 10 seconds remaining. Cormier survives for now, but that was a big moment.

12:35 a.m.: Cormier isn’t sitting back, though. He’s dealt some punishing blows as well.

12:33 a.m.: Miocic lands a combo early in Round 2, and for just a moment there was a hint of concern in Cormier’s eyes.

11:57 p.m.: Seems like it’s a foot or leg issue for O’Malley. He’s running around and hoping to sneak out of the first round.

11:45 p.m.: Sean O’Malley and Marlon Vera are making their entrances.

11:36 p.m.: Rozenstruik clocks Dos Santos with a counter-punch and swarms his opponent with a fight-winning barrage. Rozenstruik by TKO.

11:24 p.m.: Rozenstruik is still standing after 20 seconds. That’s a mini-win after his previous fight.

11:17 p.m.: Before the co-main events arrive, Junior Dos Santos and Jairzinho Rozenstruik will go at it in a heavyweight matchup where each fighter has a lot to prove.

11:03 p.m.: Burns begins Round 2 by tackling Pineda and keeping him down low.

10:39 p.m.: Dvalishvili wins by unanimous decision. He looked really good, varying his approach throughout the matchup and taking it to Dodson.

10:30 p.m.: Dodson has done a good job slipping out of would-be takedowns. Still, he seems to be playing from behind.

10:23 p.m.: Dodson is struggling in the early going. His legs are getting pummeled.

10:15 p.m.: John Dodson and Merab Dvalishvili are making their walkouts.

9:58 p.m.: Vinc Pinchel completes the prelim round with a victory by decision over Jim Miller.

9:50 p.m.: The final prelim bout is living up to expectations.

8:15 p.m.: Ashley Yoder vs. Livia Renata Souza is underway in the strawweight division.