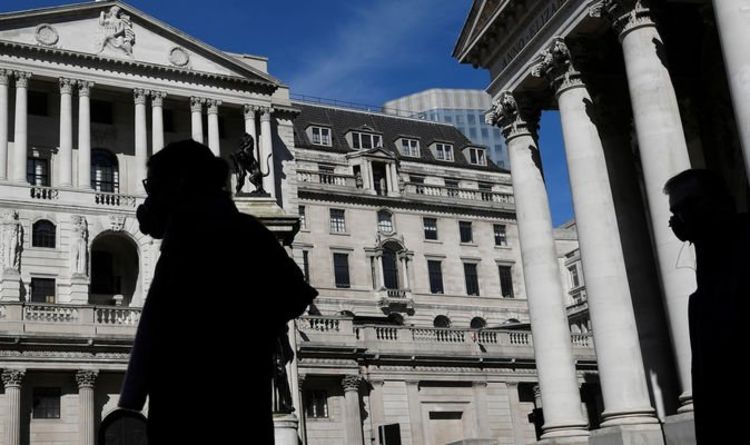 The bank warned clients the pandemic’s economic impact will be greater in the UK due to the country’s dependency on its services industry, which is deeply affected by social distancing efforts. The initial consensus was for a 20 per cent decline in earnings, however, strategists said: “We think that this is not low enough.

British stocks have come out lower than their European peers in the recent rebound.

The FTSE 350 Index has risen about 6.5 percent over the past month versus a 12 percent gain for the Stoxx Europe 600 benchmark.

The gauges remain 26 percent and 21 percent lower for the year, respectively.

Citi have said payouts are under pressure too, and for pension funds heavily invested in income strategies, the blow is expected to be harsh.

Investors have been advised by Citi to favour “less risky, or defensive sectors, such as telecoms, food and beverage, pharma and utilities”.

The strategists suggest industries such as banking and energy look expensive amid likely “major” cuts to dividends, although oil shares could be supported by a rebound in crude prices later this year.

Britain, which has the fifth-highest death toll worldwide, has extended the lockdown a further three weeks.

Having faced criticism for not implementing containment measures quickly enough, the Government is now under increasing pressure to explain its exit strategy.

Ministers are required by law to assess whether the rules are working, based on expert advice, every three weeks.

Mr Raab, deputising for Prime Minister Boris Johnson as he recovers from the illness, said: “There is light at the end of the tunnel but we are now at both a delicate and a dangerous stage in this pandemic.

“If we rush to relax the measures that we have in place we would risk wasting all the sacrifices and all the progress that has been made.

Mr Raab said the review concluded the measures were working, but there was evidence the infection was spreading in hospitals and care homes.