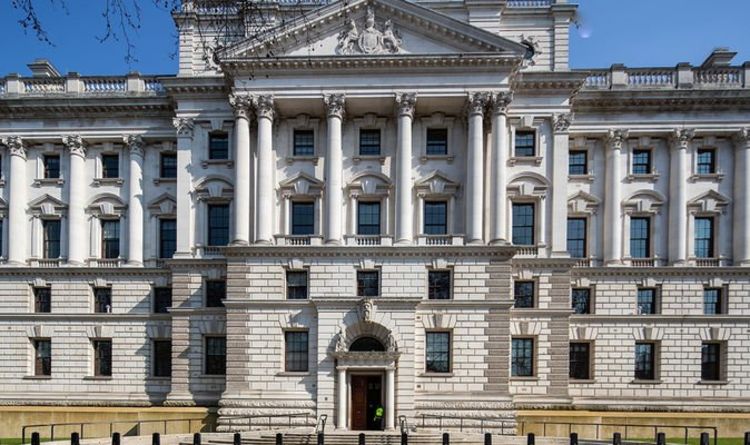 The UK is expected to see a GDP loss of 35 percent according to the Office of Budget Responsibility (OBR) as a result of the pandemic stopping business.

He fears that too long in lockdown is seeing britons “losing the will to work” and a way of working amid the virus is essential to economic recovery.

He wrote in the Telegraph: “Despite the efforts now under way, involving an unprecedented degree of international and corporate co-operation, effective vaccines and antiviral drugs are at least a year away, and it will probably be longer still before they are available at scale.

“We cannot afford such a wait.

“Rather, we have to find ways of living with the virus that are compatible with the resumption of a reasonable degree of economic activity.”

Mr Warner believes that the OBR’s prediction of 35 percent collapse in second quarter GDP is “optimistic.”

He said: “The prevailing view now is that (the OBR’s predicitions) may, if anything, be over optimistic.

“Removal of restrictions is likely to be gradual, rather than all at once, with the fear factor remaining a potent drag on economic interaction for some time to come.

“Whether it can afford to finance livelihoods and businesses through such a prolonged hiatus must be increasingly open to question.

“There is only so long the Government can rely on the Bank of England to keep bankrolling the deficit through asset purchases before it undermines confidence in the wider monetary system, the currency collapses and the economy succumbs to an inflationary calamity.”

READ MORE: How UK’s oil industry could follow Trump’s historic US drop due to coronavirus lockdown

The article comes after Chancellor Rishi Sunak that he was “deeply troubled” by the OBR’s predictions.

He said on April 14 at a Downing Street press briefing: “This is going to be hard.

“Our economy is going to take a significant hit and as I’ve said before that’s not an abstract thing.

“People are going to feel that in their jobs and in their household incomes.”

ByCassie Gill Courteney Cox just gave us the best gift ever! The ‘Friends’ star even dubbed herself the ‘symbol of Thanksgiving.’Courteney Cox, 56, goes viral...
Read more