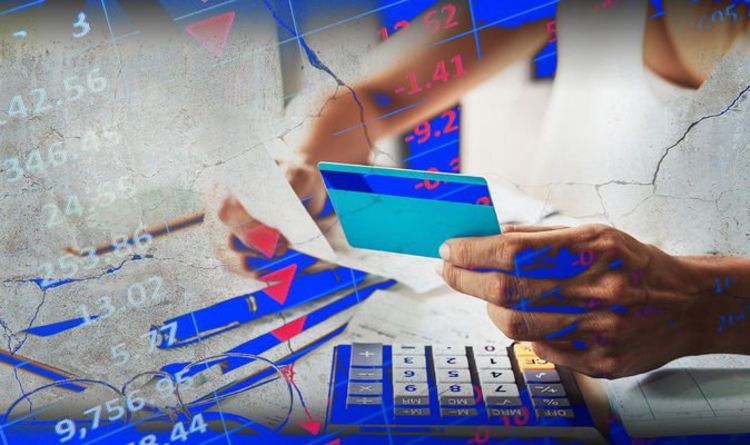 Boris Johnson enforced a nationwide lockdown last month, ordering people to remain indoors and not travel unless absolutely necessary as Britain desperately battles back against the coronavirus pandemic. This has seen businesses close because of the disappearance of consumer footfall and consumer spending, buckling under the huge financial strain from millions of pounds of lost trade. Millions of jobs have been lost as a result, and with millions more expected, unemployment rates could rocket to record highs this year.

Rishi Sunak has already made several spending pledges totalling hundreds of billions of pounds in a desperate attempt to limit the damage to the UK economy, workers, businesses and jobs.

But last week the Chancellor admitted the economy could shrink by as much as 35 percent between the April to June quarter as the disastrous position the UK already finds itself in becomes evident.

Britain is tumbling into a recession, but financial experts are convinced it will be worse than that experienced during the financial crisis in 2008 and possibly the deepest in more than a century.

Ben Harris-Quinney, chairman of the Bow Group think tank, warned that Britons will inevitably be exposed to the “chilling reality” from the trillions of pounds the coroanvirus crisis will cost the economy, resulting in an “unholy trinity of spending cuts, tax rises and inflation”.

He told Express.co.uk “The ultimate cost to the UK economy of coronavirus is likely to run into the trillions.

“The Government cannot entirely protect the economy or taxpayers from that chilling reality.

“These levels of spending mean that the entirety of the Government’s economic strategy had been torn up.

“The deficit reduction strategy has been torn up and it is likely many other aspects of Government spending such as HS2 will be reviewed.

“It will require a complete rethink on how the country and government operates going forward.

“Placing the burden on taxation or inflation would be unwise for long term economic growth, but the government will likely attempt to use all measures at its disposal to balance the books in the short term.”

Britons, whilst praising the Government for the hundreds of billions being spent to desperately attempt to prop-up the economy and save millions of jobs, have been left wondering how this will be paid back.

But pressure group the TaxPayers’ Alliance warned hiking taxes would be “totally disastrous” for already under pressure households struggling to make ends meet.