UK firing on all cylinders! Business confidence at highest for... 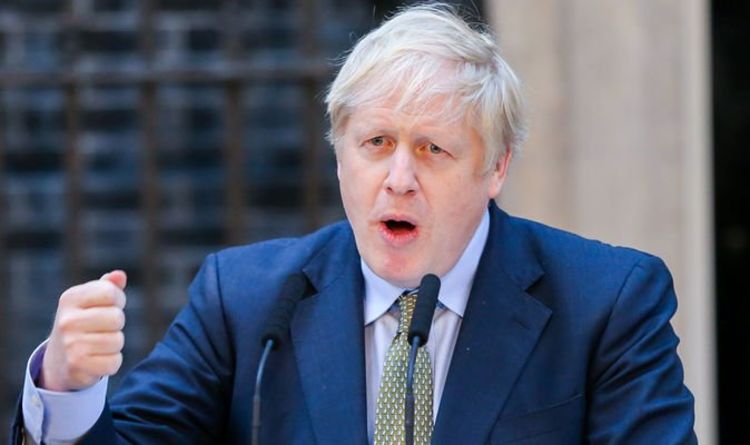 Boris Johnson’s thumping election win has put a halt to the economic uncertainly caused by Brexit and provided businesses, investors and financial markets some much needed clarity. The study conducted by the Institute of Directors (IoD) found confidence in the economic outlook had swung 39 percent points, from the red into the green, between November and December. The confidence indicator, which measures the net balance between firms that are optimistic against those who are pessimistic, had been languishing in the negatives since the spring of 2018.

In November, in the lead-up to the winter general election – the first since 1923 – business confidence was measured at -18 percent.

However following the Conservatives landslide victory, economic confidence has swung dramatically into the green to + 21 percent.

The IoD said confidence in the economy was now at its highest since after the EU referendum in June 2016.

The IoD, is the UK’s oldest representative of business leaders, and was awarded a Royal Charter in 1906.

Tej Parikh, the chief economist at the IoD, said: “Britain’s directors will be entering 2020 with a little more festive cheer than might have been expected only a few weeks ago.”

British businesses were given further clarity on Friday after MPs backed Mr Johnson’s Brexit withdrawal agreement, paving the way for the UK to exit the EU on January 31.

The second reading of the European Union (Withdrawal Agreement) Bill was passed by 358 votes to 234, a majority of 124.

Following another triumphant victory, just eight days after the election, the Prime Minister called on MPs come together and stop using the terms Leave or Remain.

Mr Johnson said: “Now is the time to act together as one reinvigorated nation, one United Kingdom, filled with renewed confidence in our national destiny and determined at last to take advantage of the opportunities that now lie before us.”

Once all the legislation is passed through the House of Commons and House of Lords, the UK will enter transition period in order to strike a deal of the future relationship between the UK and the EU.

Ahead of the trade talks, the IoD has warned of caution and insisted business remains “sensitive” to Brexit developments.

The IoD added: “Our members’ confidence has proven sensitive to Brexit developments over the past few years, and this is likely to continue during negotiations in the year ahead.”

The data provided by the IoD is based on a poll of 952 company directors between December 13-20.